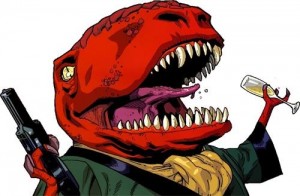 Well I had a week off and gaming got friggin’ done.  A lot of it.  Game after game of Shadowfist, two 5 hour + games of Talisman 4th Edition, Dragon Lairds and a weekend of  handful after handful of D10’s being thrown for Exalted to top the shit off.    Thanks to everyone that suffered through the debauchery, the rump-gasps, rank foists, dank, oppressive basement conditions and cursing as it was probably the most solid week of gaming I’ve had since 2004 or so.   To have two days in a row that consisted of waking up at 10AM, stumbling around trying to find food and the preparing for a few hours for another almost all nighter of the ultimate nerdery is really a gift that one at my stolid age and life-choices shouldn’t be allowed to have.

Shadowfist:  Some great games were played  and beatings delivered (as usual).  My only issue is that 4-player is the maximum enjoyable size.  Five player just starts to break down, not the game engine at all, but the ability for players to play with the intensity that a multiplayer CCG requires for that long of a time.  I’d rather get 2-3 three player games over the same span of time than one big-ass five or six player game.   My decks did OK, with the exception of my A-list deck, which did phenomenally well in the hands of some of the less experienced players (I never played the deck myself).  One player, we’ll call him STEVE, got Ting Ting, the Golden Gunman and Steven Wu out onto the table at the same time.   Even though he didn’t win that game, this was a moral victory forever.    The most interesting deck I saw out of the group was a horrific use of Bonechill by Mouth.

Dragon Lairds:  Becoming a favorite, though one person, we’ll call him SCOTT, wins every game all the time.  While this is derivative of another game (can’t remember the name), I wouldn’t play without the Tom Wham (and friends) art work.

Talisman 4th Edition:  Like Shadowfist, if you have more than 4 players, you’re just not going to be able to sustain the intensity over 5 hours of play.  Though the two games we got in were fun, I think that’s quite enough Talisman until the Dragon expansion is released this Fall.   The new horse deck is great as well as the trinkets and non-item rewards you can get, though I am still wrestling with the ability of players to gain Craft from monster trophies.  Overall though with more than 3, I would say this is just not going to be on the menu for a long time to come.   Notable is that someone tried to play the Monk (who got awful nerfed in the new version) and failed.  This is understandable when your only power is to have +3 to normal Combat.

Exalted: What can I say, I know the issues everyone on the internet has with this game and yet when we play it, it’s  hellaciously fun.  Not as much combat happened during the sessions we played compared to the last session with these characters, so only a hundred dice hit the table instead of hundreds and hundreds.  I’d been planning to run one of the (very few) published adventures (with some tweaks) for the game and it worked out well, inserting some of my own characters in here and there and decreasing the difficulty when an experienced RPG gamer pulled a Steel Reserve fueled newb mistake and wandered off during a dungeon crawl portion only to be jumped and nearly destroyed by one of the most obvious traps ever conceived.  While the combat has an awesome amount of crunch, I’m still not totally sold on social combat.  It’s interesting, but one of my players mentioned immediately: “if this is dropping my willpower, why wouldn’t I just instantly attack?”  Exactly.  In two instances of social combat from published adventures, both have antagonists that speak through other mediums so they cannot be instantly attacked (Return to the Tomb of Five Corners and Daughter of Nexus).  That’s telling about what players are apt to do during social combat when up against an actual enemy.  From reading the interweb tubes over the last year or so, and my shock at antagonists from the Scroll of Exalts with 50+ charms, I was thinking of converting the whole campaign to Feng Shui or FATE, but after these sessions I just don’t see the point.  I won’t mince words though that Exalted is a heavy bitch of a game to prep for and run as a GM, and as you get to higher power levels, well nigh impossible.