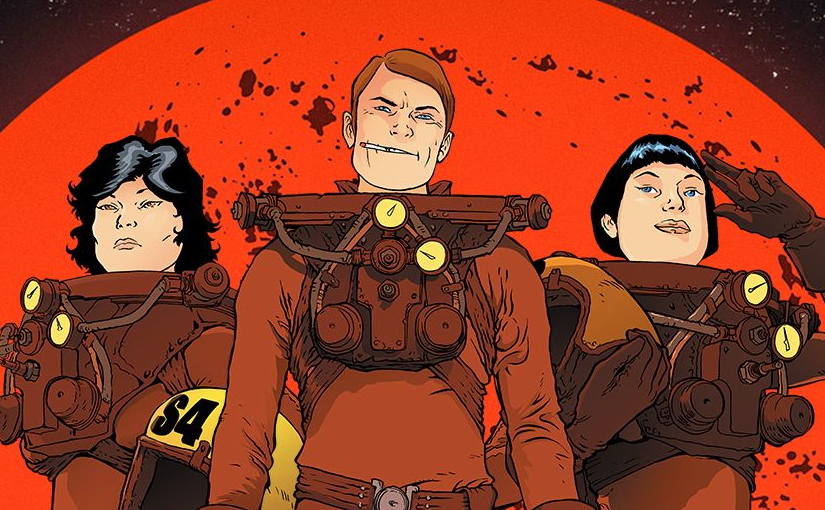 Another indy kickstarter I failed not to back. Based on a Graphic Novel (or maybe the other way around), this looks to be a similar game in theme to Stationfall as in: Space, Aliens, Paranoia, except this one is a deck builder. I got suckered in by the art, and then read more about the game and was impressed by what it is trying to do.

While there’s a lot of the appearance of FOMO created around the CMON kickstarters, the recent purge of old Kickstarter exclusive content on Miniature market for SMOG, the Others, Hate (kickstarter only in the first place!) and other games means that no matter what is labelled ‘exclusive’ by CMON, it will always come out eventually, and sometimes at very reasonable prices.

The real FOMO is these little kickstarters from new companies that barely make their funding goals and if they don’t the games never come out. I remember an adventure game a few years ago with a really cool map/art that didn’t hit it’s goal, and was never heard from again.

Yes, you may be tempted by CMON, FF or various large publishing company’s kickstarters, but it can really pay off to check out what the small guys are doing (Dungeon Degenerates!), even if you get burned by some mediocre games from time to time (such as Murder at Devil Pines).