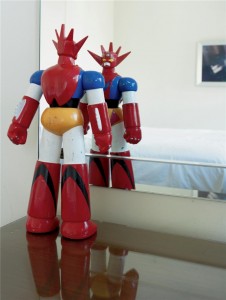 As a high school/college lad (and an embarrassingly long time afterward) I was far too languishing poor to buy a lot of gaming stuff; but oh boy did we used to play.  We would make boats for Man o’ War out of balsa wood, we played with pieces of paper representing units in Warhammer, made terrain from toilet paper tubes and furniture rubbish, wrote our own adventures for WFRP and Paranoia and so on.   What we had rather than cash then was time– and quite a lot of it compared to at least my current count (hell 1 hour free from other stuff is a long time these days) .  Granted we could have been working during this time to buy more stuff for the games, but you know, it was in between classes or those idle weekends right at the beginning of a college semester when all your homework was long done so why not throw down a 15 hour game of Adeptus Titanicus or two?  Or play Talisman every single day (sometimes twice)?

These days I cannot wholly complain as I’ve gotten in a good 50 hours of Warhammer Fantasy Battle in the last year as well as a much smaller amount at the boardgame table, but the long swaths of time like back in the day just cannot be spent without planning  months in advance.  I think it’s because of this lack of actual play that makes those of us with heaving masses of other real life responsibilities buy stuff– sometimes lots of stuff–for games we know we may never even get a few games in.

Case in point for me personally was an Epic 40K fever over the Holiday, where I dropped 100$ or so on miniatures and terrain.  I have one buddy that played it back in the day but no group to get into it– an certainly the game is dead as dead can be from the publisher so it’s a game with no real future at all (that said all of the incarnations of the game are pretty great).  Yet, I see buying stuff for a game sort of like buying a lottery ticket– if you have the lottery ticket you can DREAM about winning and pressing random people onto your personal yacht that goes to your small country in Africa where you can hunt the most dangerous gameof all and drive ATV’s all over manicured English Gardens: if you have the gaming stuff you can DREAM about playing and in this stage of life as it were, I think that’s all you can be sure about doing– the play sometimes is just too much work to get to.

This does not just apply to miniature games– Starcraft 2 was a complete bust for me as I just didn’t have time to get involved in the game online early on nor get a group of friends to play with– and if you get on it later all you will do is get your ass kicked constantly and no one cares about it because the next big thing is already out.  As for board games– I played Advanced Squad Leader (Starter Kit 1) last night and while it is a cracking great game I realized after checking ebay for the second starter kit (ouch that’s $$$) that I had only played three times in two years.  Now ASL is a SUPER heavy, and it takes awhile to get back into the swing of the rules (it does play extremely smoothly once you get going and I still heap praise on it as an incredible design) but is it worth it to buy and expansion when you haven’t even gotten your plays worth out of the initial set?  It may be if I can sit and think OK, I have X game expansion in the bank– I can think about setting up a game whenever, and can read forum posts about it, etc. because I have all the tools I need to possibly play it, it makes thinking about playing it just that more fun.   Twilight Imperium 3, a game I still am on the fence about whether it’s a pile of shite or not, tempts me whenever I see it to pick up the new expansion, even though we’ve only played 3 times and some of my play group abhor it.  Just like a lottery ticket, it may be the fantasizing about playing is worth the price of buying it and by buying it we may be scratching an itch for actually playing that we no longer can have at our stage of life.  As pathtic as that is, that may be the long and short of the reasons for a random splurge on something that logically won’t hit the table more than once or twice, if ever.

That said, anyone up for a Necromunda campaign!?