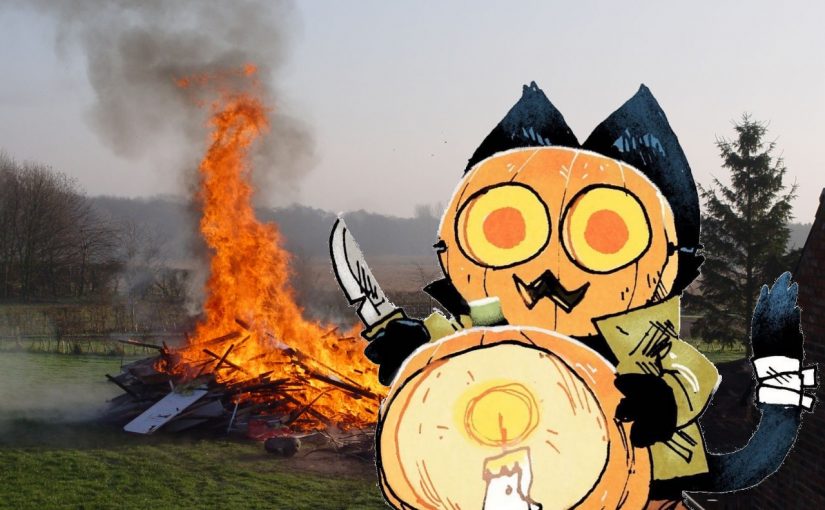 Having followed and played Root for almost a year now, I highly suspect from a thematic perspective that the much balance-maligned Vagabond is absolutely meant to be the strongest ‘faction’ in Root. I realize some of the vagabonds are stronger than the others, but for simplicity, I’m going to treat him as a singular faction.

First off, what is the vagabond mechanically?

He’s a timer. The way his points escalate and the fact that he can only be mitigated, never ‘beaten’ times the game. Whether it’s killing all meeples or doing quests the vagabond WILL win the game unless someone else does first. While this applies to all of the factions, many of them require certain board conditions to score that are opposed directly by other player’s faction goals, the Vagabond does not.

He has no board presence. When you look at a ROOT board, you see Cats, Cats, Cats and one area with a lot of birds. This remains this way until mid game where there are TONS of cats in one corner and quite a few birds (or moles or lizards) in other areas. The vagabond isn’t easily noticed on the board and doesn’t raise alarms because he can co-exist with other factions either in the forest or in clearings.

He’s a force multiplier. The vagabond can give other factions much needed cards and help in other ways if allied (move armies around for example). If you are friends with him, he can help you a lot– but at the cost of helping him win the game.

He has ridiculous action economy potential. While the vagabond cannot be stopped from winning eventually, the core issue is that mid to late game, he can take a shocking amount of actions, especially if factions have built items and the Vagabond has created spaces for the other players by exploring ruins (many experienced vagabond players don’t do this). Once he gets an item, unless he’s extremely unlucky with an attack on his turn, he can basically never lose that item.

He punishes the heavy crafters. While the other factions may be scoring points by building stuff (looking at you Alliance), they are also making the Vagabond that much stronger. If players don’t pay attention and suddenly two of them built swords in the same turn– watch out world.

In fighting games like Virtua Fighter or Samurai Shodown, or miniature games like Warhammer 40K or Necromunda there is always imbalance and the designers have to decide what characters or factions are better than the others, because it’s nearly impossible to balance all the sides– so they must pick some to be stronger. They usually do this due to theme.

A great example is Ken and Ryu from Street Fighter. Ken is by far the strongest against the entire roster than Ryu is. However, Ryu is basically built to beat Ken.

In some cases, sometimes designers choose the factions with the most learning curve to be the strongest– IF the player is willing to put the time in to learn them. Izayoi from Blazblue Central Fiction is a good example– very difficult to play as a new player but in the hands of someone who has put the time in, probably the best character in the game. Akira from Virtua Fighter is a very difficult character to learn and use, and while VF has no tier list (it’s just that well designed), Akira is a good example of this.

The Vagabond is the most difficult faction to learn in Root with the most word-count in rules and very ticky-tacky. However, I would argue that rules mistakes with the Vagabond usually HELP the player of that faction rather than hurt them, which is different from the Alliance which needs all of the minutiae of their mechanics to work together for the win.

While there have been some tweaks to the Vagabond since the first printing, it’s nothing major DESPITE all the weeping and crying of players when they lose time and time again to the vagabond (especially Alliance players!). Why is this? THEME.

I think the designers very much want to have an extremely strong (strongest in fact) Vagabond faction thematically. The Vagabond is Yojimbo. Siegen Irako. Ryunosuke Tsukue. The man with No Name. Kibagami Jubei. Patrick Bateman. This is the essential protagonist (or antagonist in some cases) in the stories they inhabit. Bateman is literally trying to destroy people’s lives to draw attention to the absurdity of modern existence. Ryunosuke is so troubled by his past crimes and compartmentalized by society (literally and figuratively at the end of the film) that he just goes ahead and tries to kill EVERYONE. Yojimbo, Jubei and the man with no name waltz into control-machine factional conflicts and tip the balance so that the entire local system collapses onto itself. This is what the vagabond’s role is in Root– upset everyone else’s systems. If you ignore him, he wins. If you attack him, it’s usually to no advantage to your own faction and may even weaken you so you are at the mercy of the other factions. This is how it’s supposed to be.

I actually posted about Irako Siegen and ROOT on board game geek a while back after finding this quote while reading the Manga:

ALL of the other factions represent hierarchical societies and fixed class systems (yes, even the Covids and the Woodland Alliance). The vagabond, like Irako Siegen, is there to repudiated them ALL.

So, the next time you get your ass handed to you by the Tinker prancing around fulfilling quests and tinkering away or one of the psycho killer vagabonds wrecking the Lizard rabble for massive points and bitch about it to everyone: remember, it’s supposed to be that way.