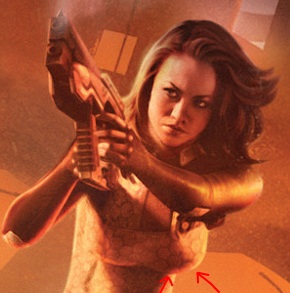 From Gametrailers.  Looking all sorts of awful good.

The first wave of mods have begun hitting the net for Torchlight and while searching it’s going to be a long wait before some ardent fans start tackling an undertaking as huge as an equivalent to Diablo 2’s PENULTIMATE Zyel Mod, but here’s a couple goodies.

First off is Torchleech – a mod manager extraordinare.

Second is really the first mod that has piqued my interest (I’m not very interested in the ‘little tweak’ type mods at all) and that’s Starch the Monster Hunter— a new NPC with a new set of maps and a handful of new monsters, all surrounding the post-main storyline gameplay in the infinite dungeon.

My review of Torchlight is really pointless as I have 100% recommend it to everyone I know and love.  In short, they nailed the look and feel, nailed the feel and flow of the combat but they missed the boat on the crafting/enchanting.  I expected more out of the game in terms of crafting items.  Since Diablo 1, we have picked up thousands of items that were largely useless to us except to lug around and sell, and Torchlight is no different over a decade later.  Later Diablo-clones have created a way for the crap items to be harvested to make better stuff or a visual cue that you should ignore them when they are lying on the ground.   For example, if you have 3 normal swords of the same type, you can craft those into a low level magical sword, and with three of those, you can get to the next tier, and so on.  While there are sockets in Torchlight, and Enchanting, you end up piling your pet with rubbish to sell for a pittance most of the time.  Granted, the pet running off to town is a brilliant idea, which , guaranteed, will be stolen by Blizzard if D3 ever comes out.

What’s more, any discussion of the game needs to mention that Torchlight not being multiplayer.  Except for a few visual glitches here and there and the fact that they seem to still have a model’s shadow displaying through ceilings like Hellgate London, that’s about the only complaints I have.  That said, I heartily endorse Torchlight and think it’s got a great future as a brand.  I’m only on my second play through and while I loved my Alchemist in my first play through, I absolutely adore the Destroyer class.   It’s one of those games like Dominons 3, Strange Adventures in Infinite Space and especially Mount & Blade that will probably never leave my hard drive. 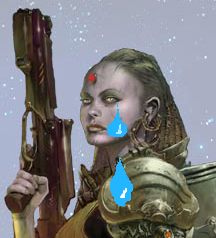 Wife: Well it can’t be that much, it’s just an expansion.

Wife: Woah, that must be a pretty terrible game* to need such an expensive expansion.

Huffing the Console FPS choad, DICE failed to bring BF Bad Company 1 out for the PC.  While it may have been to keep sales of the extremely popular Battlefield 2 and, while less popular, the much improved Battlefield 2142 high, it was still a disappointment for fans of the series. However, BF Bad Company 2 is looking bad to the ass in many ways. In a confusing move, the beta for the game is out on the PS3 and not the PC so there is some choad huffing still going on.  However, there are some impressive vids to whet the whistle.

Walking out to my car in the cold I wondered to myself why do we insist that our characters in games run as near to 100% of the time, only slowing down for some treacherous traverse or to check out some piece of 3-D architecture, yet we walk around slow as molasses?  What’s the hurry we have in games that we certainly do not have in real life?

Given that I was given my right of passage through the parabolic showers of gibs of Quake 1, where it is only possible to be stopped or run at a uniform, top speed at all times, I get confused at the ability with, say, an analog control stick, to move at LESS than a uniform, 100% top speed. With all the years of FPS WASD–I had forgotten that this type of movement has been completely missing from gaming until the most recent generation of consoles.  What’s more, the analog sticks, while ghastly slow for aiming, allow many more directional options than the 8-ways allowed in WASD.  That said, I still see few reasons to go less than full blast running in, say Crackdown, but then there’s Bayonetta–who’s walking animation simply has to be viewed over and over and over from every possible angle.  This post really was just a tangent to mention that walking animation.