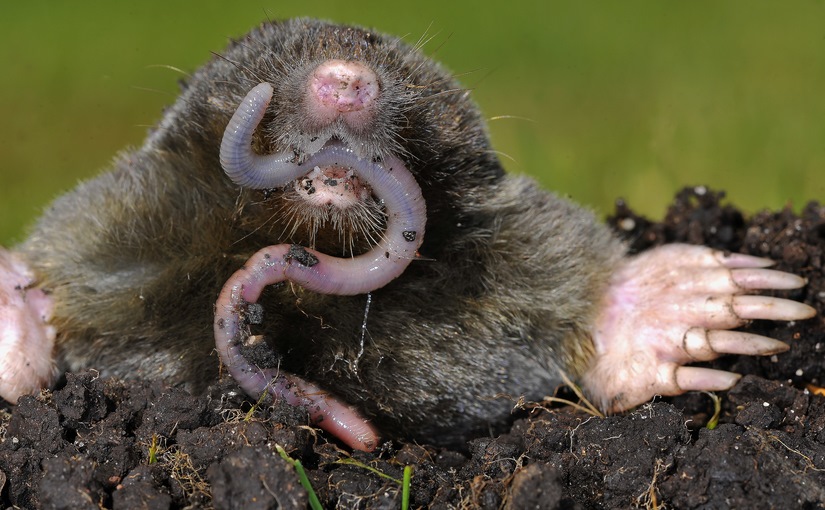 I couldn’t help myself and printed out the PnP of the The Great Dutchy of the Moles from the new Root kickstarter and we got in a couple games with them plus the base four factions (Cats, Alliance, Vag, Eyrie). Here’s my view of the Moles so people can see if they fit their play style.

The Moles start with a single tunnel on the board that connects to their off-board ‘cave’ where the moles swarm from. The mole cave connects to ALL the mole tunnels, so the more tunnels you have out on the board, the easier you can move your guys around. Moles have a terrible action economy at the beginning of the game with only two actions to take (cats have three in contrast). Their actions are similar to the Cats: Move, battle, recruit, build (factories or citadels), dig (add a tunnel) so if you are familiar with the Marquise, you will easily pick up how to play the Moles.

Despite their weak and slow start, the Moles can elect members of their underground species to parliament by revealing matching sets of cards (2, 3 and 4 depending how far you are up the parliamentary track), which begins to increase their action economy. This is a bit like the bird’s decrees… and is also fairly unstable. Once officers are placed in parliament, you can take their action every single turn. Most are Move or Recruit, draw cards, etc., but three of them score points off the buildings on the board, which is the main mechanism for scoring for the moles. Other than crafting and destroying stuff, the Moles get points for electing officers and using officer actions to score points. Unfortunately if you lose buildings due to battle, you also lose officers permanently (much like the Riverfolk’s trading posts).

The Moles need to control areas to build buildings, keep lots of cards in their hands (and not use them!) in order to get parliament filled up as well as watching their scoring to not alarm the other players…

Like the Cats and the Birds, the Moles are useful to police the forest against the non-area control factions (Vag, Lizards, Riverfolk and Alliance), so you need to stake your claims on the board and then kick the crap out of those little bastards if they come around. You will need to likely make an alliance with one of the other police factions or you’ll both end up losing badly.

The Moles are an interesting design, basically a new take on the Marquise de Cat but with a little of the Alliance and Eyrie mixed in. I’ve played twice with them so far, and in one the Cats pulled out the win in the end, with the Dutchy in second place, the second place (5 player game) the moles ended up lagging mid game and in 3rd place. They are very much about take-and-hold with them being pretty useless scattered around the board since they really really need to protect their buildings once they start scoring points.