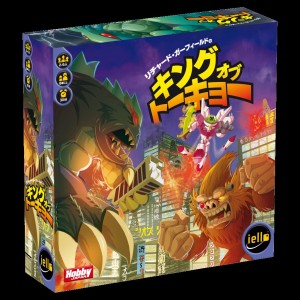 Richard Garfield.   A wealthy man, living the dream of all game designers everywhere to put out something that just PRINTS money for the publisher.  He did it and I won’t besmirch Magic the Gathering one bit because without it we wouldn’t have Shadowfist or Jyhad and probably would not have had the sexplosion of boardgames we have today.

You’d figure a guy like this would just buy an island somewhere with the proceeds off his black lotuses alone– but he didn’t, he kept cranking out games left and right, and none of them were bad– just nothing like Magic in terms of making the greenbacks.  Jyhad is superior in everyway to his first CCG for multiplayer, and I would rather plow through the rules again for a game of Netrunner with starter decks than play Magic.  However, these were CCG’s in the same vein as his blockbuster and with the deluge of CCG’s at the time, who needed them?  It wasn’t until Roborally that he moved into the boardgame region– and that’s a great game.  Now decades later we get what is essentially a spin on Yahtzee with a lot of rolling of the dice: King of Tokyo.  I was more than a little confused to see his name on the box, what with the kawaii style illustrations along the lines of Small World and the like– and a dice game of all things!

I’ve only gotten in 10 games so far (my absolute minimum before writing a review) and that said, Mr. Garfield knows what he’s doing and he’s put out what I think could be the best game of 2011.

The chrome is all about monsters tearing all sorts of shit up in Tokyo ala King of the Monsters or Godzilla Final Wars (an awesome film that has to be seen to be believed).  Each player picks one of the arch-typical monsters (a Godzilla clone, King Kong type big ape, a giant crab, etc.) and takes a very well made stand up/illustrated figure and slaps it in front of him along with a cardboard piece with a couple dials in it for scoring (Victory Points and Health).  All of the monstrosities are exactly the same with the exception of the names and aesthetics.  As you will see below, the game starts symmetrical, but becomes asymmetrical as the players play the game.   The board itself has only two spaces, Tokyo and Tokyo Bay.  With 4 or less players, Tokyo Bay is not used so essentially the game has a board with a single space!  The goal of the game is either take out all the other monsters by reducing their health to zero or getting to 20 victory points first.  This is accomplished by sitting on the Tokyo space at the beginning of your turn, having another player concede Tokyo to your monster after doing damage to them, scoring sets on the dice or by purchasing power up cards that give VP’s (such as a bullet train or a bunch of tanks).  The game comes with a deck of cards that consists of a mess of zany stuff– most of the fluff and crazy mechanics are here–and four are laid out for purchase at all times by any monster with enough power points (little green cubes).

Each players turn consists of rolling six huge dice that have different icons on each side– one is an attack that will do damage to all creatures not in your current location, one gains health (not in Tokyo though) one gives power points with which you can buy power cards and a set of 1, 2 and 3 that when rolled in a set of 3 give that many victory points.  So if a player rolls three 1’s they get one VP.  Players get two rerolls of any of the dice after their first roll and after the final reroll, must take the actions shown on the dice (you cannot choose not to attack for example).  Attacking hurts Monsters inside Tokyo if you are outside and ALL the monsters outside Tokyo if you are inside.   Once the dice actions are complete, players can buy the power cards with available power and then the turn passes.

The rerolls are where the decisions start to get interesting.  Players have a lot of control, not so much over what they roll, but what they don’t want to use.   So when you sit down to a game you can think– I want to try X tactic this time, such as set collecting, holding Tokyo or powering up my monster.  Set collection is a very viable way to win the game, as well as simply going for as many power points as you can get and buying up VP’s.  Since there is a lot of interaction between players, nothing you do is in a vacuum.

The first time I played I found it odd that the monsters were all exactly the same, but this is where some of the genius of this design shines through– as you play the game, you get to build up your beastie using the power cards to the creature you want.   As the game goes along, each monsters starts to have stuff that it alone does– such as hitting all other players with it’s attacks or shrinking the other monsters down to a squashable size, etc.

There are some terrible translation problems on quite a few of the cards (this was originally a French game) but if you play in the spirit of the rules these are easily figured out.  I do mean terrible though so watch the card text closely the first few times you play.

That said, this is not a heavy game, but I absolutely refuse to agree with reviewers that call this the damning “light filler,” I have had nights where we played only this game and it was a shitstorm of awesome monster smack talk and derision. Certainly it’s not Wallenstein or Blood Royale, but how often can you bust out something heavy like that and have it play well with all the chatter and drinking that goes on in a typical board game night?  Not very often: while King of Tokyo can be busted out in 5 minutes and played in 20-30 (some games are even shorter).