…Because surfing the internet to read all the AGE OF SIGMAR rage and retaliation is too good right now. Posts on Reddit, posts all over 4chan with a level of humor that is difficult to even comprehend because when you can say whatever you want anonymously on a topic, people tend to say some real silly shit.

My verdict? The base set game is shit. There’s a big ass rulebook coming out that may make the rules better (or even viable), but whatever is in the box set is aiming to be the CANDY CRUSH of miniature games; e.g: it’s aimed to sell a lot to folks that ain’t to discerning. No thanks.

Is WFB dead? Fuck no.  And as a long time GW fan, who thinks a lot of their game design is dead brilliant but they kill off the good ones for business reasons (which makes sense), I’m personally used to this and really don’t begrudge them because once I have their rules, that’s all I really need in the long run.  Necromunda, Mordheim, Battlefleet Gothic, Space Marine /Epic 40K, Legends of the Old West and soon to be LotR and the Hobbit are just a few.  All will still be played, all will have stuff you can buy for them if you want to play, either GW second hand or some other manufacturer.

Rumor is that the developers of the SWEDISH COMP are going to develop the first fan version of Warhammer Fantasy Battle.  Once it’s in the hands of the fans, like Blood Bowl, it will never ever die. 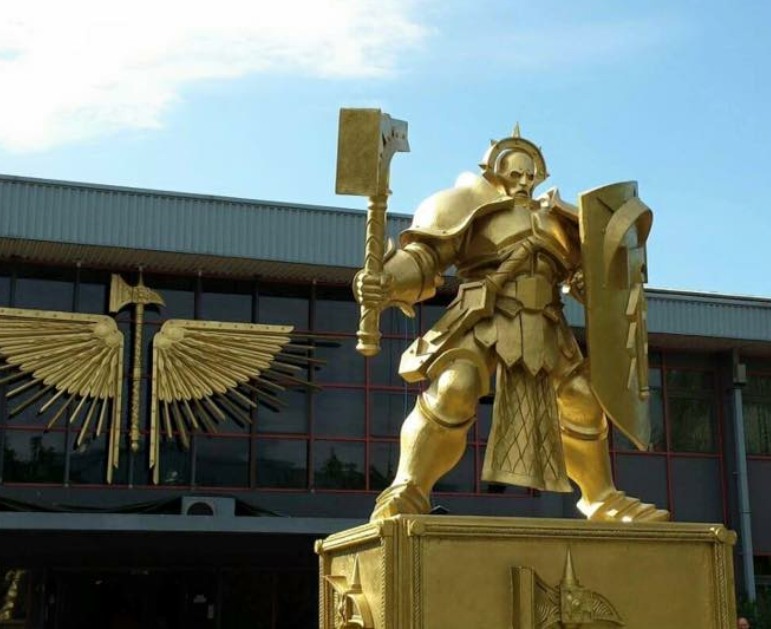 >What is their new statue made of? The broken hopes of a million loyal WFB players.

There’s some videos around of note. First is a dude that I have a lot of respect for for his CONSTANT battle reports of 8th Edition games commenting on Age of Sigmar. He’s a reasonable man and passionate about the game and despite his care for the tournament scene which makes no difference to me, it’s a good listen.

and Some rich idiot that burned his Dark Elf army to a crisp.