I didn’t run a lot of modules this year or pre published adventures but my favorite that I did run was a zero level funnel for DCC called FT0: PRINCE CHARMING, REANIMATOR. 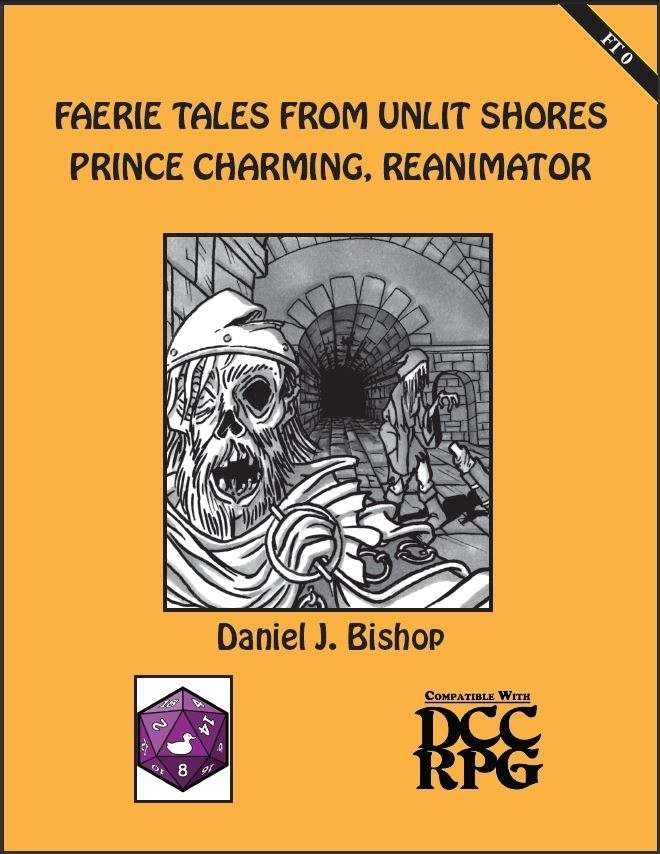 I ran this with a mixed group of kids and adults and they all loved it.  Some of the then drunk adults even composed and recorded a song: Chuck Schick and the Shield of Truth, even though I think the shield is actually a sword.

The adventure revolves around Prince Charming (who is an asshole) acquiring another bride of a certain type, that is– a beautiful girl who has recently died that he then brings back to life with his reanimator serum.  Since this is a funnel, the horde of PC’s are tasked with bringing the bride back to the prince from the very dangerous castle that she sleeps in.  Things go horribly wrong, as they are supposed to in any funnel game, and only a few characters made it out alive.  My son made the mistake (in his opinion) of making one of his 4 pack of characters a female and naturally that was the character that survived to first level.  While he continues to complain, he is playing in the follow up Adventure, F1: Creeping Beauties of the Wood.

A great little adventure, with kids or not.