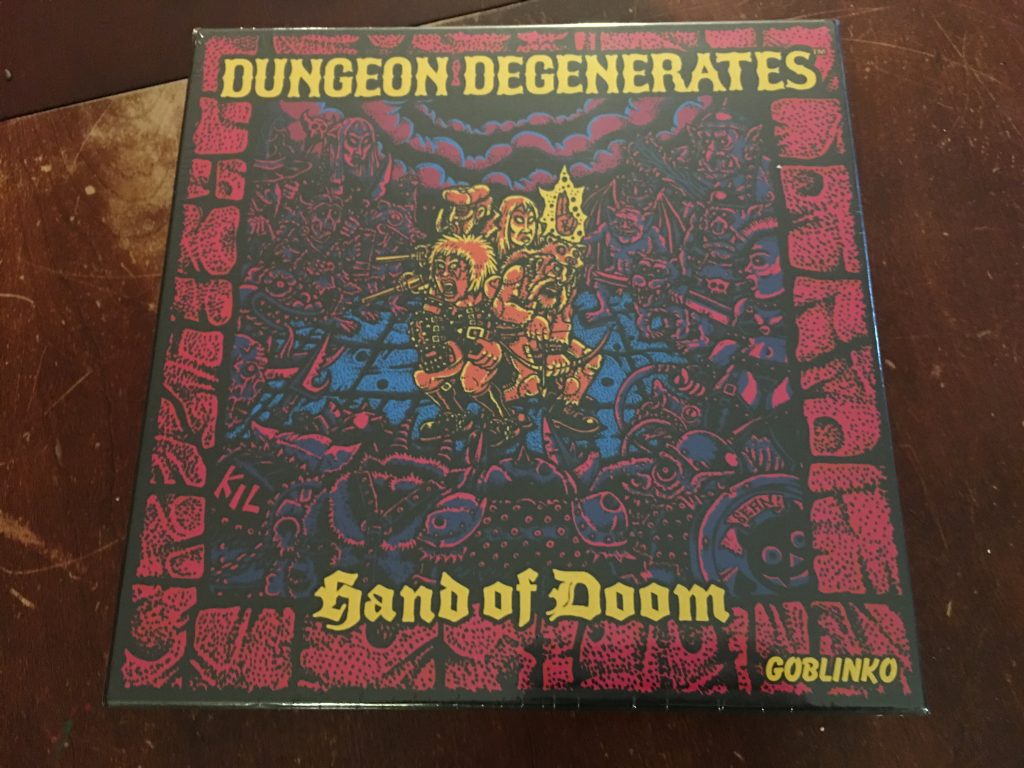 If I was to compare this game to anything I would say it’s like a coop version of Tom Wham’s Search for the Emperor’s Treasure with a much darker backdrop and a bit more complexity in a few areas.   If you’ve never played SFtET that’s OK, it should become obvious what type of game this is with a brief description. 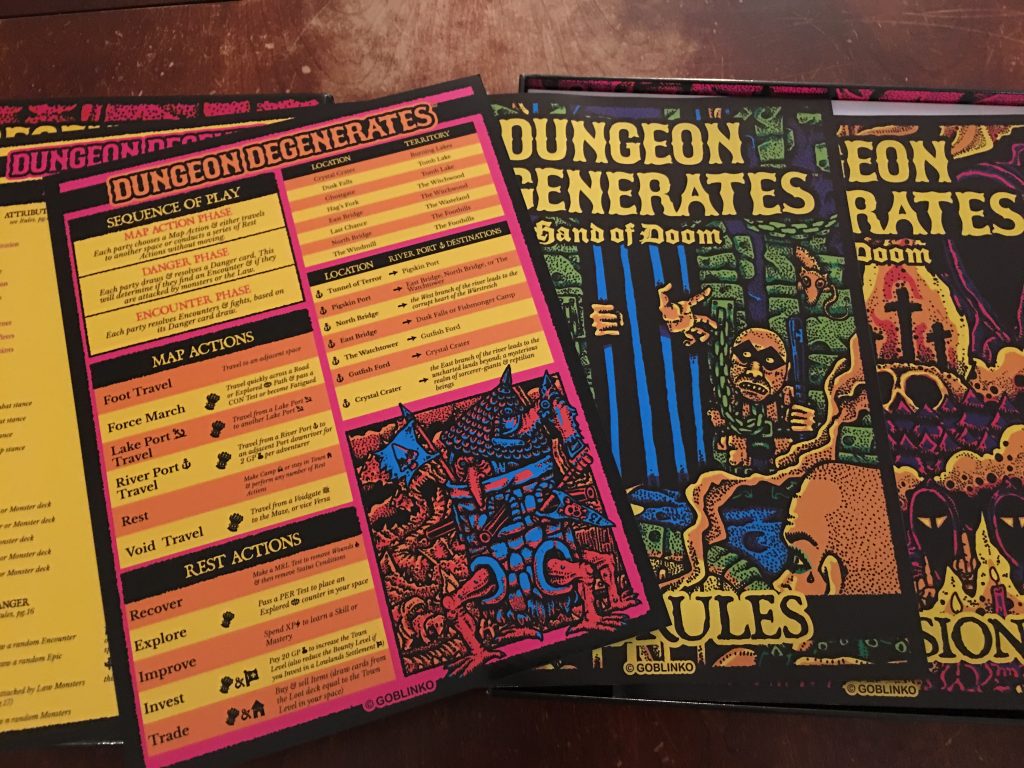 You are a group of escaped prisoners from the city dungeon of Brutellburg in the province of Wurstriech.  Wurstreich is getting worse and more dangerous all the time. The party can choose to fulfill various missions (or not) as you run away from the law and various monsters.  These missions lead to other missions and then you have a long story arc for your party through the game. You level up(sort of) and buy new gear as well.

The rulebook is a bit daunting. I read through it as a PDF a while back but didn’t have the game in front of me so very little STUCK up inside the brain. I have given it a go solo and here are a few things to look for in your first play.

Tuesday night will be the first play through with people (though my kids may force my hand earlier) and I’ll post feelings then on more than just the presentation.

Last I want to say this.  I got Massive Darkness and this within a few weeks of each other.  Both are Co-op Explore/Kill/Loot/Mission games.  Dungeon Degenerates I actually set up and played immediately and will do so again asap.  Massive Darkness — I doubt it will get busted out even with the kids until Xmas or something. 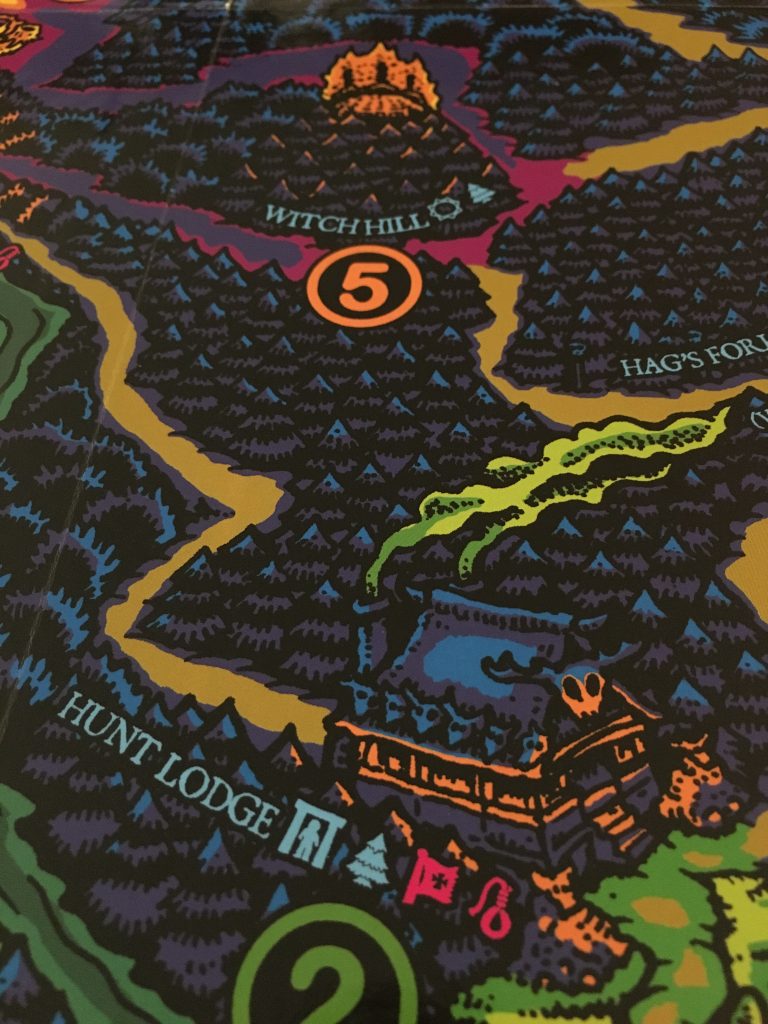