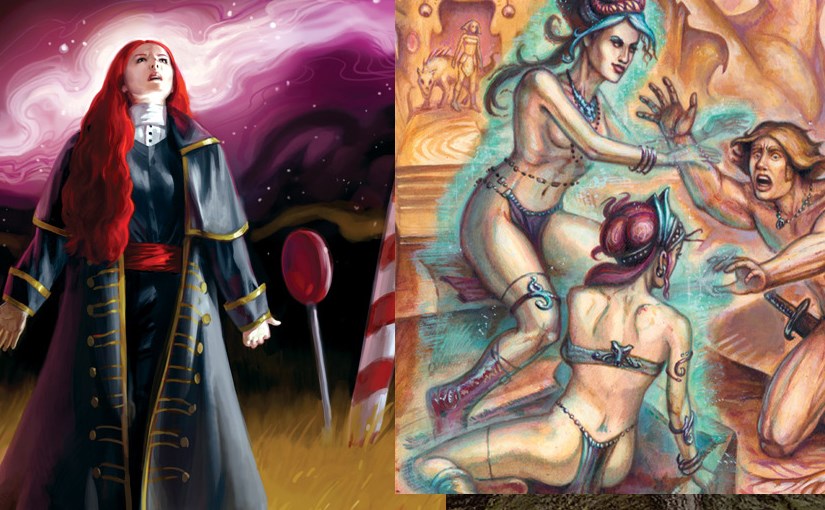 This is a precursor to a couple of brewing posts about our Scenic Dunnsmouth run about a month ago.  We used the Dungeon Crawl Classics magic system along with LotFP.

First, I recommend trying this out if you don’t mind a bit more chaos in your magic to a more cartoonish, gonzo level. DCC takes the spirit of LotFP’s beloved Summon spell and applies it to everything. The system reminds me fully of Warhammer Fantasy Battle 8th edition’s magic system, which is fantastic and dangerous and explosive.

The biggest differences are:

Overall, we muddled through and our GM was very enthused about it until there was a Cleric in the party, then Steve was not too happy. It does spin the Gygaxian dislike of spellcasters off into the ether and you have to be cool with that.