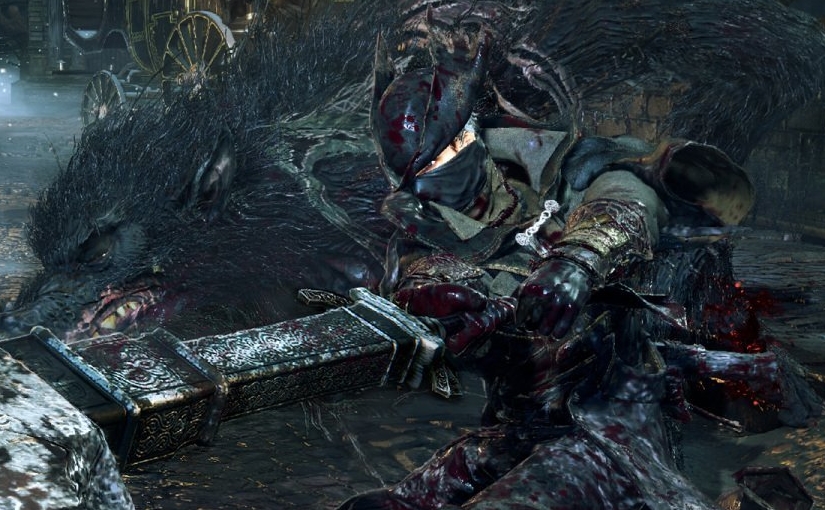 For those of you that like dungeon crawls and like SOLO dungeon crawls, Bloodborne is probably a ticket to dungeon crawl heaven. Frankly though, there are a fuckload of these types of games, almost a new one like this every month from various manufacturers. From CMON alone, if you’ve already got Zombicide of some sort, The Others, Rise of Moloch or the excellent and insane diablo-esque crawl Massive Darkness why would you even look at this one? Also take into account Games Workshops excellent forays into the dungeon crawl realm as well as tons of others (including Dungeon Degenerates!) I think BB is CMON’s answer to Kingdom Death, you probably love Bloodborne, and look at those miniatures (as always from CMON).

You have to ask yourself, as I have, what to do with all these big ass boxed games and all the miniatures. I picked up The Others, Massive Darkness and HATE and can attest that the first two are excellent but holy shit does the Others take up a lot of shelf space, Hate isn’t all that bad which is odd because of all the miniatures it has in the box (which are CMON’s best so far, even if the game doesn’t have mass appeal).

Given that you have the means and board game addiction to pick up some of these big ass games– what do you do with them? You play them of course, but how many times? These are similar to games we played in the 90’s and early 2000’s that took years to acquire (or even get released) miniatures of this amount. For Necromunda or Bloodbowl, you could build up your teams over time rather than this huge blast these games require even with their base sets.

I think one solution is to have a community of gamers buy these together or share them, play through the campaigns in each and then sell them off or keep them if there is absolute love. Many of these dungeon crawls especially do not have reasons to play through them multiple times as it’s always the same missions, path, etc. Sure it’s fun to try a different character but if you are the judge/Overlord and you have to run people through the same missions again… ZZzzzzz… So these are big games, take up a lot of space and have limited replay value. Yet the games themselves are worth playing and in some cases, owning if they are really important for you to keep.

Lots of times with gamers in a group that all have the fever for board game collecting will duplicate the SHIT out of each other’s collections: most of the time for no reason at all. For example, we all love Eclipse. When the new kickstarter came out, we had 3-4 people (out of about 8-9 gamers total) who bought into it…why did we do this? One or two people could have picked it up and that would be fine for many plays.

When I was in college, and very, very poor, I had Talisman 2nd edition at school, along with Jyhad and some MTG and at home I had basically Cosmic Encounter and a few other games like Saga or Awful Green Things. If you wanted to play, say, Wizard’s Quest, you went over to the guy’s house that had that shit– you didn’t go out and buy the fucking thing at the store!

While it’s tough to imagine as a collector and I have my weak spot for some of these games (anything Adrian Smith is involved in for instance), it’s best if one person in a group picks up these big ass fucking games– for sure go ‘all in’ so you aren’t scrambling for that expansion you missed in the kickstarter that you really want later–make the investment knowing that your group has committed to play, that you will sleeve that shit so it stays in good shape (print the rulebook rather than using the one that comes with the game– that will get fucked up for sure) for later sale and then the next big ass game like this that comes along– which it WILL–have someone ELSE buy that, you guys play it and then ditch it when you are done. Otherwise you are just chasing the dragon alone– maybe don’t.

Here’s the Bloodborne gameplay video of interest. Note he is playing SOLO:

And the fuckall of miniatures included….