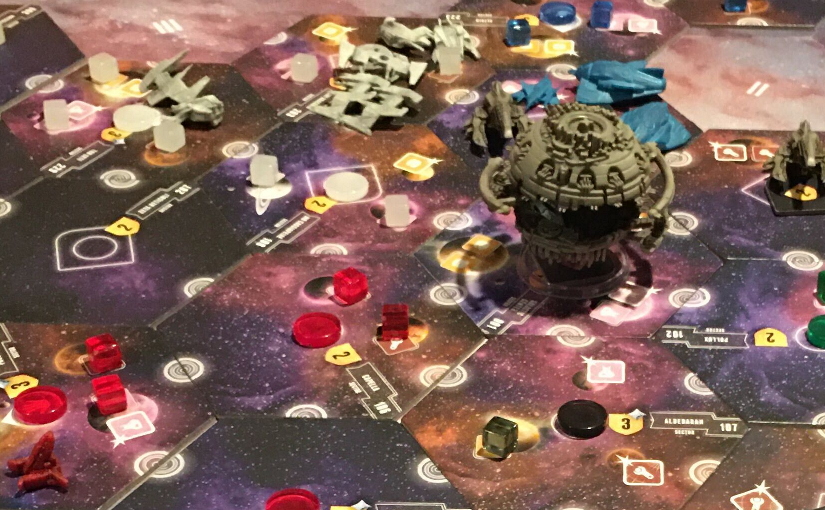 What came out this year that was great? Not much. 2018-to-now the majority of board game design has pretty thoroughly descended into extremely formulaic games with three specific traits in all: very little player interaction, a focus on engine building, with a point salad at the end (again, because if you knew who was winning, you would target them, and that’s a no no these days).

Root was a breath of fresh air last year in this rather fetid tide of same-gameness. Root showed to many people that you CAN and should have constant player conflict and this won’t hurt people’s feelings and most importantly, can be extremely fun. The body of my board game collection is held up by the spine of Cosmic Encounter, Dune, Shadowfist, Eclipse, Study in Emerald, Root and now the Pax games with everything else sort of filling in niche interests for me like euros (Brass) or co-ops / dungeon crawls (Massive Darkness). Almost all the games I like the most have direct player conflict and the potential for massive hamstringing, which is in direct opposition to the current trends in design. I’m hoping the success of Root will engender more designers to build COIN style games and gamers to take an interest in Cole Wherle, Phil Ecklund and the COIN series (and offshoots).

For many people this was a tough year to get gaming in face to face, but we managed it quite a bit later in the summer and especially Fall. Due to this, not quite as many games hit the table, especially anything new. Frankly having to learn new stuff this year felt tiresome with the infrequency we got to play– we went for the meat and potatoes this year: mostly shit we already knew how to play. I only played three new games this year, and one was a new version: Eclipse: Second Dawn, Godzilla: Tokyo Clash and Fort. Fort was not my type of game at all, and we only got one play in before I traded it, so game of 2020 that was released in 2020 is definitely Eclipse: Second Dawn... which is really just an update of a 2011 game after all.

Second Dawn is good, but it’s MUCH harsher than the first edition with serious players. You get one shot for the win now that it’s down to only 8 turns, and if you have a bad run of tiles, a really bad dice run in battles, there is no chance to come back into the game– you just can’t pivot to another strategy like in the old game. Some players will like this, others will not. I will definitely need to play Eclipse more before deciding on which of the versions is better. I hate to say it because I absolutely despised Twilight Imperium 3rd edition, but I have to give TI4 a try before calling Eclipse the reigning king of 4X space games. You know, ones that can actually hit the table instead of just sitting on a shelf because they are too complicated or system-heavy to actually play.

The game of 2019 was Root, and I really played the shit out of that last year and quite a few times this year as well, we shall see if lightning can strike twice with Leder games upcoming Oath game– which looks very…. strange.

This year the game I liked most to play was Pax Renaissance, and this isn’t even my favorite Pax game (which is Pax Porfiriana of course), it’s just the one that shows off what this type of tableau and conveyor market type of game can really do. Instead of just drawing cards or chits from a cup (a la Gangland, the Great Khan Game, King of the Tabletop), you can see what’s coming and control events to some extent. This is one of the best aspects of the Ecklund (pretty much everything) and Wallace games (Princes of the Renaissance, Study in Emerald) I love the most. Pax Pamir is a solid game, but because it uses points for victory, which is very strange compared to the other Pax games, it’s out of the running for the best Pax games– still really good though.

In light of 2020, I don’t think there will be much in 2021 that can compete with existing games, hopefully there will be some surprises. Kickstarter-wise I’m waiting on Oath, Bios Mesofauna, the new edition of Pax Renaissance, Pax Viking and what will probably be another mountain of boxes mistake: Bloodborne from CMON.