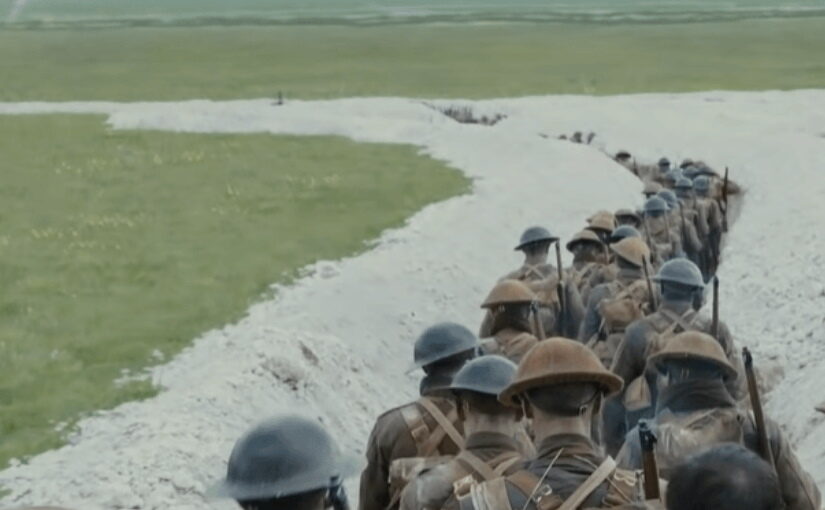 I had been procrastinating watching it for a long time, but got through 1917 last night and wow, what a film. There’s something to be said for movies with very simple plots, Dredd, The Raid, Mad Max, The Northman, the Lighthouse, that just open up tons of possibilities for world building and character development that cannot occur when the plot is dominating screen time.

While the constant non-breaking scenes in 1917 are astounding to watch, the best part of the film for me was the changing landscape and how abruptly the characters go from pastoral grasslands to claustrophobia of the trenches, to the devastation of no-man’s land, within less than mile or so in most cases. The landscape becomes one of the characters in the film.

The film got me thinking about WW1 quite a bit as well, and it’s a grim reminder that no one in the first few weeks knew just how the war was going to play out, there were hints, for sure, especially during the American Civil War where Napoleonic tactics were annihilated by rifles that could shoot 3X as far with accuracy and near the end of the war, repeating rifles (see Hoover’s Gap). Yet no one could have guessed the massive trenchlines, mega fortresses and dominance of artillery. It was the end of the days where armies on the march feared nothing until the battle itself. More than that, WW1 represents the biggest fundamental shift in the paradigm of Western thought since the Enlightenment.

“The whole world really blew up about world war 1 and we still don’t know why. Before then, men thought that utopia was in sight. There was peace and prosperity. Then everything blew up, we’ve been in a suspended animation ever since” -Dr. Walker Percy

“The last complete normal year in history was 1913. Security and quiet have disappeared from the lives of men since 1914” -Konrad Adenauer

“World War 1 was more devastating to civility and civilization than the physically far more destructive world war 2: the earlier conflict destroyed an idea. I cannot erase the thought of those pre-World War 1 years, when the future of mankind appeared unencumbered and without limit.” -The Age of Turbulence, Alan Greenspan

“Everything would get better and better. This was the world I was born in… Suddenly, unexpectedly, one morning in 1914 the whole thing came to an end” -Harold Macmillan

“Historic events are often said to have changed everything. In the case of the Great War this is, for once, true. The war really did change everything: not just borders, not just governments and the fate of nations but the way people have seen the world and themselves ever since. It became a king of hole in time, leaving the postwar world permanently disconnected from everything that had come before” -G. J. Meyer