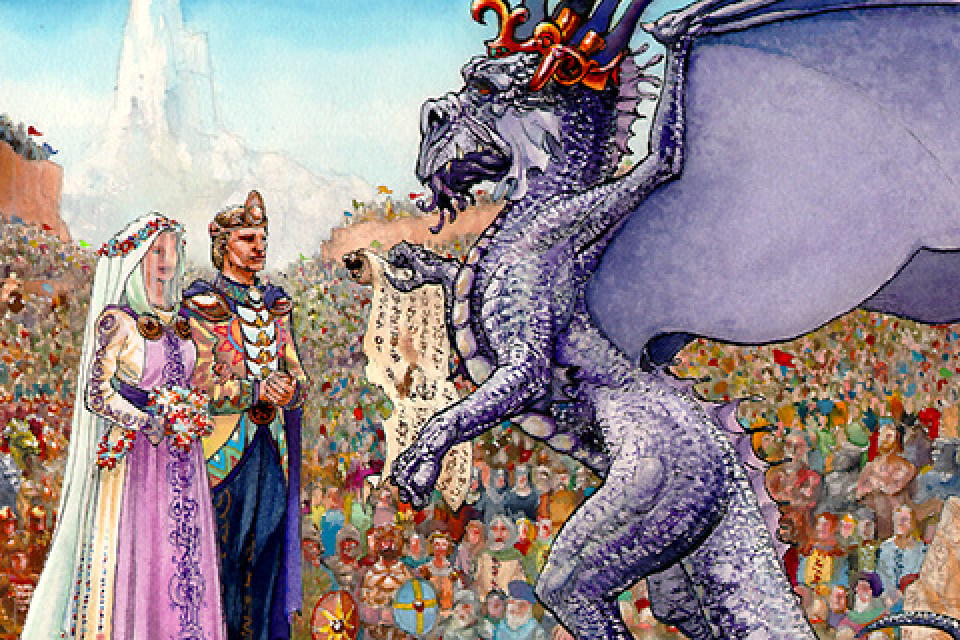 Oh boy, that was a long one… I’ve been playing the game on and off since 1999 (when it originally came out) and found it to be quite fun, and not at all about the winning of the game. If you play to win, it can go sort of faster, but when you first play the game it’s more about exploring and being an RPG (where the character is your clan) than a game you ‘win’.   Like Dwarf Fortress and FTL, the fun is not always in success.  Recently on the phone, I played a few times trying to win the game, failed and quit (just sell off all your cattle to end the game) and in frustration, finally picked a great name for my clan that actually won: Rape Margin.  One of the offshoots of playing a lot of KoDP is an interest in Glorantha and Runequest– while it does seem like an interesting period to roleplay in, it’s tough to imagine every getting people to play a game of it.  Runequest 6 looks quite good for a very detailed and realistic system.  Reading the combat system has made me look at D100 systems (the whiff systems) a lot differently, especially WFRP 2nd edition who’s combat could have been a lot better.

Winning King of Dragon Pass is not easy, it takes quite a long time to do because a lot of the events are completely random, and your clan can go on a pretty hard core death spiral if you get hit by bad events over and over, but after years of play, there are some clear steps:

1. Form a Tribe. This means completing a the Making of the Storm Tribe heroquest which can both kill your guys and kill your will to continue playing. Just remember, completing a heroquest is a HUGE deal in the game. Think of the game as a means to complete the heroquests and you’ll be good. Making your clan into a heroquesting engine is the most important part of the game.

2. Complete ALL the other heroquests (including Making of the storm tribe a second time). My advice here is to read all the myths, memorize the correct answers and be ready to try the same one over and over.  There are walkthru’s on the internet too of course, and if it makes the game more enjoyable USE THEM.  Remember though, many of the answers to the situations have many ‘winning’ answers.   Some of the heroquests give you hints about other ones, those are good to do first.

3. Win. This is the hard part because you have to be the king of your tribe, which isn’t easy. Once you are king of your tribe things can happen to your king, so you NEED to complete the heroquests as soon as you can.  Keep at it.

An Excerpt from my clan’s saga (the Rape Margin clan).  The whole game took 76 game YEARS to complete.

This is what looked like to be the beginning of a typical death spiral, but I pulled out of it:

1382
Our seers predicted that the hunters would find little game this year.

A gigantic Chaos creature appeared on the boundaries of our tula. It ate some sheep, and scared away the shepherds. We sent for Uroxi warriors. While we waited for word to get to them, the Chaos creature ate some of our horses. The Uroxi refused to help us, because we had not respected them before now. “Maybe now you will realize how important we are,” they said. We sought the aid of other clans. While we were talking to other chieftains, the Chaos creature ate some of our children. No other clan agreed to help us. We sacrificed to Urox for aid against Chaos. While we prepared the sacrifices, the Chaos creature ate some of our cows. The god-talkers said the signs were good; Urox would aid us in our battle. We attacked the creature. We fought the creature, but its terrifying powers were too much for us. It devoured many of our fighters before our eyes, and horribly wounded many others. It shambled off only when it had gorged itself on the corpses of the slain. Many people expected it to come back later. – This is a horrible event in the game and if it keeps happening, you will be fucked forever.

Outlaws blocked our caravan to the Apple clan. Branbrig attacked, but was wounded and had to return home. – I always choose “Kill as many bandits as possible” in these events.”

Brenna was accused of secret magic and deliberately spreading disease. Our ancestral spirits held her blameless of spreading disease. They said she was a friend of Ernalda but would say no more. Many people concluded Brenna was a member of the Earth Witch spirit tradition. We proclaimed her innocence. The people said that Brenna must be guiltless, and agreed that her magic, though secret, was not harming anyone. Not long afterwards, several farmers reported digging up valuable items. – Always do a divination if you have clan magic because this happens a lot and most of the time the people are doing some sort of good.

Korlmar, a trader of the Arnoring clan, warned us to be wary of another trader, Yerestia of the Zethnoring clan. We avoided becoming entangled in this dispute. – I haven’t seen all the permutations of this event tree, but it happens a lot.

A dragonewt came and asked for its old body back. “We don’t have your body,” we told it. We said that we really had no idea exactly where the body was. It flared its crest and hissed, “You not lie, exactly — but you not truthful either.” It departed, promising stern action. – This is when you find a ‘dead’ dragonnewt and make armor out of it. You want to keep the armor!

Foul weather turned back our trading caravan bound for the Vanstali clan.

Salinarg began the Elmal Guards the Stead heroquest. Orlanth left on his great quest, and Salinarg stayed to guard the stead. A Chaos creature called the Eater of Skin came and attacked. Salinarg became bright, in order to blind the Eater of Skin. The creature reared back, shrieking. It tore at Salinarg, tearing his arm from its socket. Salinarg easily slew the sightless creature with his other arm, and the people rejoiced. Our worshippers, back in the ritual ground, had a chance to help Salinarg knit himself back together. We gave of our tears, weeping and wailing, so that our tears soaked the ritual ground. Salinarg knitted himself back together and everyone, whether from the Rape Margin clan or the Storm Tribe, rejoiced. More Chaos enemies came, including the Author of Sores. Salinarg let the creature tear him apart. The Author of Sores did so, and then destroyed the stead of the Storm Tribe, and slew everyone inside. Our god-talkers were distressed by this terrible omen; even more so when the dismembered pieces of Salinarg’s body were found outside the ritual ground. The god-talkers said that we were sure to be visited by Chaos in the seasons ahead. – Elmal’s quest is one of the hardest because there are no right answers to the challenges, all of them give some sort of possibility of moving to the next stage– but if you give of anything but your tears after you get fucked up, you will lose.

We spotted a cattle raid by the Arnorings. We drove the Arnorings from the battlefield, striking them down as they fled. – There are a bunch of magic items that help to stop cattle raids– you need to buy and find them whenever you can.

The Apples raided us. We drove the Apples from the battlefield, striking them down as they fled. – This needs to happen a lot, a combination of tech (the blessings of the gods), magic items and people on the ring can make this happen all the time.  I always pick: Sacrifice to Humakt, Kill as many as possible and Charge as my options unless there is something special. going on.

Good luck, the game is winnable after all!.