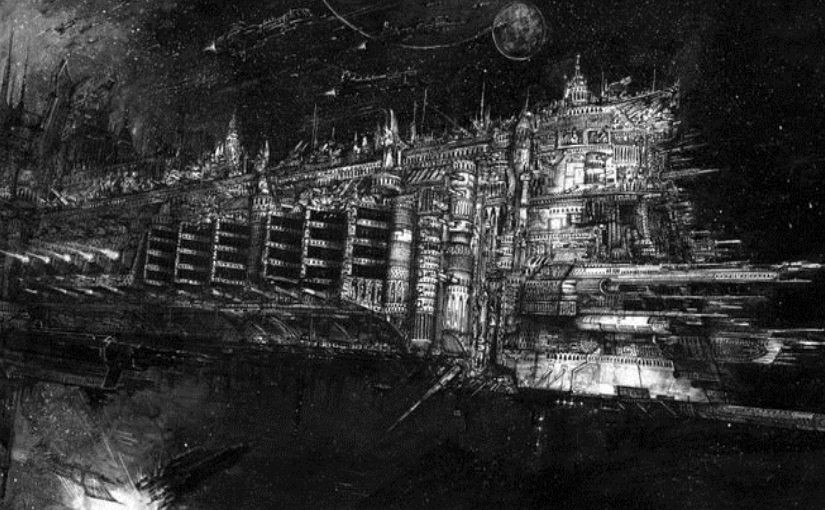 Well well… while I had heard rumors of a Warhammer Total War (now confirmed via a leak– but we all knew it was coming anyway) I had no idea there would be a Battlefleet Gothic as well! BFG is one of those great rulesets from GW that I have never gotten to play. It was a huge influence on Epic40k (which tanked commercially, but I really like the rules) and many other games. I have a set of BFG with no ships that I bought off a buddy and I will have to make some out of paper or legos and try the rules out before the video game hits. This looks really great, but frankly, Warhammer games have been very hit or miss for me. Dawn of War was ok, not a great RTS by any means, and most similarly good but not great.  Warhammer Quest on the ipad I thought would be amazing, but I just ZZZzzzz….

Here is a pic from the game.  One to watch for sure. 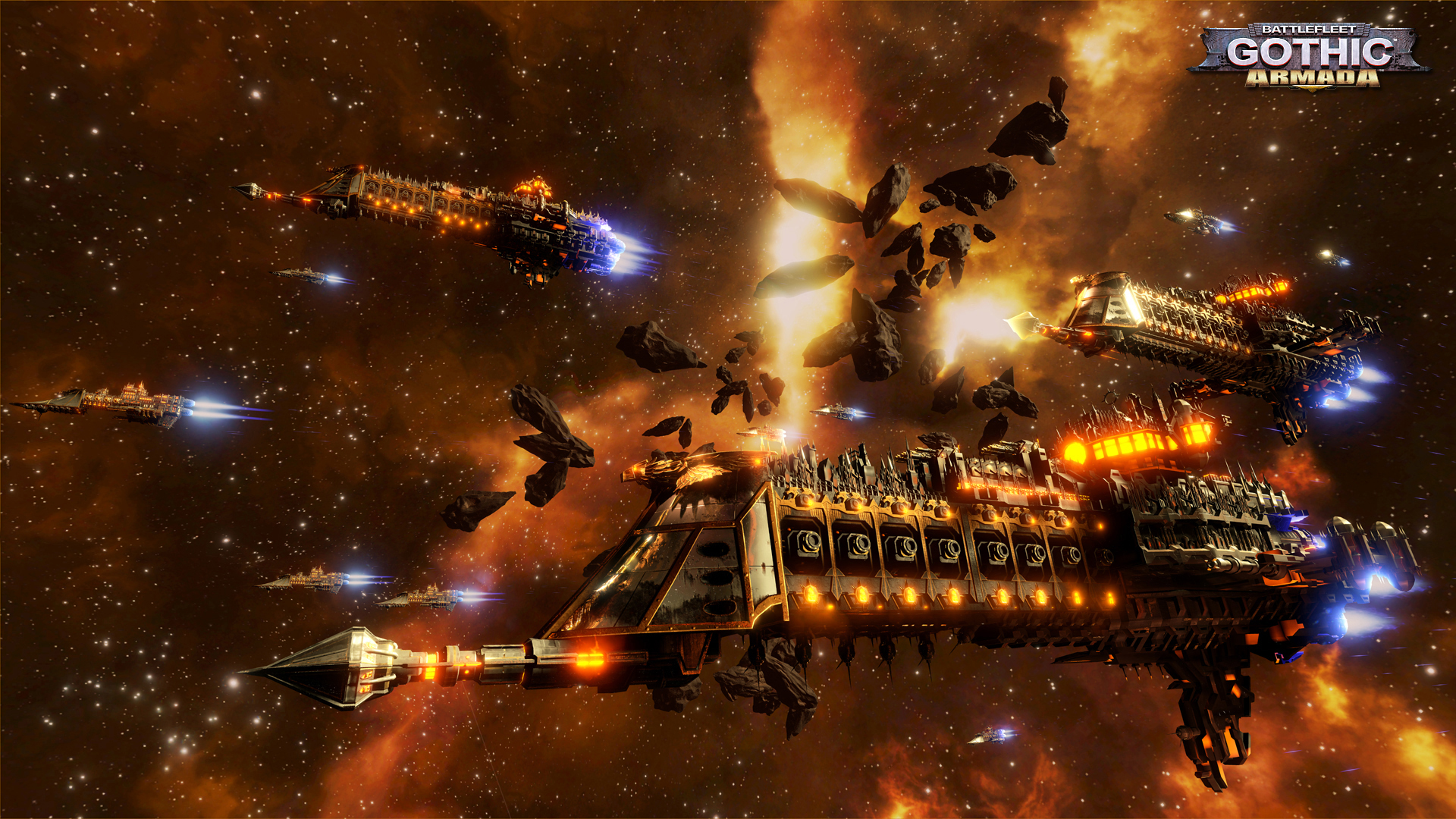