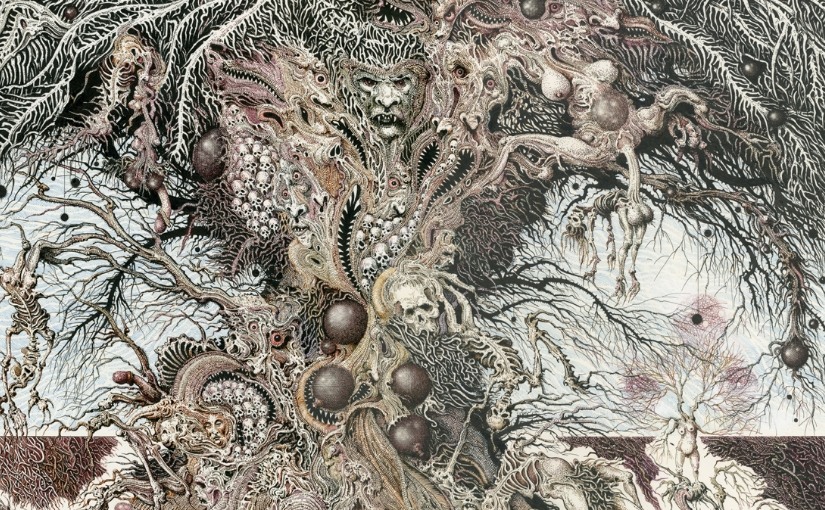 Stores have stuff–free.  No LotFP adventure this year, but DCC and 13th Age for sure.  I think one of the key questions that people need to start asking is not how D&D and rpg playing started but how has it survived for 40 years and why is it so awesome.

For me personally:
1) Captures my imagination and focuses it while making up and running adventures. I’m not exactly the scatterbrained type, but I have a lot going on and I really like it when I can focus on JUST THIS ONE FUCKING THING because if I don’t it will suck for everyone. The pressure of being a referee gives imagination a purpose and goal.

2) Stress relief. I have mountains of potential stress, stress you can’t understand until you’ve had unprotected sex a few times and when before you had no cause to worry, now you have ALL cause to worry about everything.  The RPG action is a huge stress reliever to me, even though prep and the actual act of running a game can be stressful in of itself. Once I get past the first 5 minutes, It’s all go go go and the stress of the actual world dissipates entire.

3) True social interaction. The one thing the smell nerds at the game store playing Pathfinder know is that they are actually interacting with other human beings in a meaningful way. Some of them will never have girlfriends or touch an actual human female bodies’ nether region, but they will have actually socially interacted with other people during their mountain dew time on earth.  This is not social media pseudo-interaction either, despite it being about fantasy lands with robots and vampire dragons, it’s more real than that.

4) Exposure to art.  While the actual physical modules are works of art themselves (some are shit and some are profound with lots in between), the process of play, which is the actual game, is also a collaborative work of art.

Enough sappiness and navel gazing– time to tear some players to shreds or send them to CARCOSA.