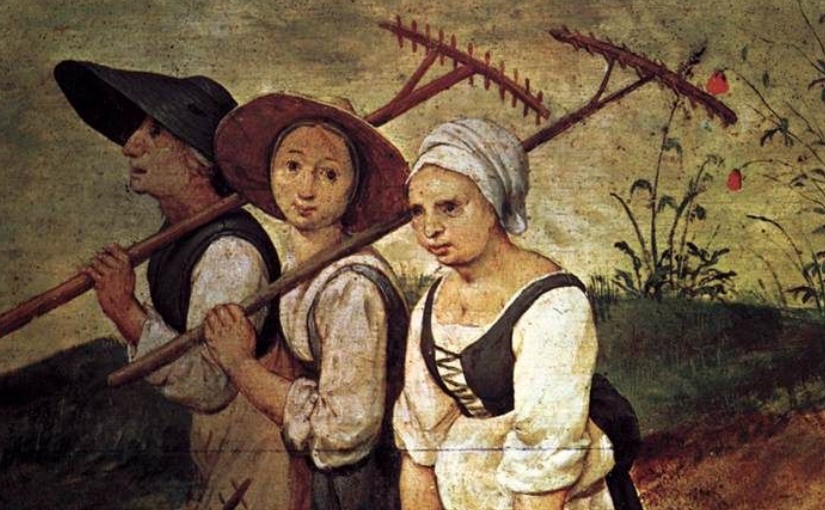 This week I had the pleasure of running Lamentations of the Flame Princess again with a group of five wary but enthusiastic players. I ran, for the second time, the small adventure ‘A Stranger Storm” which was a layover part of a larger adventure that will remain unnamed at this time.  Spoilers abound.

The first time I ran ASS (see that?) I had only two players, so they were very wary of fighting, especially since they were outnumbered by EVERYTHING, the Morris Dancers, the Merchants, the horses, and even the Inn staff if you count Nicole and both Innkeepers. They were extremely cautious and did not have a magic user or cleric with them to try to snuff out the changelings magically.

The second group from this week had 5 players: two fighters, a specialist, a pretty badass elf and an ancient cleric with terrible stats (a ‘zero’ as my players have started referring to characters that have no net stat bonuses).  They were on the way to an abbey to ask the Abbess about some sort of magical box for their master when bad weather hit and a broken wheel brought them to the Incontinent Vicar where ruination ensued.

In both play-throughs, I think the moment the players realized that the insanity with the changelings was not going to let up but would continue unabated was when the second Nicole Gingerbottom arrived at the inn to make breakfast. This is when both groups of players started saying “we’re fucked,” which, when confronted with a LotFP “player-fucker” is the correct assumption.

The second group had shown the first Nicole the dead body of Doodles (the inn keeper) and Patrick Roktar in the common room, so she was near catatonic when the second arrived…. and then they showed the second one the bodies as well. As the merchants were trying to leave, I had one of the Nicoles change into the Elf and they fought and one of them (turned out to be the Changeling) went down in a single hit.

Eventually they made their way to the nearby village and met the local Priest (Father Naylor) who let in on the secret of the jewel in the changeling’s hearts. That’s that’s when the frustration and ‘we’re fucked’ became ‘we can make a lot of XP off this!’ and instead of wanting to get away from the changelings, they wanted to go straight at them!  Matt had the quote of the night to Father Naylor with “You’re low fantasy, I’m HIGH fantasy.”  He was playing the elf.

Given the knowledge about the jewels, when confronted with the duplicated knight on the road they just sat back and watched and then cleaned up the survivor.  Afterwards slicing up all the bodies (horses and men) to get at the jewels.  I wondered how long it would take someone to cut out a horse’s heart in the pouring rain.

So the bad part of ASS is coming next and we’ll see if the players can navigate the narrows of morality ahead.  And what happened to the Morris Dancers?