ahhh… the unlucky ’13 year was quite a year for games– or, dare I say, it should have been.  We had some MASSIVE releases last year with the culmination in some cases of decades of work for some development teams.  Yet for all their glory, the massive budget games were not the ones that I played and enjoyed, with a few exceptions.

Let’s run down the releases I got to play. Now I’m an ancient person with familial and work duties so there’s no chance in a given year that I’ll be able to play even close to everything that’s good. I have to make choices– very difficult choices with my budget of TIME.

Here we have the list of stuff I played or was seriously considering in order: 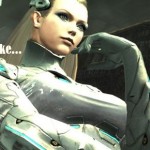 Anarchy Reigns: This was the first game I bought in 2013 and it was…not great.  The price tag was good at 25$ or so, but I couldn’t get through the single player and the multiplayer, while interesting, just didn’t hold my attention.  The key issue was the core of the combat system– it just wasn’t all that great.   Compared to the AMAZING Urban Reign for the PS2, which is quite similar, it was a vast disappointment and from the ex-Clover team, that was sad.

Crysis 3: I am a huge Far Cry fan and though it pissed in my mouth with Far Cry 2, I still like the original developers a lot and I picked up the original Crysis and it was great fun. I haven’t bitten on 2 or 3 yet but probably will in the future.  I guess what did it for me was continued play of Battlefield 3.  Crysis 3 just seemed redundant and I didn’t buy it.

Hotline Miami: The first indy game of the year I picked up.  The ad campaign for this one was so incredible it was a must buy.  I never finished it — to be truthful after the school shooting last year I just couldn’t play it anymore– but I got a long way into the game before moving on to other games.  It was awesome.

Hear of the Swarm: Ok, for all it’s polish, Starcraft 2 is not fun for me to play.  The single player is quite boring and the actual storyline EXECUTION is just shit (the ideas are really cool though, just executed poorly and all tongue and cheek with the shitty-accent space rednecks and trying to be serious at the same time plus romance? what a space pissery!), the multiplayer, the meat of the game, feels like a fucking chore to me.  Plus, it’s a terrible annoyance to have to use Blizzard’s version of steam and ALWAYS BE ONLINE.  I figured out finally that as much as I love RTS games and Warcraft 3, I’m just not a Starcraft player so I skipped this one and will likely never play Starcraft 2 in any form again because it’s jsut goddamn tiresome.

Call of Juarez: Gunslinger: This was an impulse buy and I didn’t get through it but played it a bit and was impressed. It’s essentially a rail shooter with a CRAZY story integrating with just about every Old West hero in the late era (think Jesse James/Butch Cassidy).  If this is cheap, pick it up, you won’t be disappointed even if you get like 3-4 hours of play only.

The Last of Us: Ok so this was a PS3 exclusive and I had no chance to play it. Apparently this is a great game for the story as it integrates stuff from the hugely influential THE ROAD into a zombie shooter.  I just wanted to note that if this had come out on other consoles, it would have sold a LOT more copies, especially PC.  Plus this has that short lady that’s in all the fucking movies these days that is always talking too much on screen.

Xcom: Enemy Within: This is a follow up to Xcom: Enemy Unknown from 2012 and I just didn’t bother with it despite my love for the first game.  I hope this combat engine sees more life as it’s great. I will pick this up eventually…

Company of Heroes 2: Ok so here is a sequel to one of my favorite RTS games. COH, along with Warcraft 3, redefined what I wanted out of an RTS, and they did it in very different ways.  Unfortunately, the ENTIRE COH team left Relic Games long before COH 2 was started and I read so many bad things about the game that I didn’t pick it up.  The comments from Russians about the game is pretty crazy if you check metacritic– I guess they forgot that Stalin was a murderous dictator that was able to save the country from another murderous dictator?

Rogue Legacy:  While I don’t have a controller to hook up to my PC, I gave this one a shot and it was pretty interesting.  It’s not Battle Block Theater though.. no sir. Hence, I had problems playing it for very long.

Dota 2:  2013 IS the year of DOTA2, hands down.  The game came out of beta and everyone was playing it before, and everyone and their MOTHER is playing it now.  It is the best game of 2013, no question about it.  Obviously it’s a game that doesn’t appeal to everyone and it’s a very very deep rabbit hole to get into (and you have to practice) but I think this was a huge release for the year.  It’s tough to say it was the best when you want to give it to something new– since the game is getting close to 10 years old from it’s first incarnations, but DOTA 2 is by far the most important and best game of 2013.

Saints Row IV: I loved Saint’s Row 3. Loved it and played the shit out of it.  IV is excellent— except I can’t play it anymore.  Whether it’s my configuration (unlikely) or a patch I can’t tell, but the game will no longer run on my computer.   I got 20 hours in and then simply had to stop playing after one of the patches hit. I uninstalled, reinstalled, check the interweb tubes for a solution which ended up being “wait for the next patch” which I don’t even think ever came.  Sad that they didn’t take their PC users seriously this time around.

Diablo 3 (consoles): The monumental failure of a game that is Diablo 3 hit consoles in 2013 and they did a good job. Unfortunately, the game is fundamentally flawed and cannot be ‘fixed’ with the removal of the real money auction house.  This is what happens when you spend 12 years and millions of dollars on what amounts to a PAY TO PLAY iPHONE GAME.

Total War Rome 2: How the mighty have fallen.  This was my fucking BIGGEST disappointment of the year.  I warned my wife and wee children that I would be huddled in the basement for MONTHS on this fucker, but I put in 40 hours of frustration and was done. Rome 1 was my second choice for game of the DECADE from 00 to 10 only second to the almighty Warcraft 3.  What the fuck happened? 1) Too large of a budget  2) Too short of a timeline 3) crappy battle engine.  This series is dead to me.  Shogun 2’s battles sucked despite EVERYTHING else about the game being excellent.  The design choices + the battles being shit tanked this game forever.  Warhammer Fantasy Battle Total War will suck.

Path of Exile:  Another Diablo 3 killer, I did not get a chance to play this and probably won’t.  It’s been on my radar for a long time, but — I just want to keep playing Torchlight 2– like forever.

Battlefield 4:  Why come out so soon?  I still feel like I didn’t have the time to get into BF3 and ALREADY there’s a new BF game out?  And it’s not an offshoot like Bad Company or 2142, it’s the full on thing… why?  I just didn’t want this and saw no reason to buy it.  This does not need to come out every 2 years…

And for all that– it’s still just the year of DOTA 2. 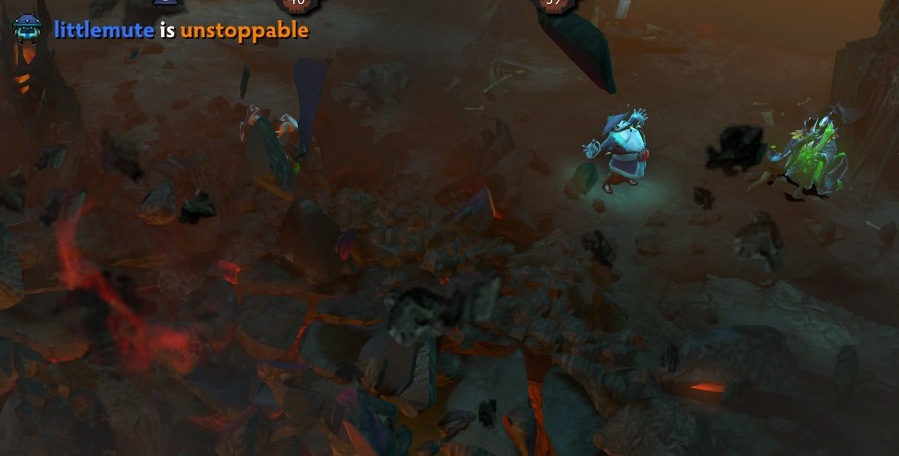