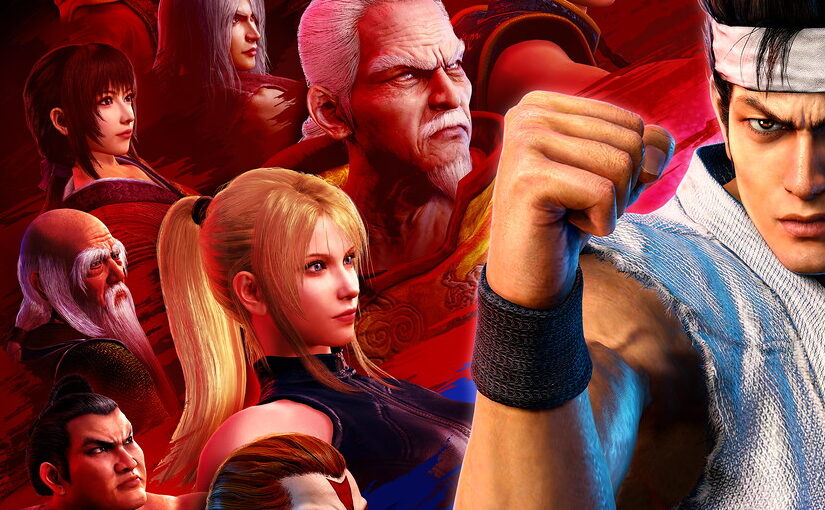 Why on earth would I pick the GOTY for 2021 to be a remake of a game that came out 10 years ago? Because this game is still the best fighting game there is and we played the shit out of it regular since it came out last summer.

Any time my kid’s friends are over and they feel like playing a fighter, they always select Virtua Fighter, and, until this summer, we had to lug out the XBOX360 in order to play it. What’s more, these kids couldn’t go home and play/practice the game so the only time they could play was at our house. No longer! With the release of VF Ultimate Showdown, modern consoles get this absolute gem ad infinitum.

When it first came out, I was skeptical– especially after the Warcraft 3 debacle by the now collapsed and sold Blizzard Activision, and I was confused why they didn’t just port it direct instead the overhauling of the graphics. As a test, I played the 360 one for a couple hours, then switched to the new one, then switched back and it’s just as responsive and plays exactly the same.

Graphics wise, it’s an update that definitely modernizes the characters and stages, but in some cases not for the better. First off, a lot of the male characters look great with the exception of Akira who does not look quite right at all to me. However, ALL of the female characters look much worse than their 2010 versions in the face region. I do not like the way Vanessa, Eilene or Pai look at all, Sarah is the only one that turned out sort of OK. I think they need to keep working on the faces for all the characters.

Bling wise, there’s a fraction of the character customization in the game compared to 2012’s version– no longer can I bust out Vanessa barefoot in a wedding dress or customize her to look just like Sarah so it’s hard to tell who the other person is actually fighting (haha!). There is a 10$ Yakuza costume pack that adds some new threads, but overall a minor disappointment.

That said, they created/recreated blocky Virtua Fighter 1 style character models for all the characters (including the new characters added from VF2 onward) and that’s fantastic, I can play with the VF2 version of my old main, Lion, but with his full moveset from VF5. Baller!

While the access to this game on modern consoles is the core reason why this was selected as GOTY, the second main reason is really critical– since this game sold so well SEGA is now thinking hard about a Virtua Fighter 6, which should be the end goal of all humans in the coming years.

Online play works great and I’ve had ZERO lag issues, my losses are my own fault and not like I yelled at the TV at the time, ping based. My online play is limited because I have access to local, albeit short and small bean, players.

Recent interest in the game has picked up, and while this new version is definitely not Virtua Fighter 6, I’ve just been super pumped to be able to play this online and locally since it’s release. It looks great, with the exception of some facialisms, and plays, as always, fan-fuckn-tastic. If you have never played a Virtua Fighter game, it is not hyperbole in the slightest when I say it is the best fighting game ever made. It’s three buttons, it’s easy for beginners to pick up and play (together) and have fun and shockingly deep for intermediate and expert players. Below is an example of me fighting against two 11 year old kids that switched off using the controller.