I decided to have a party at my house instead of going out to a bar (a gaming bar that is) all day this year. It worked out well. My old place was too small to ever have anyone over, but the new place has a bit more space and we had multiple games going at once! We played a lot of stuff and people got drunk and the kids all sang me the cat licking the birthday cake song instead of the regular birthday song. I did get the regular birthday song sung to me but in GERMAN earlier in the week so it’s OK.

We played a great game of Quartermaster 1914– very tense and fun. I missed out on a game of Secrets, but played Ethnos and A Study in Emerald instead. The capstone to the night was a seven player Cosmic Encounter game with what I think is all new Aliens (Nanny? Cloak?) on account of me getting the Cosmic Eons expansion for my birthday that day. As always, Cosmic proves to be the best board game ever made.  Can’t ONLY play just that one game, but it’s just the best.

Meanwhile, the kids all got to playing DCC with my now 7 year old running it. He has not begun to understand that it is not a competitive game so put the hapless first level guys against an AC 18 Owlbear that ripped off limbs on a whim… 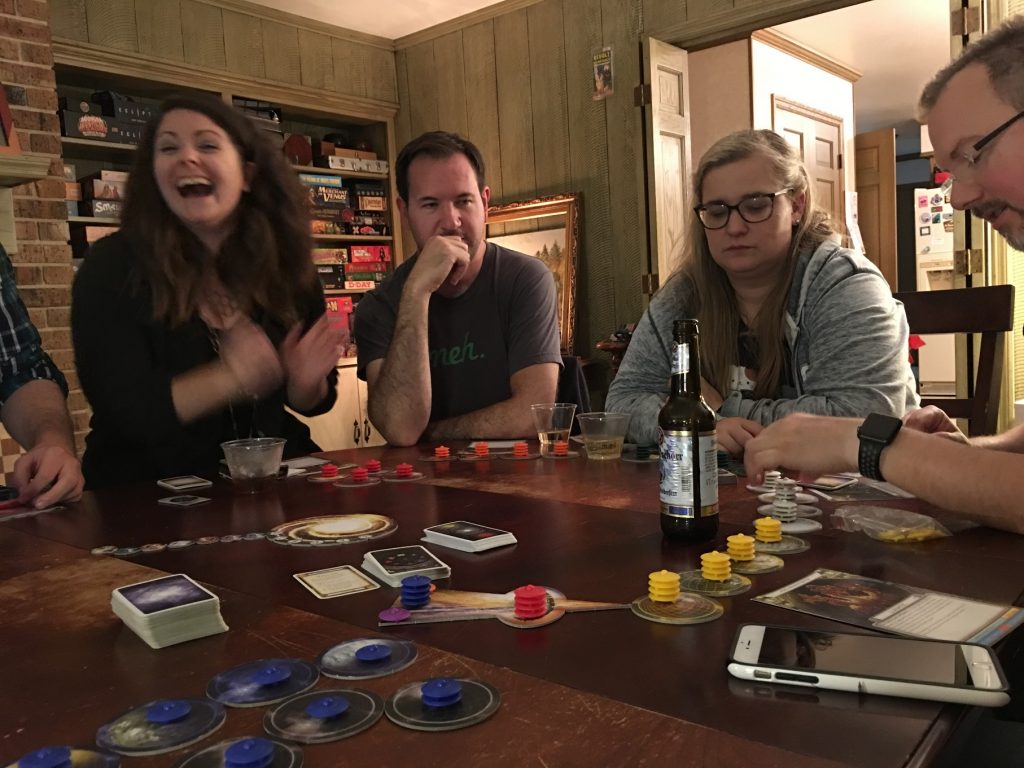 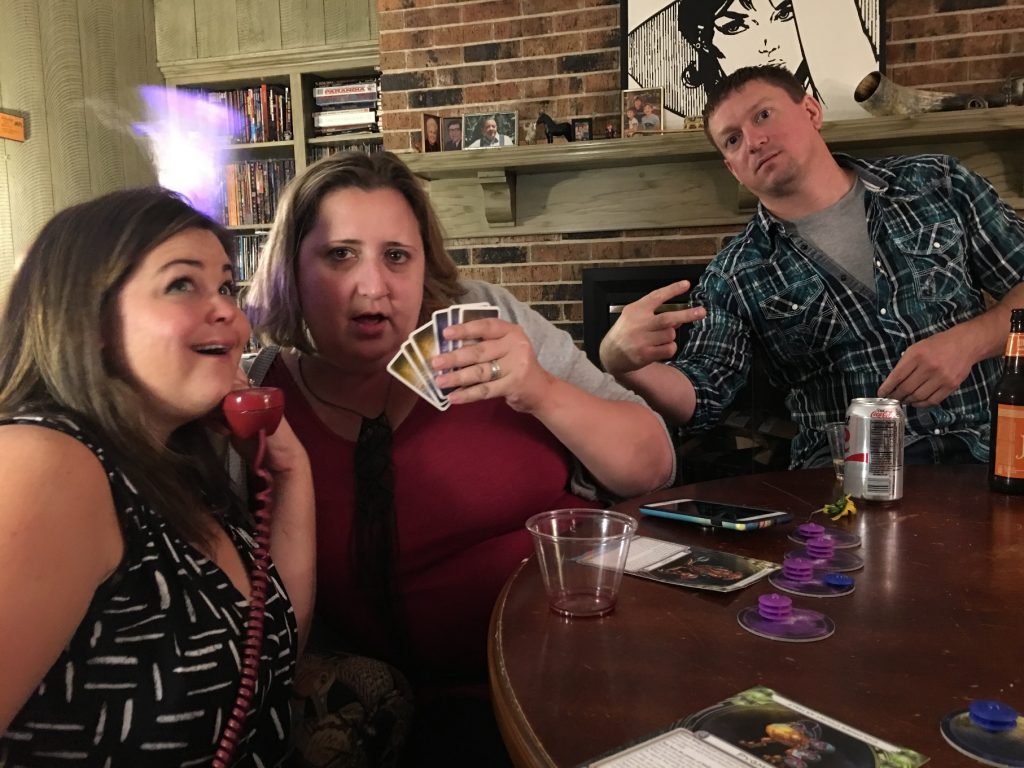