Ah World War 1, there is truly no end to the horrors that one can discover while plumbing it’s gory depths. It’s especially horrifying as no one except for a few Generals from the American Civil war and possibly the Prussians after the Austro and Franco Prussian wars knew or could have even imagined it would be this sort of conflict. The following short film has ghastly English dubbing, but is worth watching (it’s short). It references this horrifying battle.

And just for historical reference, the Russian army DISINTEGRATED near the end of the war, you have to imagine if the soldiers were willing to fight like this, what the scale of that really meant. 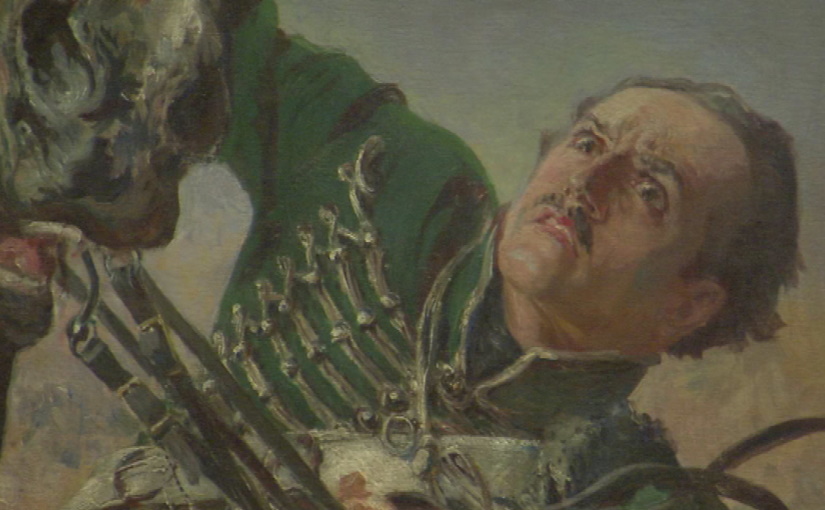 With the juxtaposition of the current frenzy of historical revisionism, iconoclasm, iconoclast trolling and let’s not forget base traitors who deface statues of George Washington and Thomas Jefferson, along with July 4th, the date we chose to celebrate throwing off the yoke of Feudalism (the final signatures weren’t there until October though), I feel compelled to do a bit on a lesser known, but critical figure in American history: Casmir Pulaski.

Casmir Pulaski was a disposed, banished second-son Polish noble who joined the American Revolution and died via GRAPESHOT in the battle of Savannah. This alone would be enough to have statues and revere the guy, but this is overshadowed by some of the other things he accomplished.

First off, he joined anti-Russian confederation in Poland and actively campaigned, mostly defending fortresses and getting his ass kicked, getting captured, and almost court-martial-ed. It was said that the only thing he was interested in was fighting the Russians, and was wholly reckless and didn’t obey orders. Pulaski even went on to join the war with the Ottomans vs the Russians a few years later, which ended poorly for him and he ended up in France in debtor’s prison. He was found by Benjamin Franklin who recommended him to Washington as an asset to the Revolution. He started as a cavalry officer and then a General of the Continental army’s tiny and wholly shitty cavalry–which he attempted to bring up to Polish standards of training and discipline. He’s called the Father of American Cavalry and man, at that time, we needed one.

Under Washington, he performed a successful rearguard action that likely saved Washington and his army from capture and destruction, and possibly saved Washington’s life. Washington was an expert-retreater (hey, don’t knock it, it’s how Fabius defeated Hannibal after all) so this was a critical event.

Later in the war he was leading a cavalry charge that was beaten off, and he was hit by grapeshot, which, like slivers of the true cross, seems to be in quite a few different museums around the South!

Pulaski is one of only eight people who have been granted honorary citizenship. The Freemasons have claimed him and there seems no doubt, despite the lack of paperwork, that Pulaski was a Mason based on the fact that Franklin and Washington were, of course, Masons as well.

Lastly, and I am not sure about all this, is the conjecture that he was actually a woman based on a skeleton that was found that might be his. He didn’t drink and had no interest in women, which is likely explained by something much more common if you catch my drift, than a man pretending to a be a woman or having some odd chromosome condition.

While Pulaski died in Georgia, many statues of him are in the Midwest in Chicago, hopefully people actually look up who he was before tearing them down or realize that coming out of over a thousand years under the grip of iron fisted feudal lords, the framers of the Constitution and the people that fought to get us STARTED on our path to Liberty and Freedom are to be revered, and not held to the modern standards of ethics and conduct, modern ethics that their lives and dedication allowed to evolve. Of course, in DC, the people have already proven that they are fucking imbeciles.