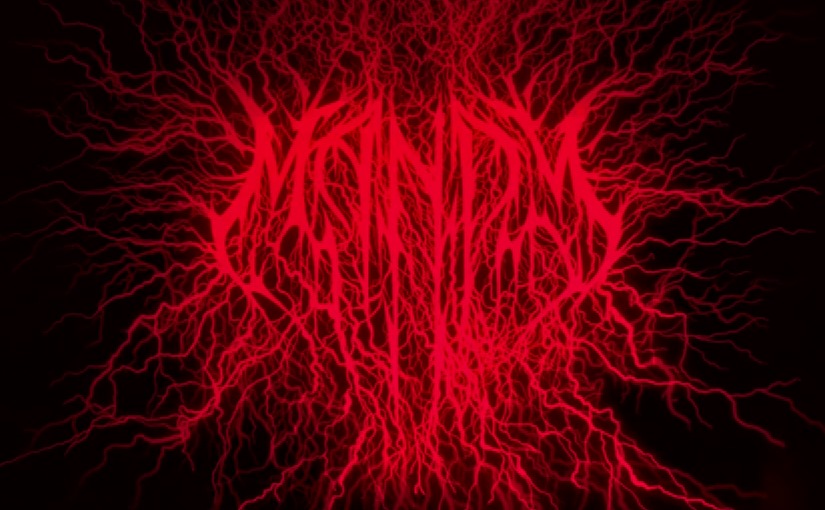 Mandy, Mandy, Mandy.  There is one film per year that becomes your gang of freaks’ “movie of the year.”  Doesn’t matter if it’s a quality film, doesn’t matter the genre, the actors or the amount of swords and TITS included (usually prerequisites though…).  It just has to have an effect on your group in a meaningful way, even if it’s arguing.  Examples of this are Fury Road for 2015, the VVitch in 2016, Get Out for 2017, Hundra for 1983, etc.  It’s only September, but I’m feeling like Mandy is already a strong, strong contender.

This film came to my attention when the trailer hit and moreso on account of strong rotten tomatoes score after Cannes. When the trailer hit, I watched it like 4-5 times the first day, then again the second day while whoring around the trailer to others whenever possible.  This film pretty much aims straight at Appendix N people and it hits like a Sniper Elite NUTSHOT.   If you like weird ass horror, HK cinema crime/revenge films and dig a bunch of stuff from Appendix N, you will cream your jeans on this film.  If you grew up in the 80’s as well, this will be an enlightening experience as the film is like an extended music video from 1983 or so.

So go see it. The film will likely be out of theaters until award season at least as it’s likely going to be up for something and then get another stint in the theaters again.  Stop here if you don’t want spoilers.

The Film and stuff I liked

Why didn’t Red kill the young whore-cultist girl?  She was party to everything and didn’t help Red for shit at any point.

What was the double moons and alien landscape at the end of the film supposed to indicate?

Why didn’t they kill Red when they had the chance (twice!) 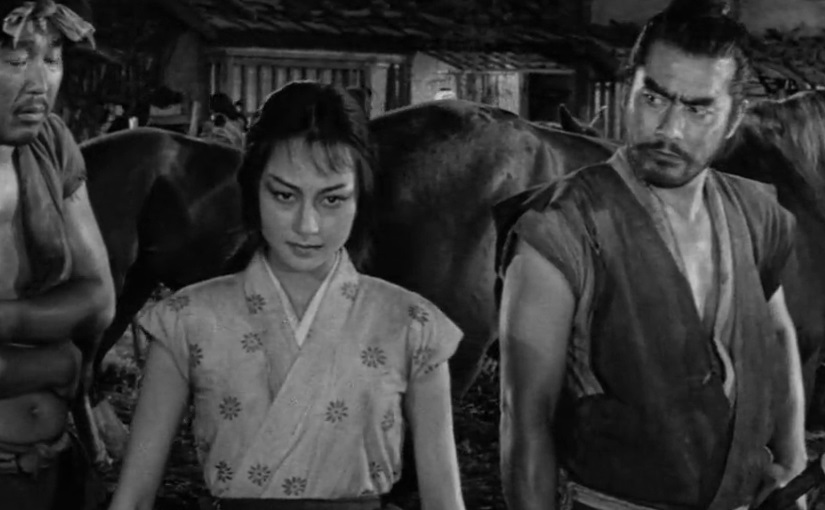 Because it’s 2018 and I did go see the Last Jedi the first night it came out, just like I have all the movies since Empire Strikes Back, I’m going to write a few paragraphs about it for posterity.  This is mostly I can look back at this post when we are hit with even WORSE cascades of space-piss than this one (the Han Solo movie for example).  There’s a ton on the internet about the film and more and more daily.  Mostly, it’s that this “Star Wars” film has a ruthless misanthropist message, but not in a Sword of Doom type of way, but in an angry, resentful sort of way– the sort of film that would come out after Trump beat a clearly more qualified female candidate for president of the united states.

The space battles looked great, but lacked much of the emotional intensity that Return of the Jedi or a New Hope had.  I get that the ‘bombers’ in the first scene couldn’t ‘drop’ their bombs and that was all stupid.  It was forgivable except that it was a harbinger for things to be stupid later. That said, the film was not as “war-y” as Rogue One, and that was sad.  Rogue One the conflict felt a lot more intense and real, where in the Last Jedi, it felt like a Star Wars animated series episode at times.

The final surprise attack by hyperdriving into the big ship pretty much made it so the Death Star could not have existed for long since the rebels could have constantly sent (unmanned) ships warping inside it.  Of course, the Imperials could have done the same thing to any of the planets that opposed them as well.  There needed to be some technical reason for that to be able to happen– like the means by which the ship was TRACKED in hyperspace (which they made a big deal about but never closed the loop on?!) allowed that ship and that ship alone to teleport inside the other ship. Nothing like this was presented of course and to me that’s a plot hole.

While it may have been inevitable, they handled the legacy characters poorly.  Luke was not portrayed in a way that made sense at all based on the original films.  Leia was force sensitive right? But all she did was save herself?  So Yoda’s statement of “there is another” meant nothing (and yet they will be making an entire movie about the kessel run in contrast).  I don’t care about the new characters EXCEPT in relation to the old.

To echo red letter media: what happened between Return of the Jedi and Force Awakens was that our beloved characters were made out to be miserable the entire time between films, and not just because of the Star Wars Xmas special (which I sat through over the Xmas break unbelievably).

Of the new characters that are worth talking about, Adam Driver was quite good, and frankly his character is the only one I care about at all in these new films on his own.  His scene where he asks the Mary Sue to give up on all the cyclical destruction was the only poignant scene.  Finn was underutilized and pretty much comic relief, though what he ended up doing in the film was not funny at all.

So I’ve used the term a few times already, but certainly, Rei will go down in history as the poster child Mary Sue forever.  In fact, the term Mary Sue may become Rei (like, “rewrite that chapter man, that character is a REI”) or even “Daisy”.  I REALLY thought she would die in this film or get messed up on the level of Luke in the Empire Strikes Back.  The scene where she goes into that hole in the island and just saw herself infinitely in every direction was when the film hit rock bottom for me.  That was the spot for a Lynchian or Tarkovsky-esque coming of age TRIPOUT scene.  Instead, it was fucking meaningless pysse.

My own thoughts on the film is that it essentially projects a message of nihilism: people are ground to dust in a cyclical, unending conflict based on the misery of dualism which reflects in all ways that this is the beginning of unending films based on the same conflict grinding to dust infinite dollars spent by fans, and this fact was obviously felt excruciatingly by the writer.

Based on this film, there is no hope or happiness for people that are force sensitive AND trained in the ways of the force in Disney’s version of Star Wars.  Just the crushing knowledge that with the power comes unending misery, conflict and death. For a film about a pure warrior caste like 13 Assassins, great.  For an order of enlightened space monks?   uhhh?  The capitalistic focus and the misanthropic messages, with no overall controlling story arc for what’s going to happen, would drive any writer to a nihilistic state, and that certainly came out in the film.

Finally got to see Dunkirk last night and it was most excellent (in 70mm no less).  No over dramatizing, nearly zero dialog and a sheer focus on the visuals was how I would describe it.  Also, a patriotic film for the stiff upper lip British.  I don’t have to much to say about it except it was superb and you should go see it.

A key thing for me in the war films is the attempt at historical accuracy in the uniforms, equipment and dialog/actions of the characters.   For example, Americans hit the dirt when they come under fire, whereas Germans and Russians typically did not, they would stand their ground (within reason, they weren’t stupid) and return fire.  Undoubtedly, the Germans likely thought that the Americans were breaking immediately after coming under fire, but were very surprised to find that they were simply hunkered down to assess the situation before getting stuck in.   When you watch war movies and this doesn’t happen, it’s quite off-putting to say the least. I did not have any points in Dunkirk where I was thrown out of the film due to some gross historical inaccuracy.

While not an aviation buff, my favorite parts of Dunkirk were the plane sequences.  Maybe it’s because it’s the only fighting in the film, but I more that they were shot beautifully and as far as I can tell, extremely realistically.

Lastly, let’s talk about what happened.   The Germans came through the Ardennes forest, past the Maginot line and were spewing all across France faster than anyone could have possibly imagined (remember these guys were still thinking WW1 static defense tactics and likely had no idea what Guderian had up his sleeve even after the invasion of Poland).   So they trapped the British and French at Dunkirk, but didn’t send the army in for the final blow to capture the remaining brits/French.  Why did that happen?  Popular opinion was that Hitler was feeling friendly with the British and wanted to come to terms, and this is entirely possible if Hitler had been fighting a war for limited objectives; this would make sense.  That is, the Germans invaded France for the same reasons they did in the Franco-Prussian war– to re-unite what they thought was greater Germany and throw off the yoke of debt for WW1.  Letting the expeditionary force go across the channel in that context would have been fine, as Hitler would have made a separate peace with France, acquired territories that were stripped of Germany after WW1 and everyone could have gone home (and waited for the Russian invasion of Europe most likely).  Yet, Hitler was not fighting a war of limited objectives– he was out to put Germany into a war for all the marbles, of total conquest of Europe.  I do not believe and facts seem to assert as well that he did not hold the leash of the blitzkrieg to make nice with the limeys.  I think two things happened: either the Germans on the ground got nervous (I know this is unimaginable based on what you’ve seen in most war films since WW2, but if you read the direct sources, especially Guderian, this happened a lot) or they ran out of gas for a full assault.  Gas is like a tether for the blitz and if you overstretch it, you end up in fist fights with the enemy while your tanks sit in the mud (see the sequence in Patton) and that may be just what the situation on the ground was: tanks in the mud.

What this leads is to is the question as to the ability of Germany to actually attempt a cross-channel invasion if the British army had survived, or if it had been captured.  Based on Guderian, the frustration of the logistics of that attack may have been the final straw for Hitler to foolishly attack the Soviets (remember, as I said above, it was total war and not for limited objectives), at which point any conflict with England and her allies was simply a side-show to the greater conflict between Germany and Russia.   So it follows that the Dunkirk disaster, a disaster from the the German perspective that is, could have precipitated Hitler’s choice to attack Russia, making Germany’s ultimate defeat assured.  And yes, I believe if the Germans had treated the Ukraine situation very differently than they did (the Ukranians could have been a buffer state between Russia and Europe as the Germans could have come in as liberators), they may have been able to hold off the Soviets enough to start planning another invasion across the channel, but by then the Americans were not just lend-leasing, but actively part of the conflict.