I missed this back in April when it came out. Great inside look at what happened at Rackham and with the excellent AT-43 game. The basic engine became Bolt Action (well if AT-43 and Epic 40K humped and had a kid that is). 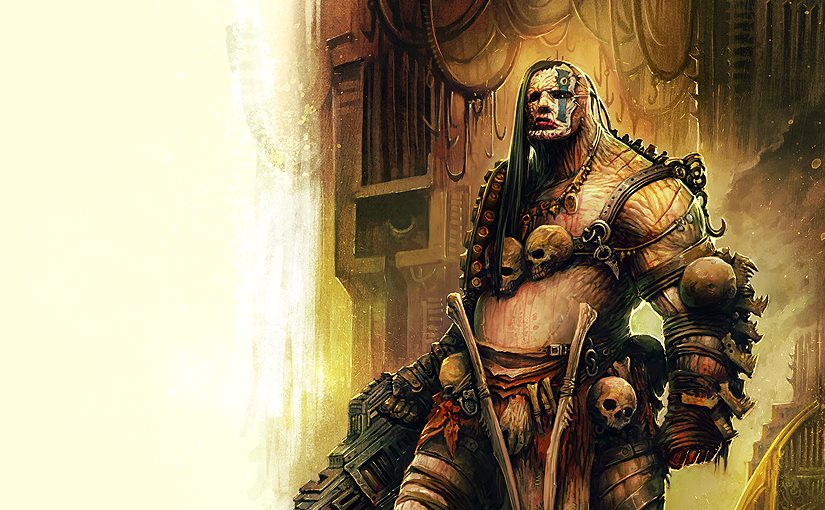 Enough reminiscing.  We played for about 10 hours yesterday, with breaks for lunch and dinner, but only got in about 3-4 games per player– so i’m not of the mind Necromunda is a short game any more– it can take a long time.  I would really not recommend more than 2 games in a day as it’s just too much to process and plan between games in addition to the shootings themselves.

Here is my initial buy for the Transanal Eviceration gang.

This gives you 5 gangers to harvest your territories, a leader who can hammer in close combat and a second back up close combat guy, along with a lot of stuff to flush people out of cover (frag grenades, flamer, shotgun).  While I do believe the heavy stubber sucks, it’s only 120 points, can shoot across the whole board, and you will get a lucky roll from time to time to make it worthwhile.  No one has armor, so don’t bother with the heavy bolter until later.  The flamer is amazing (but we forgot that it requires an ammo roll after every shot…).

Lasguns are the most boring weapon in the warhammer universe, but they are super reliable and shoot far.  Autoguns are nearly as good with their +1 to hit at close range, but they go out of action far easier.

My territories were crap, but I did get Vents which lets you place guys around the board after set up– yet I NEVER remembered to use it.

In the four games, overall my leader had the most ‘kills’ with the flamer heavy second most.  The leader was able to get into close combat with a bunch of enemies in two games and tore them up (except for a lucky juve) and that’s because of the chainsword. Swords are cheap and allow parrys, which cut down on some of the swingy rolls your enemy might have against you. Well worthwhile.

There were three other gangs getting on on the good shootings:

Hate Boat– a Delaque gang of unpainted (but primed) minis

The Crustables – a Van Saar gang represented by the excellent and drool worthy miniatures from the new Dark Millenium 40K box set. If you have any interest in Necromunda, these are definitely worth picking up.  They would do in a pinch for any gang, but would especially fit as Cawdors with their masks.

The first game was the Hate Boat vs the Crustables and I’ll admit that my grip on the rules was loose.  Things were going against the Hate Boat after the Crustables got into good shooting position far above their cover and they got to explore the falling rules fully. Hate Boat had to make multiple bottle rolls, but in the end it was Crustables that bottled out on their first roll!

My first game was being ambushed by the Crustables, a fitting beginning for Transanal.  Luckily, I was able to position a few groups of my gangers to ambush the Crustables.  After a few turns it was obvious that the Crustables ambush was turning into a bloodbath, with 3-4 gang members on each side out of action, including the Crustable’s leader who had been burned by a flamer. After a turn or 2 more, the Crustable’s bottled out and ran for the vents. 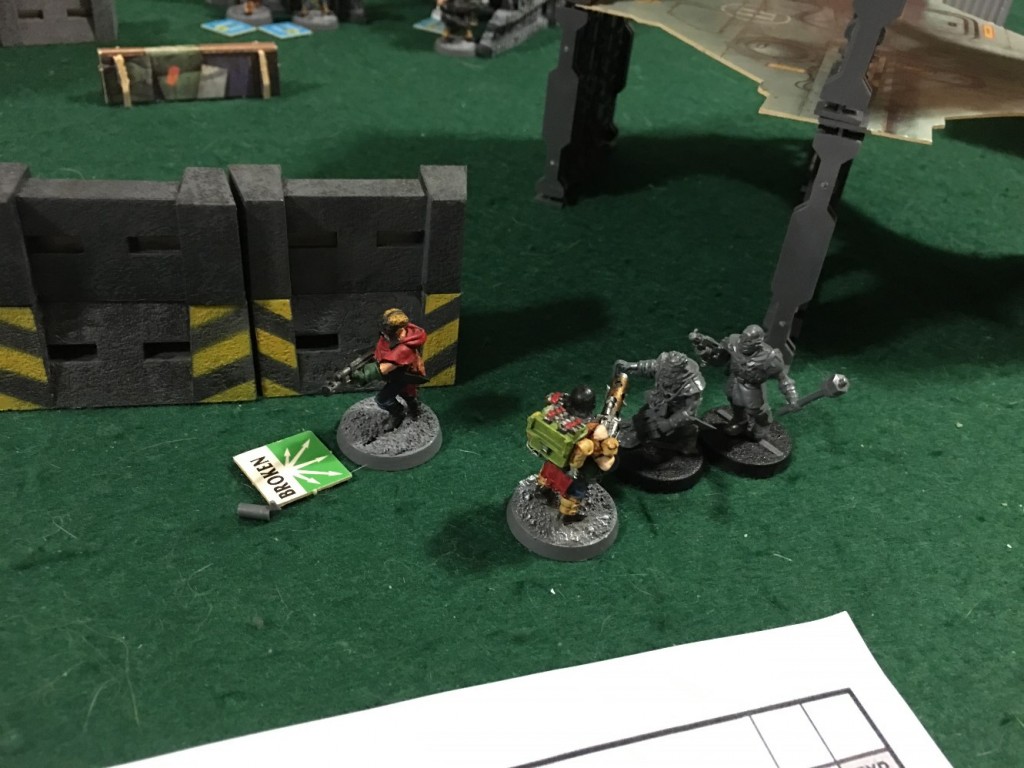 My heavy about to get beaten down– cause he can’t hit with that stubber!

Couple things to remember about Necromunda that I had forgotten.  First your gangers aren’t the bravest and will run away pretty quick when things go south nearby. Second, shooting into cover is pretty difficult.  You can start to have to take bottle checks when a mere 2-3 of your guys are out of action.

A good time for sure and a game that should probably be played a bit more than once in 20 years.

Played a short scenario this weekend and did a bat-rep. I got the HULK out for this one.

Along with my normal house stuff like clothes and books (so many books), I had to pack up and move a shitload of games and gaming related materials.  I have… a lot of gaming stuffs, some of which I haven’t physically seen in years.  It’s a bit ridiculous really.

The first thing I did was drag a bunch of old World of Darkness books to sell them.  I kept the core Vampire and Werewolf books for nostalgia, but for some reason I had a ton of those books and we played maybe once–and it sucked.  Owning these was likely due to RAGE and JYHAD fandom for the most part.

Speaking of which, I have a massive Shadowfist collection (for good reason), but I also have a massive VTES and Jyhad collection, large amounts of RAGE, On the Edge, Blood Wars and still have my tiny MTG collection (most of it) from back in the day.   With Netrunner, I really can’t see playing any 2-player CCG’s other than that, yet it’s difficult to part with a  mere stack of Legends of the Burning Sands or Legends of the Five Rings cards let alone a massive set like VTES—  I just don’t know why: we no longer play these games.

I did find some stuff that I forgot I had, or forgot how MUCH.