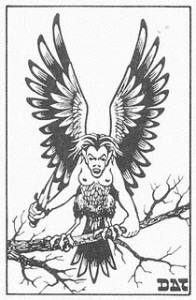 While having no plans to play the game, I still love peeking at the unfolding drama of the in-the-works ‘internet influenced’ version of D&D and seeing the 4th edition books hit the used-book store shelves in droves (you WILL be nostalgic for this edition I tell you).

The man behind Avadon the Black Fortess and the Geneforge series summed what should be the goal for the design up brilliantly:

“If a new edition of Dungeons & Dragons doesn’t have an option which enables it to be easily played by a moderately inebriated person who isn’t good at math, it is a failure.”

I would go as far as removing the “doesn’t have an option which enables it to be”  and replacing it with  “isn’t,” because shit, I recently ran a FATE game where at least two of the players were barely coherent due to drink and it worked, while not 100% fine, very well; and I’ve run epic-combat heavy sessions of Exalted when players were absolutely OBLITERATED and they were fantastic.   Unless you’re playing some vampire-erotic or MAGE or something awful like Twilight 2000 where you have to concentrate a lot all the time, you must expect players to drink heavily when playing an RPG– and not the SURGE and DEW of our youth.  Being a player in an RPG, allows a lot of downtime during sessions– you’re not always doing stuff– and between doing stuff it’s perfectly understandable that drinking is happening; sometimes a lot.

That said, I think this internet edition, like the other versions since 2nd, are going to be about using miniatures on the table like Descent and not really an RPG proper.  We rarely, if ever, used miniatures in our D&D games as kids and when I want to play with miniatures, I’ll play Warhammer or AT-43, and if I want to roleplay it’s just going to be a drawing on a dry erase board with no hexes, squares or any other crap to detract from the imaginings.  Combat in RPG’s is just better when the distraction of little pieces of lead (well, now plastic) aren’t around.