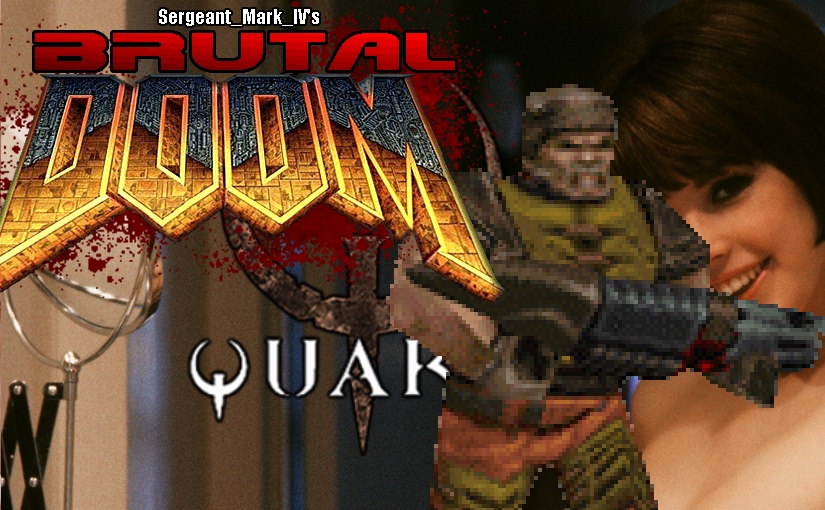 We played all day Friday and Saturday and I think my eyes bled while I slept fitfully last night with the retinal burn.   Here’s what we got in on.

Zandorum Doom 2: both Free for All and vs the Monsters.  If you are an FPS player and haven’t played doom multiplayer to see just how fast an FPS can (and probably should) be, play Doom 2!  However, all the tricky giant maps with all the key searching was fucking annoying when playing with 5+ people.  Getting lost in Doom isn’t so bad because you rocket through the level, but when there’s a hidden door that leads to the other 50% of a level where everyone else is at, and you can’t find the fucking thing even with the map, it’s real annoying.

Quake Super8.  Maurice!Bastard got the multiplayer working with this excellent visual mod for Quake.  This one looks THE BEST and closest to my favorite Quake renderer:  Verite Quake, built specifically for the Verite video card.

Unreal Tournament 4:  This was the most balanced deathmatch that we played.  I had a ton of fun with this and it worked very well for the LAN, which is a rarity with new FPS games which are nearly all anti-LAN (Quake Champions for example) and take forever to get from one map to the next so players can get their ‘prizes for playing.’  This is most of a UT game, basically the team that was working on it went to go work on fortnight and it may never be worked on again.  Remember what happened to UT3 after Gears of War came out…

Quake 3: While far more balanced than Quake, I still like the original Quake better.  Q3 is super tight deathmatch though.

PUBG and the goddamn pubg event.  There was an event this weekend where you could drop into a small area of the first pubg map with a group of 10 players and fight until a certain number of kills were scored by a team.  While it gave a chance to use a bunch of weapons and constantly fight.  It was pretty frustrating most of the time.

Company of Heroes.  This was the only RTS we played and since people had seen me on steam playing PA:Titans, that was a no go.  People were OVER concerned at my skill at COH as well and it became obvious only after I was soundly beaten in a 3 vs 1 game.  This isn’t a super hardcore RTS and is pretty n00b friendly with the pacing and defensive nature of the game, so good for the LAN.  I really expected to be playing Dawn of War 3 instead of this but man– what happened to that game? Aesthetically awesome, but the gameplay was trash.

There was a mess of video captured during the proceedings, so I’ll get some posted as soon as possible for your viewing pleasure.  mraak.