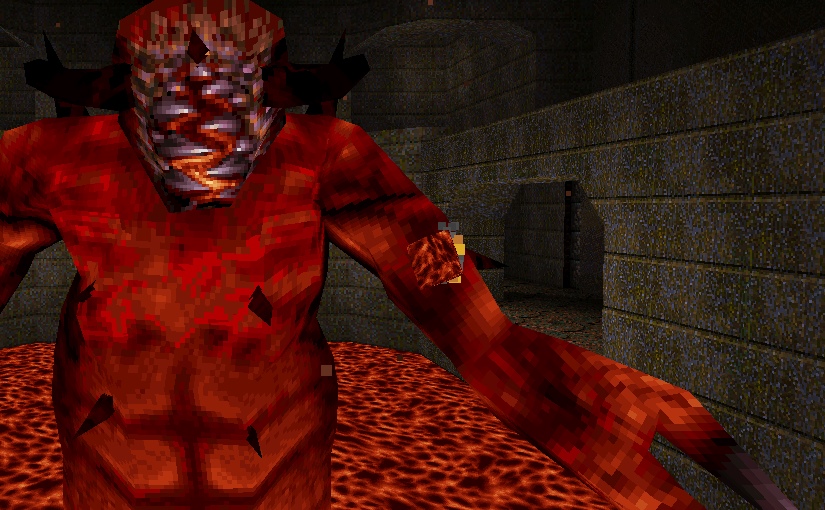 Man oh man I submitted these over 20 years ago and found them again on accident during the LAN.  Reposted again with some notations and context.

There is a single lift to get from the bottom level to the top level in the map the House of Cthon.  If the server has the grappling hook, the level becomes a contest on who can get the rocket launcher and sit at the very top of the lift (where you cannot be hit from either level unless directly below) and just camp for frags the whole time.  Great stuff.

The thing that quake also did was have an easy way to chat with other people in real time.  This was not something that was all that easy to do in 1996, so people would use the quake server as a place to chat with each other rather than play.  You could bind keys to macros and spam them over and over and over (they fixed this in later versions of the game) which would lead either to a denial of service attack from someone else or getting booted from the server.

You could reconnect to the server to instantly reset your score to zero.  Pretty useless unless you are at negative frags….