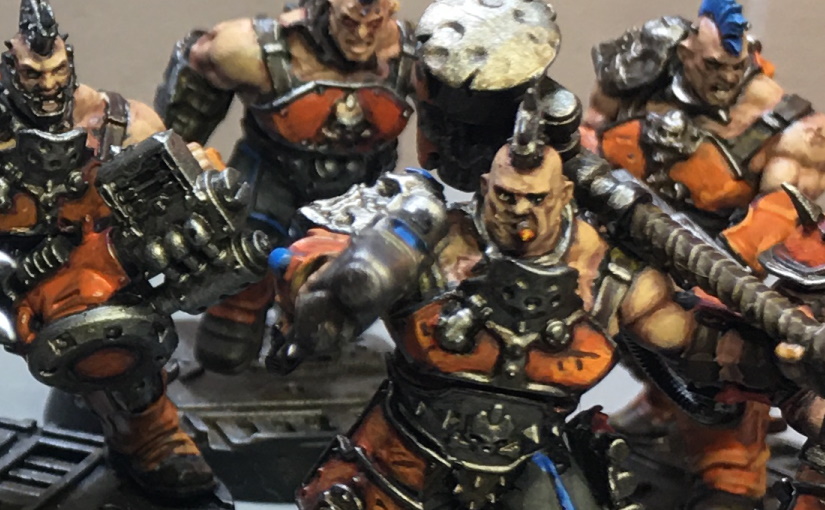 Holy Shit. After what I can only assume was a successful run with Necromunda Underhive, GW has brought out the big one: a $290 set with a crapload of beautiful, modular, lego-like terrain and two full gangs.

One of the reasons I think Necro has done well, other than being awesome, is that the gang boxes themselves are VERY well priced at 35$ for 10 models in the kit, and the Underhive box was not super expensive either. At MOST you will need 2 gang boxes which, for 70$ being all you will ever need for a gang is fairly reasonable (Forgeworld weapon and head sets aside). You want to get a gang and play with a bunch of books and prigles tubes for terrain? Fucking go for it. 35$ and some of the special dice and you’re rolling. Barrier of entry is very low.

I won’t go into the way they sold the books much, but that was a bit of a gouge and for early purchasers like me, annoying. The specific gang tactics cards being printed once and then never again is also SHIT but that can easily be fixed with your own set of cards printed at gamecrafter or something similar. As for the books, I would trust the community rulebook at this point more than anything GW comes out with going forward. Like all these small games from Blood Bowl to Epic, the community typically owns the rules at a certain point and I think Necromunda is there.

So this new set…the cost… is horrifyingly high. at $200? yeah! $290? Wow. That said, the terrain in the box looks simply amazing. I just don’t know if this is the best thing for starting Necromunda players because of the cost.

The old set from 1995 had a good, low cost solution to the terrain problem inherent in this type of game, but it was cardboard and did drop you out of the immersion quite a bit. When we played a lot (’95-’96), we tended to just leave the exact same map set up because it was fragile to take apart and put together. I still have all of it minus a crapload of bulkheads.

Despite the cost, I definitely want the new set– it’s just how to justify that much, especially since I have the HULK in the basement which is TOTALLY READY FOR NECROMUNDA any time. I get a fucking massive woody thinking about the new terrain pieces combined with the Hulk.

The hobby project around the new set is also looking insane, but as far as I can tell, almost all of it is non-glue so that just leaves the priming and painting, which can be done in stages…. very looongg stages….

Since I got my Goliaths finished (at least the first 10), we played this weekend for the first time with the new version and I was very happy with it. It was far too long coming to really sit down and give it a go as I purchased the first Underhive set the week it came out. I was worried about the switch from IGOYOUGO to chess style but it flows well with the ‘leader moves’ mechanic from the Lord of the Rings Strategy Battle Game. If people didn’t notice, GW has been maintaining a ruleset similar to Necromunda for a long time now with the LotRSBG.

I was also concerned with the close combat being boring compared to the old Necromunda (2E 40K) which was fantastic, but it works very well– the acting model has an advantage but if the defender survives, they get a counter.

One thing that was odd to me was NO OVERWATCH. I had my leader stuck around a corner between two groups of adversaries and didn’t know what to do and I was like: oh can I put an overwatch counter on him? Nope. You can’t just sit back and automatically get the drop on someone in the new Necromunda and while strange at first, I think that improves the gameplay flow throughout.

The game is more complex with gangs in the beginning as you get skills right out of the gate. In the old Necro, all the gangs were the same at first except for their equipment choices. In the new one, any Champions and your Leader get a skill at the start.

Anyway, looking forward to more Necromunda. Here’s some shots from the games this weekend which were played on the tiles rather than the 3d board.