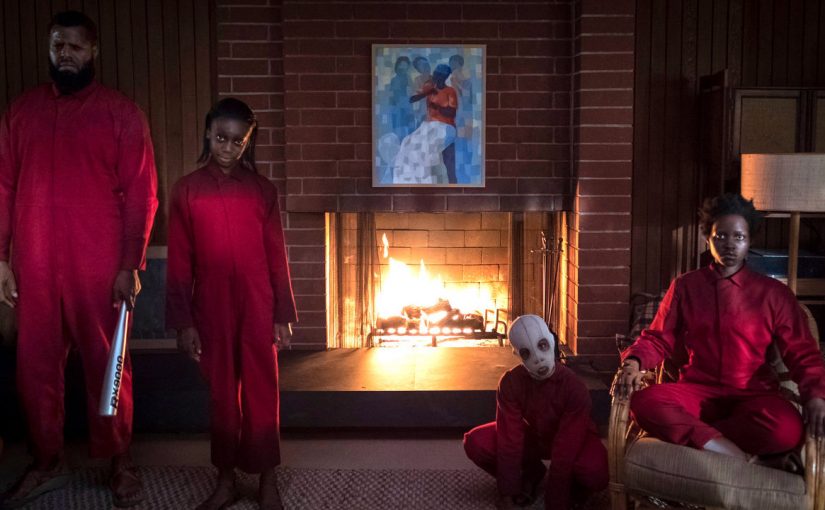 I just got back from seeing Us. Great acting, but I think it will be a confusing film for those that aren’t up on what’s influencing many writers in the indy film scene: Jung’s Red book.

Remember Mandy? I did some research after seeing that film to try to figure out what the very, very end was all about: the final shot with the twin suns over an alien landscape as Red drove off into wherever he was supposed to be going. That through me for a loop, big time (which was the point of it). This led me to read some descriptions of the film and it’s ending and specifically it’s purpose in relation to Jung’s recently released and translated Red book, which is a book about his imaginings later in life that was finally made available to the public in 2009. Specifically this part:

We hauled things up, we built. We placed stone upon stone. Now, you stand upon solid ground…We forged a flashing sword for you, with which you can cut the knot that entangles you…We also place before you the devilish, skillfully twined knot that locks and seals you. Strike, only sharpness will cut through it…Do not hesitate. We need destruction since we ourselves are the entanglement. He who wishes to conquer new land brings down the bridges behind him. Let us not exist anymore. We are the thousand canals in which everything flows back into it’s origin.

The final chapter in the Mandy film is entitled MANDY and yet she is in this portion, nearly the entire last half of the film, barely at all. The Jungian concepts that are brought together in Mandy are the concept of the conscious self and shadow self, and that dealing with trauma, truly dealing with it, is destruction of the current self to be renewed as a new, stronger self that better merges the shadow and normal selves. It’s postulated that the revenge part of Mandy is not a dream, but a trauma-management imagination where Red is the destroyer of the demons that destroyed her old self, or caused it to need to be destroyed, so that she can be reborn (watch the cartoon parts again if this doesn’t make sense). Enigmas of the people that scarred her in her youth enter the house that she and Red live in, to me symbolizing that she brings that same baggage to her and Red’s relationship and it’s causing Red to want to change things (specifically move away from where they live). Later in the film, Red is Mandy, or rather, she imagines herself as him.

But back to Us. About half way in, I realized that Us is another Jung’s Red book-influenced film and I think both this and Mandy will be compared in that way. I don’t want to put spoilers but:

I also noticed that the film tricks the audience to think it’s about racial inequality with some of the statements in the middle of the film. However, the quite well-off family in the film is black, so if you go down the inequality between people with different skin pigmentation, it doesn’t get very far, so I don’t think Us is about that at all.

Us is a solid film, and the acting is superb, though a bit slow in the middle as it slowly peels back the onion. If you look at it as a sci fi-esque slasher-thriller, great– but if you look at it from the Jungian perspective I think there ends up being a lot more meat to it.