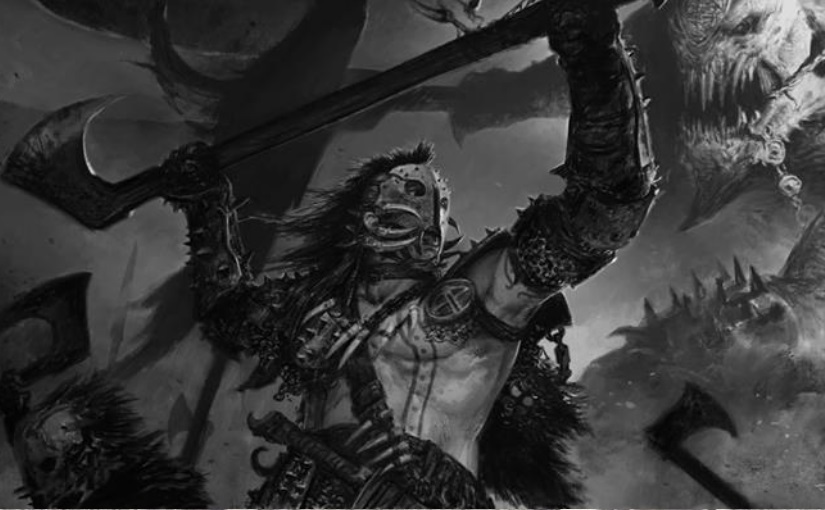 I saw the box for the upcoming CMON game HATE last year (or maybe the year before) at GENCON  and I thought it looked like some sort of Scandinavian Motor Cycle gang war game– but it’s most certainly not that.   The core issue is that from the box alone you can’t tell what it’s based on.  This year, they had the miniatures and oh man they are awesome.  It looked like some sort of vikings vs giants type of game to me, but then I went ahead an looked up Adrian Smith/ HATE and it turns out it’s based on an absolutely gorgeous graphic novel by Adrian Smith— some sort of viking madness that looks very much like his work on Chaos Marauders from back in the day.  There are now two volumes and I have the first one coming Thursday to peruse that sweet viking art. 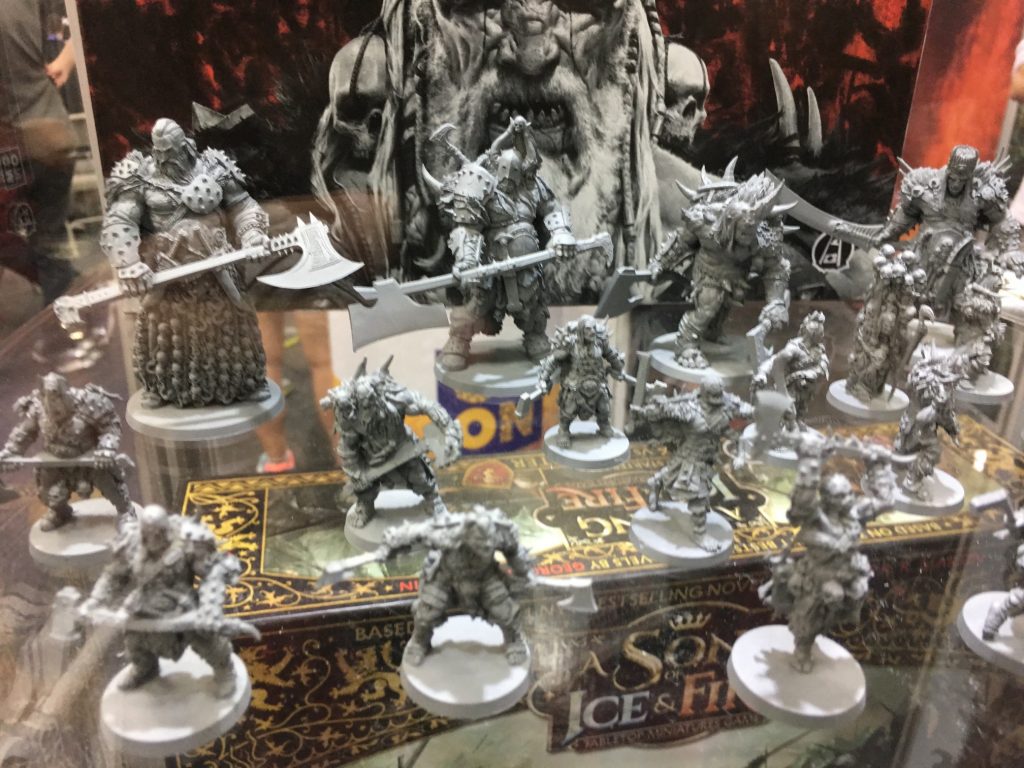 Who knows if the game is going to be good or not, but check out those minis!