This got sent to me by multiple people , it is an excellent article on the development of Quake in 1995-1996.

There’s a lot of nostalgia articles about id around, but for this one I mostly I want to comment on Romero because really any non-technical article or discussion of Doom development or Quake development has to include stuff about him or frankly, it’s pretty boring.  At the time of Quake 2/3 there was a lot of hate on Romero about his alleged work ethic, playing games all the time, the Killcreek stuff and the general perception from the internet (mostly stuff on bluesnews) that he was fucking shit up all over the place, and then came Daikatana.

While all of these things may be true,  I beg to differ that it was detrimental in terms of the final deliverable of Quake, especially Quake (and Doom’s) deathmatch. This article confirms somethings people felt a few years after it shipped (no one really knew what was going on at id a the time of development), but if you read it, once the decision was made for it to be a FPS and not and RPG game, Romero helped make Quake beyond awesome, and part of that was his addiction to his own game.

While I like a lot of other First Person Shooters, Quake is still one of the most enjoyable free for all mutliplayer.  The engine is solid and it works extremely well with multiple players when they are all physically near each other– something that modern engines for FPS do not do.  That aside for now, I feel like the fact that Romero and American McGee played Deathmatch all day long when they were supposed to be ‘working’ actually made DM in Quake, Quake 2 and Quake 3 the absolute best it could be (yes I know Romero was gone after Q2).  Romero was more than a designer, he was the near ultimate consumer of his own creation, and for this, despite all the drama around him being let go from id, and the Diakatana debacle, was a critical component for the success of the game.  While I had dabbled in the Quake single player game, soon I was only playing CTF and DM and didn’t finish the SP for a year or so after it’s release, even though we played DM just about every day for 2-3 hours.   In fact, I cannot have imagined playing a game more fervently than we played Quake.  It was pretty much the focal point to everything we did for YEARS there– a bit after Quake 2 came out is when I started to go off the constant deathmatch (only to be revived again when Q3 came out).  And why was Quake’s DM so good and we still play it at every LAN? The tech of course, and american mcgee’s levels (the Bad Place for instance) but for the gameplay? I say Romero and his addiction to playing his own team’s games. 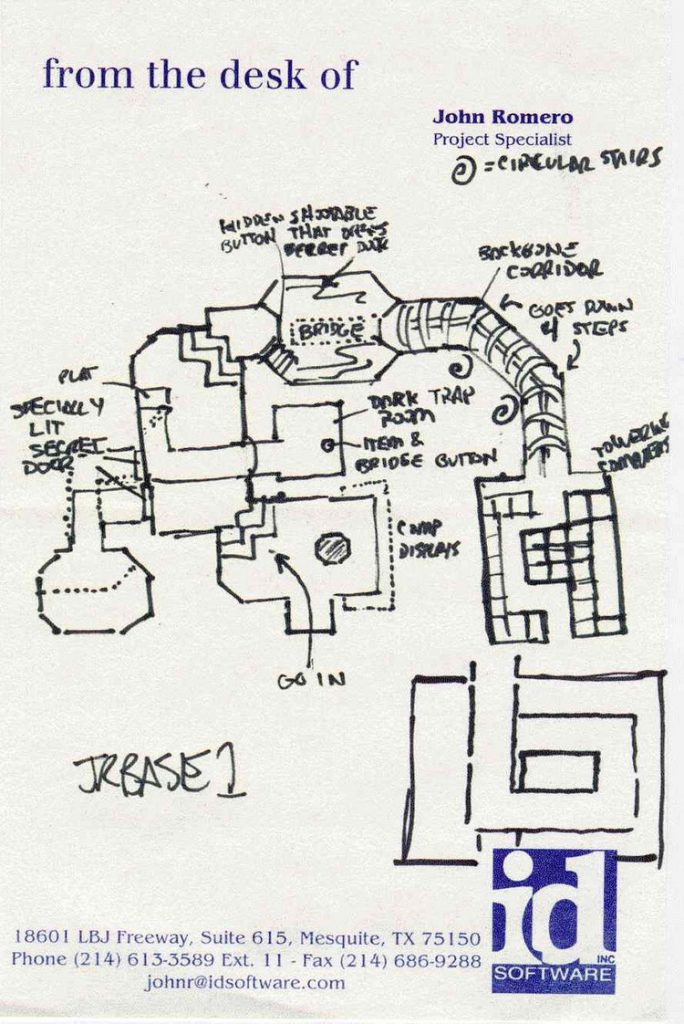