we are at the last real day of the con, Sunday being mop up and all that.  It’s crowded as fuck, with long lines and smells and bumping into huge backpacks.  We are staying at the Alexander which is a hike from the con, but real shi shi and has tons of room for gaming.  I made the mistake of getting new shoes before the con and my feet are fucked with blisters– so bad I have to wear flip flops for likely a week! 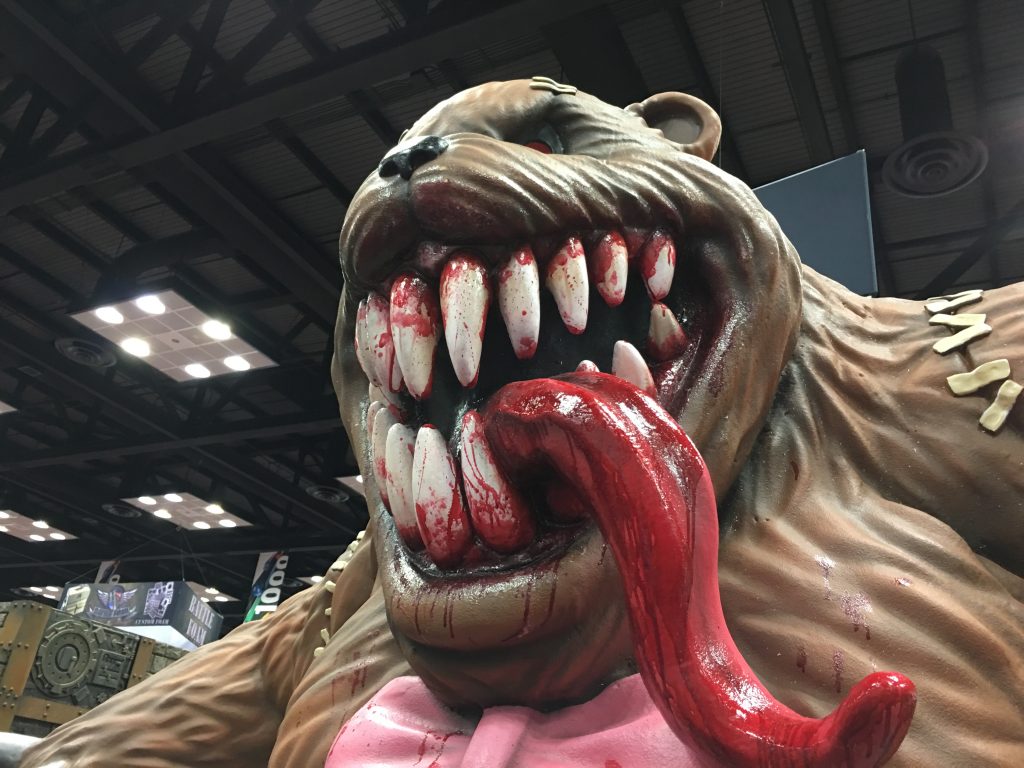 We got in a great Runequest game with a Roman legion in pre colonization North America.  I got to play the Others for a bit (should be at my house today!) and picked up Bloodborne the card game which plays ok.  Otherwise I haven’t bought much stuff, instead we’ve been eating like kings of the earth.

I ran my Lamentations of the flame princess event yesterday and it was good.  I had only one player who was pretty much half asleep the whole time who did manage to wake up and free Calcidus the bad wizard from his salt circle.  He then left the game shortly after as the other players then had to clean up that mess which nearly ended in a TPK.

We played LotFP later that day with steve, but that deserves its own write up.