Went out to the gaming stores this morning like a true nerd and scored a 13th Age Adventure (Make your Own Luck) and one for Lamentations of the Flame Princess (Doom Cave of the Crystal Headed Children!!).  Matt picked up the Dungeon Crawl Classics which looks pretty crazy.  I really don’t know why this day exists, but it’s pretty damn cool. 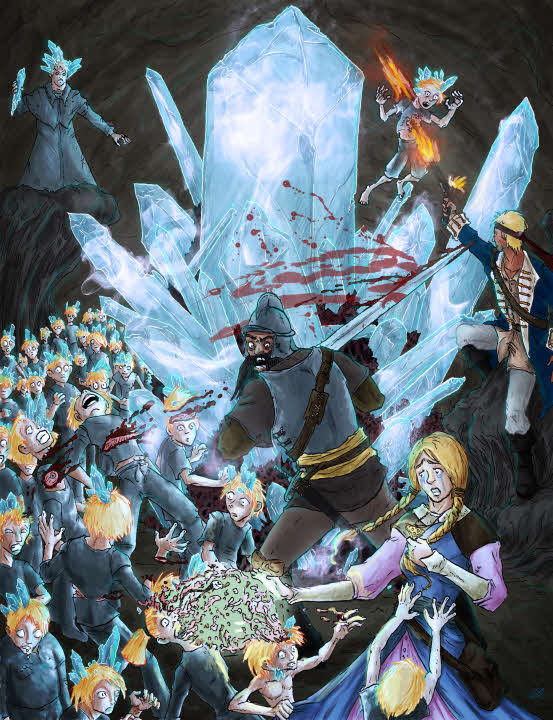 In other D&D news, there has been a release of a pregenerated fighter character sheet for D&D5.

Some points of interest:
Looks like there is a specific set of skills that all characters have, that all characters can try to do (like Runequest or OD&D). For example, anyone can disarm a trap. Will they succeed? Likely not if they don’t have skills.

Proficiency bonus– I’m not sure what this is but it looks like a plus to EVERYTHING the character tries to do.

The character sheet looks promising especially in the bits where 3.5 sucks–skills and feats. Does it look better than 13th Age for powerful character gaming? Does it look better than Lamentations of the Flame Princess for old school style gaming? Not really sure on either counts. Definitely the 5E fighter is a lot more boring than the equavalent in 13th Age, which gives you a lot of options and various PROCs to pick from plus the one unique thing and your backgrounds (a much better way to do skills with the added punch of narrative potential) and OD&D gets down to the real deal really fast without all the mess.