It came out when? Like 3 years ago? So this is not a big deal except it was accompanied by my barely 5 year old son.

Needless to say, this is one of the best games for little kids of the TV variety. It scales the challenges and clearly marks when things are going to get nasty so the kids know that they are in for some bastardo level design when they go inside one of the cat levels.

The humor is brutal and ridiculous. As the plot is a ruined theatre that has cartoon prisoners run through a series of death traps to the joy of an audience of fat-ass cats, it can’t be taken to seriously. Yet, while it’s goofy, the level of violence can be offputting for very small kids (like 2). By age 3 or so they will love the potty humor and especially the between act movies. One of the characters shits himself to death and the kids love that best of all.  They sing the songs, they talk like the narrator and it’s great– you just have to get past that it’s a ruined theatre that has cartoon prisoners run through death traps constantly.  At first my son would cry when he would lose (a cat level), but now days he just puts on his “LET’S FUCKING DO IT AGAIN” face.

While drastically different from Castle Crashers, BBT is amazing in it’s own right and does so many things dead on for a platformer. As a kid that was once so addicted to MEGA MAN that he gave up the chance of a hand job and the ability to cop a feel for a bit (age 15, so that was a HUGE fucking deal), I found the size of the guys on the screen and the overall aesthetic to be a great homage. 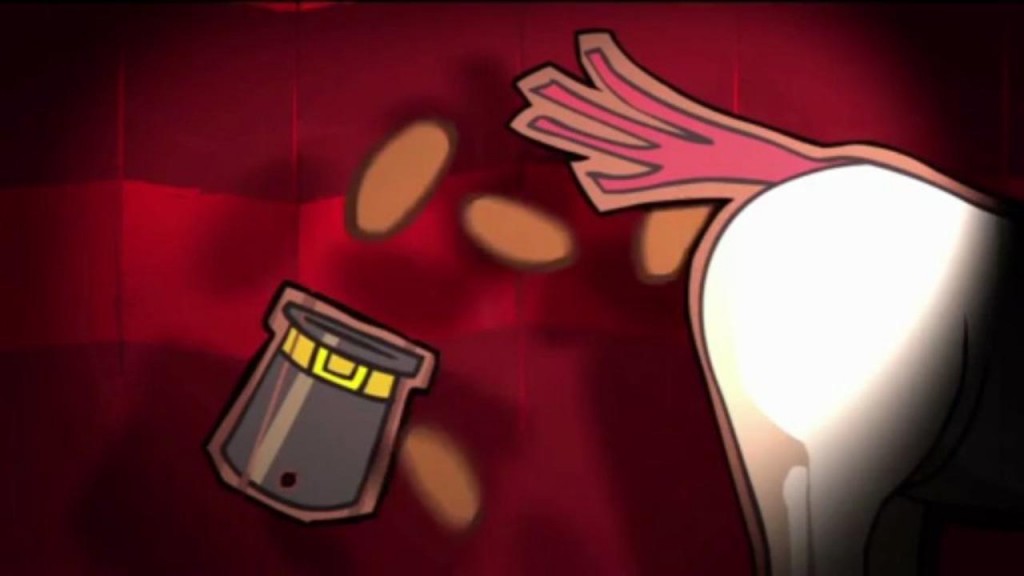