I’ve been playing a good deal of Fallout 4 in the last few months, like everyone else.   I just plowed through the Mechanist DLC last week (good, but a bit short) and really liked the new robot/raider mixed faction that appears as well since the regular raiders become, well, fucking fodder.

In addition to the Mechanist stuff, last week, a major new playstyle was also released: SURVIVAL difficulty mode.  In this mode you get to suffer hunger, thirst, fatigue, disease along with the normal people trying to fill you will bullets or eat you or burn you with lasers.  Sound fun? What’s more, you can only save when you sleep in a bed.  While it’s not exactly hardcore, you have to be very careful, especially if you are far away from a bed as all your hard work will be lost when you croak– an you WILL croak. Damage to you and that damage you do to others is super spiked in this version, and healing is much slower.  Get shot outside your power armor with a double barrelled shotgun at level 5?  You’re dead!

I’m not too far into it, but I tell you I’ve quit a couple times because I forgot it wasn’t saving the game at various points. My advice? Remember when you are dicking around in settlements that if you wander off and are killed, all the mundane building and assigning workers will be completely lost.  Remember this!

A few other tips:

That’s it for now, I am going to go back in and see how far I can get. 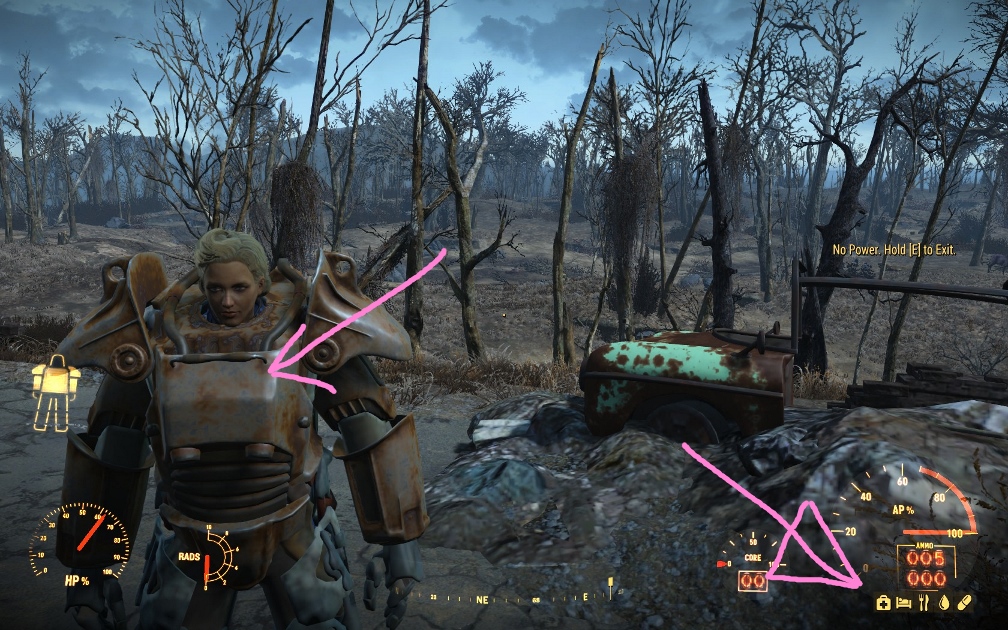