I got to say the title of this post quite a bit during Gencon, first in reference to a real sad sack we have to deal with at the con but mostly during an excellent game of Hillfolk, the new award winning game from Robin Laws.

Now, I rip on Larping to no end, and stuff like Fiasco, Durance, Carolina death crawl and Hillfolk are about as close as I would ever want to come to that rather odd hobby, but these games are great and they have simple yet rules. While I like Fiasco, and Carolina Death Crawl is an amazing one shot, Hillfolk is a serious contender for the best of these types of games from what I’ve played.  This was a 3 day Gencon event hosted by a dude named Sam.

The scenario we played was straight out of DARK SHADOWS. Set in 1985 (pre-cell phones) somewhere in New England in a small fishing town where various families historically don’t like each other much and the patriarch of one of the main families has passed on. There were a few plot hooks thrown out (nothing obviously super natural in the beginning) and we were off creating characters. The character creation reminded me of the early versions of FATE, where you have plot devices and motivations attached to each other character. The created characters were awesome, there was me: an apathetic party girl from the main family line, some old doctor (the one that was called an elderly gay tennis courtier), a young man from a rival family, an evil half sister, an addict of a brother and a mostly scared all the time office assistant to the family. The GM spun all this into a crazy tale of horror and death, with our help of course. The main meat of character creation is that there are characters that want something from you that you won’t give up, like my bleached butthole in my character’s case, or something you want from another character that they won’t give you, like a pile of money to go shopping with, again in my character’s case. Each character is torn between two poles, and you will get bennies (a sort of in-game economy) if you act, and I mean ACT, in a way that shows conflict between those two poles. 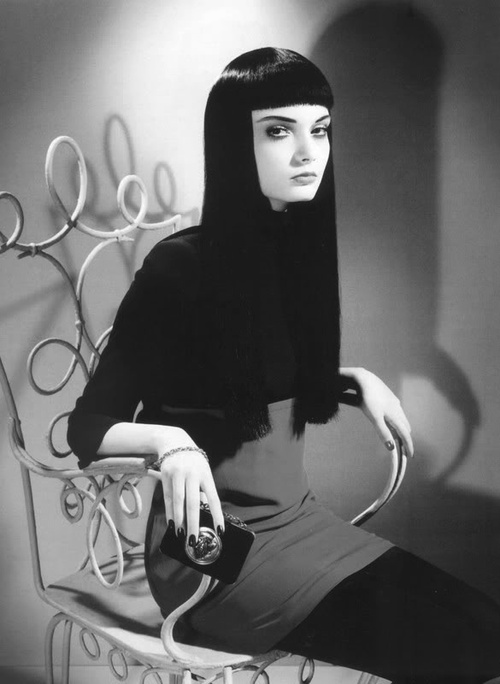 When you actually start to play (after character creation) you randomly get to create scenes. These are either roleplaying or some sort of task determining scenes (like a fight or sneaking around). Typically scenes involve you picking some of the other characters to talk with you about stuff. You usually want something from them and if you get it, or the other character refuses, you end the scene. The plot is not set, and is entirely dependent on the scenes that characters create. Some of the scenes were duds, like when you flip to some daytime soap opera and there is just some poorly written trash going on before they get to showing cleavage (I like the Mexican ones a lot more than the American Soaps for this reason). Granted, ALL of this is ad-libbed, so you have to give players a break if they’re not Constance Ford and if you are shy– ah… likely don’t play this game because you have to talk, and talk a lot about stuff that you had no idea was going on moments ago. Playing a female character for me was a challenge as many of you can imagine, but I nailed it enough to get a benny from the other players after the first “show.” I had to fall in love with one of the other characters which was sort of awkward as it was a dude, but awesome at the same time. During the rounds of scenes, the GM will interject plot scenes to move everything forward– these are likely completely off the cuff but are key as it seemed like character scenes were not the hardcore driver of the plot– we had to work around these obviously huge upcoming scenes rather than dive right in.

That said, towards the end I started getting crazy with my scenes, like a Soap that is hurting for ratings. Car crashes (hurling myself and other characters off cliffs), murder in the hospital, crazy talk and all that leading up to a blood soaked finale was amazing to be a part of.   There was just this amazing mometum that started happening about 5-6 scenes in: we had built up our characters enough to know generally how things would shake out, but no one knew what would actually happen.  The game ended with two players dead, two run away and an evil triumvirate taking shape to rule the town forever?

Final thoughts: Play this with extroverts, play it co-ed (an all-dude game, frankly, would not be very good unless your knuckleheads were good at playing women), and don’t be shy about bringing crazy shit into your scenes or calling people elderly gay tennis courtiers! (which is not my line, it’s from In the Loop BTW).  We were a bit too tame at first with setting our scenes, as the game could have gone berserk earlier, giving it a FEAST 2 vibe rather than like an 80’s soap opera that stooped to a Satanic cult plot to grab ratings.