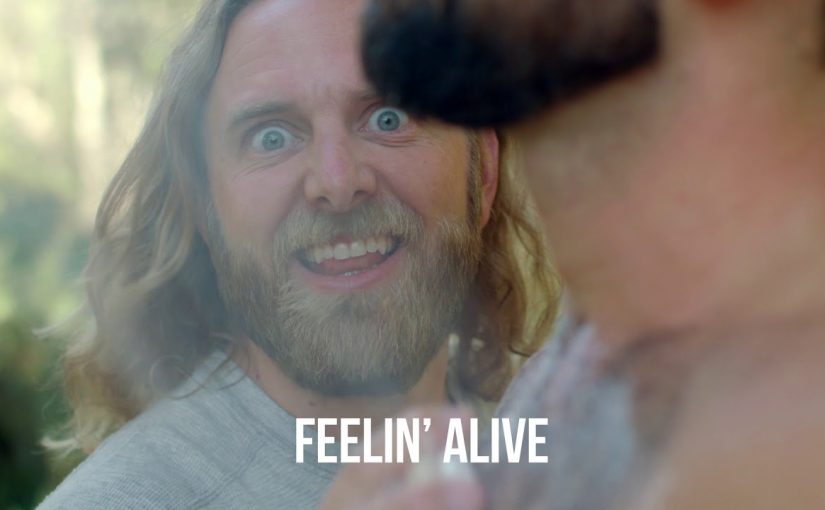 This is not an advertisement, but it’s going to read like one. I will readily admit, I totally fell for the Dr. Squatch video ad years back fronted by comedian James Schrader as it was hilarious and subsequently started up a small soap subscription. I want to say a couple things because I think it’s an EXPENSIVE but excellent product.

First, I don’t think about soap, well not until now. I grew up with Irish Spring, Ivory and Yardley’s of London soap as a kid as an adult I would just get those bottles of ‘soap’ from a pump and never thought about it.

Of course, special soaps were for womenfolks! When you see the little soap places at the mall or at county fairs or farmers markets, it’s ALWAYS marketed to the women. Therefore, I never thought about this type of soap as a guy except as gifts for gals and me mum –and it all smells super girly anyway. The Squatch stuff is marketed specifically, and humorously, towards men. Never having thought about it before, I figured, what the heck. This turned out to be a good marketing ploy to fall for, the shit is GOOD and I did give a few bars to my mom even though they are MANLY SOAPS.

The Dr. Squatch stuff showed up and smelled great. I used it for a week or so and while still thinking about soap, called it already as the best bar soap I’ve ever used. Skin doesn’t feel all dry (I never noticed before that it was, but it was) after or later in the day. It has great lather, and a good variety of (manesque) smells. All of the bars were great, but the Pine Tar made everything in the shower black for a bit, so I wasn’t the biggest fan of that one. Some of the bars last longer than others, but generally they last awhile. It sorta depends who else is using your shower. My kids get in there and I think they lather up with the shit for a LONG period of time because that’s what this soap wants you to do: lather the shit out of yourself, which, thinking about soap for probably the first time in my existence, is likely the mark of good soap.

That said, it’s 6$ PER BAR. This is expensive. Realistically I’d like to be paying about 3$ per bar of soap, but I really cannot fault the quality of this stuff. Try it– and you probably don’t ever need to think about soap again.

Lastly, this is a gaming blog so for me to take the effort, as fucking lazy as I am, to post about soap, I have to say I REALLY like the soap and when I use of my favorite scents down to a nub and it falls to the floor of the shower, sometimes, I feel sad. Otherwise, I pretty much will never think about soap again other than which scent to grab next.