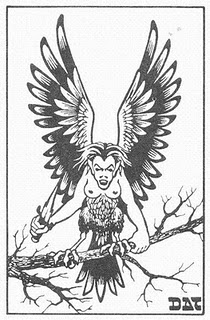 We’ve been seeing D&D Next stuff for a few years now and I would describe what I’ve seen (and what Matt has described) as ‘meh.’   In the light of the glow that Pathfinder has taken on in the last two years it’s going to be tough for WOTC to compete with Pathfinder on an even level–and do we need another PNP D&D? It looks like WOTC may think PNP is not enough based on the following:

“Players will be immersed in rich storytelling experiences across multiple gaming platforms as they face off against the most fearsome monster of all time.”

I would argue that we already have a D&D Next that’s not built to compete with Pathfinder, but fits far better into the adult PNP style of play– but that’s a post for another day.