Well I got some goddamned reading in the last month or so. I finished St. Liebowitz and the Wild Horse Woman and wanted some lighter pap to clear the palette for later heaviness. I got my dad GHOSTMAN for Xmas which he devoured and sent back to me so I tackled that first. As you can see it has a SHIT ASSED cover typical of the Robert Ludlum type books around today with some lame ass smeared photoshop crap across the cover. 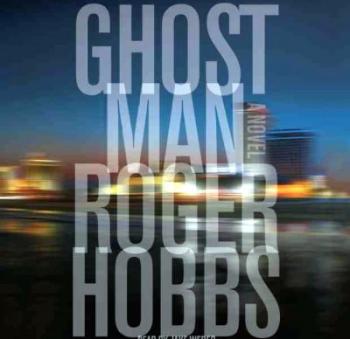 This was a solid read about a guy that gets involved in cleaning up a failed bank truck robbery. It moves very fast and has a lot of really good spy tricks and trinkets going on. There was one scene used to establish the villain as a ‘real bad guy’ that was pretty fucking stupid and extreme, but the rest of the book was good. Unlike the two books below Ghostman says NOTHING about anything. It is meaningless except for the story itself, it makes no commentary about modern life or anything–just an ego trip by the author with some sneaky main character with a lot of pre paid cell phones.  And they will probably make a movie of this one.  It will be good action and a good story, but ultimately meaningless. 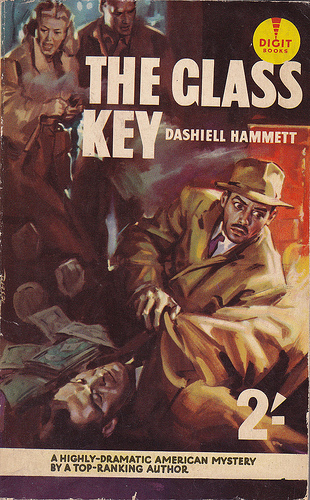 The second one goes back into the 30’s: Dashiell Hammett’s The Glass Key. This is a fucking masterpiece of noir/mystery writing about a political fixer (vote repeating, getting unions to vote X way, etc.) who is purportedly involved in some sort of murder. He’s assisted by the protagonist who is a gambling addict on waivers who uncovers a big fucking mess of intrigue. Hammett is no joke and this is as good if not better than Maltese Falcon. I’m going to watch the movies soon. What’s more this is a SCATHING indictment of political back-door dealing and buying elections. Hammett is trying to reveal some very bad things going on in addition to all the, you know, beatings and murders. 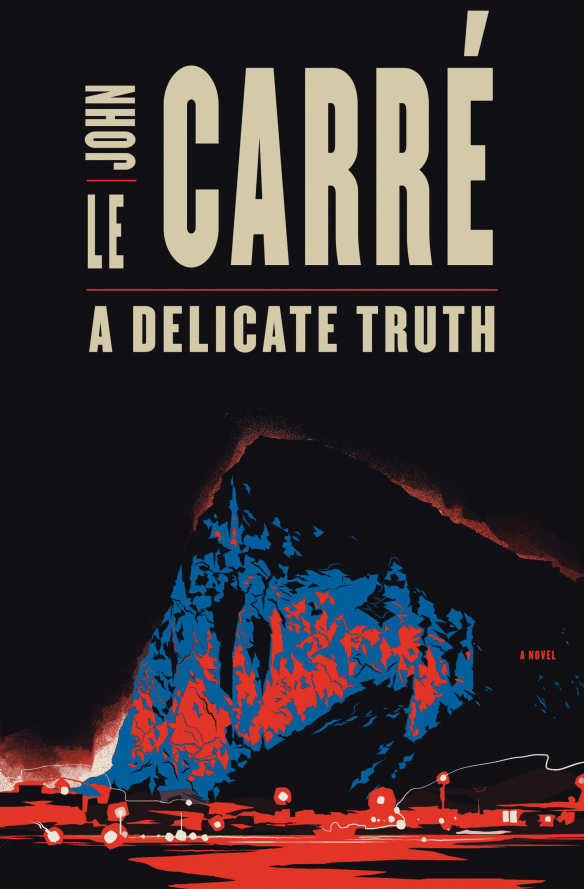 The last one was a new one from John Le Carre (of Tinker Tailer Soldier fame) called A Delicate Truth. While not as strong as The Glass Key, this is an excellent read about a bunch of really incompetent public officials and ‘spies’ who constantly fuck up everything and it sort of works out in the end. No one in the book is all that smart, so it’s sort of an everyman thrust into a series of terrible situations where more bad choices are made. Le Carre here is calling out corporate security and corporate war making abilities as adjunct to a government’s power over control of mass violence. It’s message is not subtle and resonates throughout the text where the shadowy shit is not in the government but in this horrific mash up of government, corporate and law enforcement mess where it’s not clear who is actually in control.  Think Executive Outcomes from the 90’s (and of course, Jagged Alliance!) They are going to make a movie of this fucker eventually.

All three great reads, the first one is super light and altogether meaningless, but fun. The other two are also fast paced pulp noir stuff but have some interesting subtexts and social commentary.

Now back to the heavy stuffs.