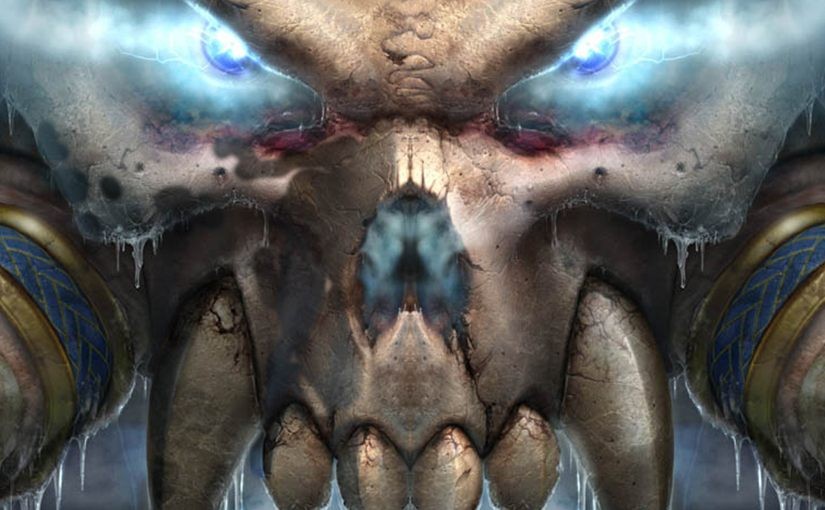 Oh boy, I had this article in my drafts folder since 2011 or so and just forgot about it, but at the time (and now) I feel I must crown the king of video games for the last decade.  There were so many to choose from. I realize this is a bit… late.  It goes without saying that 2000-2009 far outstripped any other decade for video game entertainment with the only genre I feel fell off the radar a bit were fighting games, and even those got some mega love with Virtua Fighter 4 and 5, Blazblue and Guilty Gear.   There is no denying that Halflife 2 is certainly a highpoint in the decade’s games, I’m contrarian and liked Far Cry quite a bit better.  I probably put more hours into Rome Total War or Morrowind than any other games, and both were contenders.  Yet title can only go to the game that redefined an entire genre forever, a game that, for me, was a sleeper hit and came out of nowhere in the Spring of 2003 to be the dominant gaming addiction for almost an entire year and has remained on my various hard drives ever since:  Warcraft 3.

Why?  First, and probably least important on this list, the storyline.  I’ve always felt as if the folks at Blizzard watched the new Star Wars movies with the same abject horror and revulsion as the rest of us and decided to show everyone how a good anti-hero story should unfold. And they did. The Arthas story line starts out a bit cheesy but then descends into madness and death and some fantastic character development. The overall plot is quite complex and intertwines through the campaigns for each of the factions running seamlessly through the base game and the expansion.  However, I never once, even nearing the crazy climax of Frozen Throne, felt that I had lost it and had no idea what was going on (see Soul Nomad and the World Eaters for an example of a game that goes completely off the rails of understanding).  The pacing, difficulty scaling and even character development is absolutely top drawer. Nothing I’ve played in the genre has come close. Starcraft 2 pales in comparison (they just can’t keep the cheese out of the space shit…)

Second, and most important: gameplay.  Originally, Blizzard didn’t fuck around like they do now when it comes to gameplay, it has to be absolutely perfect for a game to go out the door and what’s more, it’s a moving target of perfection that was (and still is) constantly tweaked after the game was released.  More that the jewel-like quality of the interface, Blizzard took on the huge risk of merging RPG elements with RTS in a way that actually works with forcing your characters into battle, either with creeps and especially with the enemy to get more powerful.  This made the game reward the super aggressive, the antithesis of the lesser RTS games of the decade such as Age of Empires or Supreme Commander.  You must attack the creeps, you must scout and you must harass your opponents as quickly as possible for any hope of winning.  Two-player games typically last 15-45 minutes, another distinct contrast to the unfinishable games of Age of Empires or Rise of Nations RTS fans had been suffering with.  Even big free-for-all games are quickly completed.

Third, in contrast to games of the time, Blizzard extricated turtling as an option.  Player’s bases evaporate quickly under even a medium level attack and almost instantly with a large force.  You can rely on your base for a place to quickly regroup and heal, but a base undefended by an army is one that will not be there for long.  Again, unlike RTS games at the time that focused on players building up massive defenses and then throwing wave after wave of (un-microed) units at it until the resources ran out, Warcraft 3 totally shifted the focus onto the army itself.  Typically you have only a handful of units of each type and with a low population cap you really can only have a single army with a few units here or there for scouting or harassment.  This means that  battles that take place are between one players main army and another players main army– guaranteeing that both players are not only fully engaged in the fight, but actively working to win the battle via micro during the entire engagement which brings us to micromanagement.

Warcraft 3 shifts the micromanagement focus away from the base/town/city and onto your army.  I’ve heard arguments against the game that it was too much micro, but really it’s just a shift away from building units, defenses and towers to managing the movement, positioning and powers of a single army (with the accompanying heroes).   Similar to base building (ugh) you have to know what to do and when to do it.  The main difference is that with army micro, the management has to happen during the heat of a fight and takes, of course, a lot of practice to get down.  Once you do, you realize that not only did Blizzard put the RPG into RTS but they put the Street Fighter into an RTS as well.  Your heroes form the core of your ‘powers’ during battle and have to be used in conjunction with your army to pull off a series of moves.   For example, I’m playing Night Elves vs Orcs.  It’s about mid game and we have a dust up.  He’s got a bunch of Grunts and catapults (the gruntapult tactic typical to orcs vs night elves) and I have some archers and elves riding wolves.   I know that my meat (both archers and wolf elves) has light armor that takes HORRIBLE damage from Siege damage (that the catapults do very well) so I have to take them out first before they get too many shots.  So I attack with my wolf ladies as a group, focus fire with my archers on a single Grunt, then teleport in with my arbiter next to one of the catapults and fire off a couple of powers (a ranged poison attack on a hero and an area effect attack) swallow a mana potion and then teleport back behind my line of Wolf-riding elf chicks.  Then I check damage to my units and dance away any that are too hurt and risk going down, then refocus fire my archers onto another grunt and decide if I can press the attack or have to run away (usually in this case I’d run back home to heal up at the moon wells, then come right back and do the same thing).  All of this happens in seconds.  You have no time to think, you just do this out of practice.  While Starcraft certainly has a level of micro similar to this, it’s so much about positioning and a lot less to do with what I feel is more fun: powers.  We take a ton of things for granted these days with World of Warcraft and every copy cat game out there having powers that cost X mana and have Y cooldown period that weren’t around before Warcraft 3.  Blizzard didn’t invent this, but for RTS, they perfected it.  For me, every game of Warcraft 3, even against the AI, is intense, pushes my skills and best of all comes to the point of decision QUICKLY without a lot of waiting around.  There is no more perfect gameplay in the genre.

Graphics.  By modern standards Warcraft 3 still looks pretty damned awesome.  What sold me on the game was a series of gifs made for the website in late 2002/early 2003 that showed each of the units posing and animating.  Even at such low polygons, these models just ooze soul.  I don’t know how Blizzard pulled it off as really there is nothing that can be compared to it at that time with such low polycounts (and yes, I am also amazed at Starcraft 2’s models as well).  Again, after Warcraft 3 came out, everyone looked a what they had done and said OH YEAH, that’s how you do it.

Lastly, Warcraft three spawned an entirely new genre of games– the MOBA that has far exceeded it’s parent RTS in popularity.  Unlike Diablo 3 or likely anything Blizzard ever puts out again, Warcraft 3 had huge modding capabilities and support and people took this and ran with it.  Little did I know back in the day playing some weird little mod called DOTA that would spawn dozens of commercial games emulating it and that Valve would eventually own the original (and best) version while Blizzard tries to play catch up with their feeble ‘Disney-like kitchen soup of our licenses’ offering.

It’s sad where Blizzard chose to go after this game came out, but they are in this business to make money after all, and RTS games? Well likely they don’t make much money anymore. Warcraft 3 represents a time Blizzard was at their zenith of game development powers before the World of Warcraft made them billions of dollars. Like Keneda says: “Money fucked Star Wars, money fucked Diablo 3.”  Nothing that has happened since can tarnish that Warcraft 3 is the best game of 2000-2009.