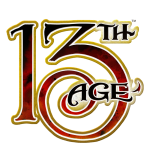 We still had communication problems, but were able to eek out a few hour session of 13th Age last night. I really like Roll20 for facilitating online play, despite the crappy voice chat, the rest of it is fucking top drawer. I mostly hate it when people describe what actually happens in a PnP session so I won’t bore you with the details around what happened, but rather stuff about what it’s like to GM the game.

Encounter
There was a short fight in the session, and it went fairly fast– slower due to communication problems than it should, not because of the game. I built the antagonists for this encounter in about 10 minutes and could have been faster but I wanted some sort of weird power for the caster so did a bit more searching. Balance wise it was exactly perfect for what I was trying to go for, the characters took some damage (two of them were at their staggered level) but the enemies went down quick, since this was a bit of an interlude from the main plot. There’s a lot of stuff that 4th Edition D&D did right, and the encounter building was one of them and it’s even better in 13th Age because only the most ungodly powerful monsters have the mega stat-lines that 4th Edition has.  So, I don’t feel like I have to build out mass stats for, say, an Exalted enemy (making the 10 or so that I did took hours and hours) and yet I can have enemies with interesting powers that sometimes don’t come into play during a single fight since they may not proc.  Surprise for next time!

XP
This is another area where this game shines.  After last night’s session there was no diddling around with XP since…there’s no XP at all! It’s just slowly dawned on me after the last two sessions how awesome this is for me as a GM. I get to decide when the players level up– when it’s best for the STORY and I feel like they’ve earned it. It removes all the fiddly crap since people aren’t writing large numbers on their character sheets, erasing it over and over, using a calculator and then messing around with trying to get into fights with barmaids to try to milk out 5XP for the next level. None of that shit is in 13th Age and I don’t think anyone will miss it at all. I do favor the per-session XP of WFRP as an alternative to no XP, but that is as about as detailed as I want to get.

Characters
I frankly don’t know what all the characters can do yet. I’ve read through the classes, but my retention is low– I really leave it up to the players to let me know what their class powers and talents do so far. A couple of the dudes do not have the book, so the fact that they put out an SRD for the game is fucking AWESOME.  Really a player just needs a character sheet and the 5-8 pages for their class info and that’s it.

Adventure
I’m running the first adventure out of the back of the book, it’s no Oldenhaller Contract, but works fine. The players could read it, sure, but with the Icon Rolls and other stuff going on, it’s likely going to be very different than what it’s written as. I have written a custom 5-6 session adventure for the group, if they choose to continue so we’ll be hitting that next. 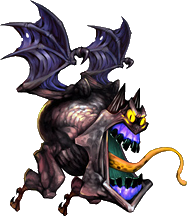