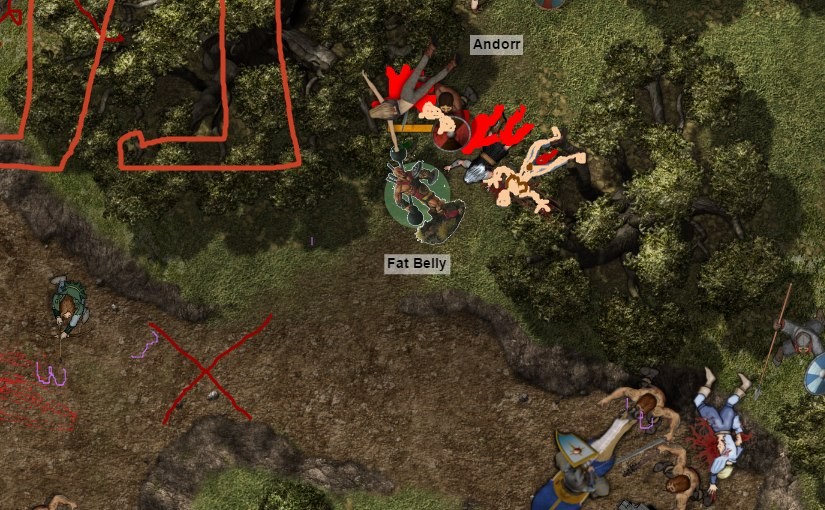 Ended up being one big battle, but was a good time.  Trying to do some sandboxing with 13th Age to see how it goes. I have an overall plot in mind if the icon rolls and players let me pull it off, if not, there are many other plots to be found in the 13th Age.   Even though one of my players will read this, I won’t lie, this is all a precursor to EYES OF THE STONE THIEF which is a champion tier adventure.

Comments on Roll20.  I’m not sold on the amount of prep I have to do, but that’s not the worst thing ever.  I am a lazy fucking GM (I think Exalted sucked all the non-lazy GM out of me) and I just want to sit down and play after reading some modules on the bus.  13th Age, like LoTFP, let’s me do that as long as I don’t have to memorize everyone’s class powers.  Yet with roll20, if I think there is going to be a set-piece battle, I have to build it out with maps and tokens and all that.  Once the players are off the first few session rails, this may be more difficult to prep for before hand.   I may go to narrative rather than miniature based combat which is the same as how I play face to face.  Let’s see what happens.

After this session, one bit of tech I will ALWAYS use in D20 games forever anon is the Disadvantage/Advantage rule from D&D 5th Edition. It’s just a really easy way to give a bonus with out a +1 or +2.  Crits happen more with Advantage, and Fumbles with Disadvantage and I think that’s great.  What could be easier?  I know it probably slowed the game down a bit when I gave it (mostly to the ranger who was stunting) but it was worth it.  I bet this leaks into Lamentations play as well.

I’m not going to give away what happened, as I may elude to what is to come too much. There is a point where the story arc may near it’s end and then I’ll post a big thingy about it.  Suffice to say that the Halfling Bard was gravely wounded and was worried he had died at 0 HP– conditioning from LotFP no doubt.