While my daughter said “this looks like it has a 2$ budget” from the trailer, she will be forced to watch at least the first episode of Invincible on Friday.

I passed the comic up at the comic store based on how…. lame the main character’s uniform is. It’s striking, but looks like Elastic Man with different colors. However I gave it a try and the comic is good, easy reading, especially after I’ve been on the Alan Moore stuff for so long that is both text and artistically dense as hell (mostly due to Kevin O’Neill–wow) and let’s see how the show follows suit. There is a BIG twist in the series that doesn’t suck at all, mostly because when the twist happens, that’s when the story really starts– If you find it slow at first, stick with it early on until, well, you will know.

There are some parts that get tedious, but when the fighting starts it gets good in the same vein as Savage Dragon (who is in the series as well). The super hero battles deliver on a level rarely seen in DC or Marvel stuff and because the characterization and development is so strong outside the fights, they don’t turn into just your standard early Image constant battle comics (see 90’s Cyber Force, Brigade, Youngblood, Supreme, WildCATS, Stormwatch… did I miss any?).

Maaaaattt and I tried to go to the movie theater Friday and it was great: we were just spaced out and had to wear masks when going into the theater itself. If we skip the masks, it would be a fucking AWESOME experience as it is a completely non-crowded theater by design. I recommend going to see movies now before things get back to normal as you will not have crowds.

However, our attempt to see New Mutants failed as Mother Nature had other plans. A GIANT supercell went over the top of the movie theater before floating angrily out over the lake and knocked the power out all over the area, including the theater.

And, of course, it was right when the movie was starting to get interesting.

As far as I can tell seeing only about half the fim, New Mutants is a horror movie with super heroes, which due to my love of BPRD (Hellboy), Call of Cthulhu and CMON’s The Others, is right up my alley.

And who is not a fan of Magik? 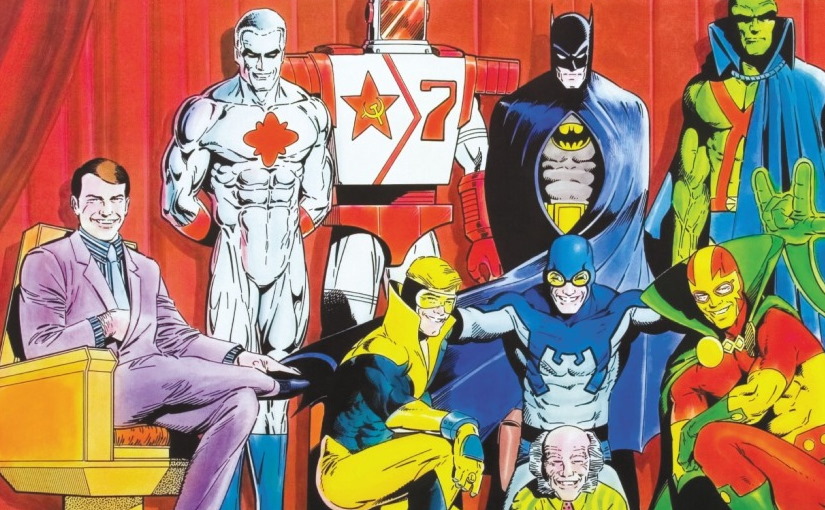 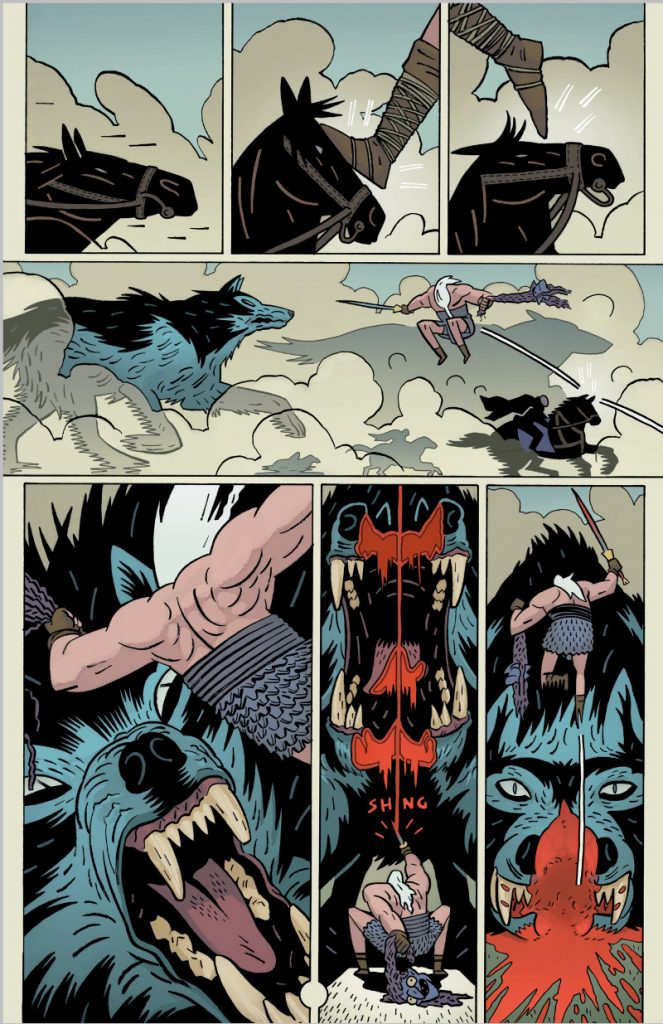 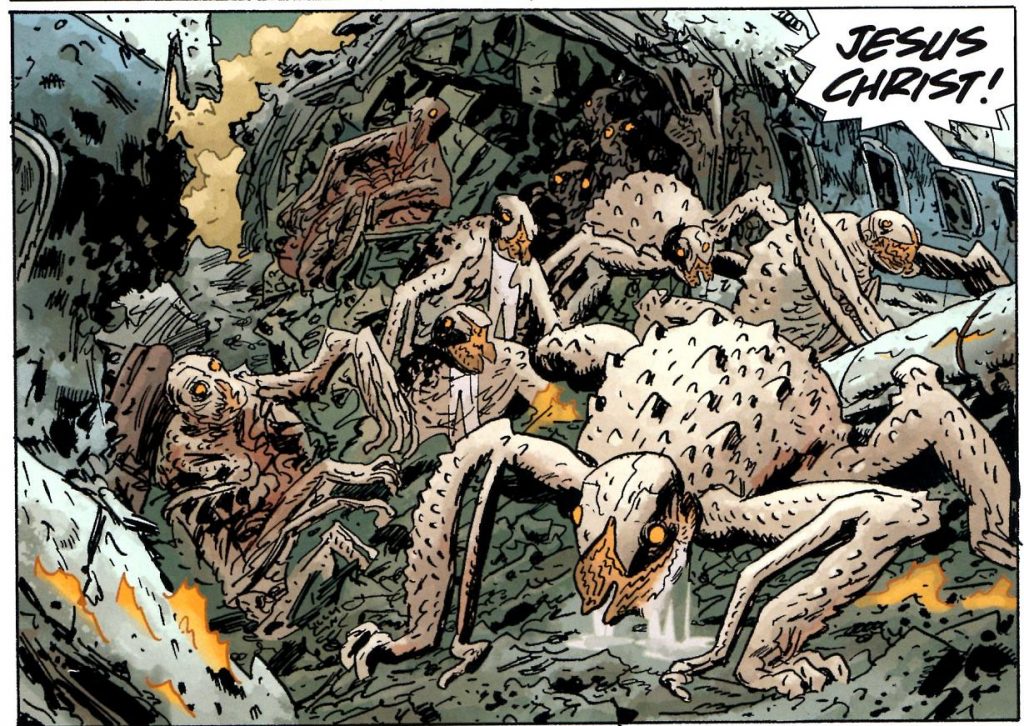 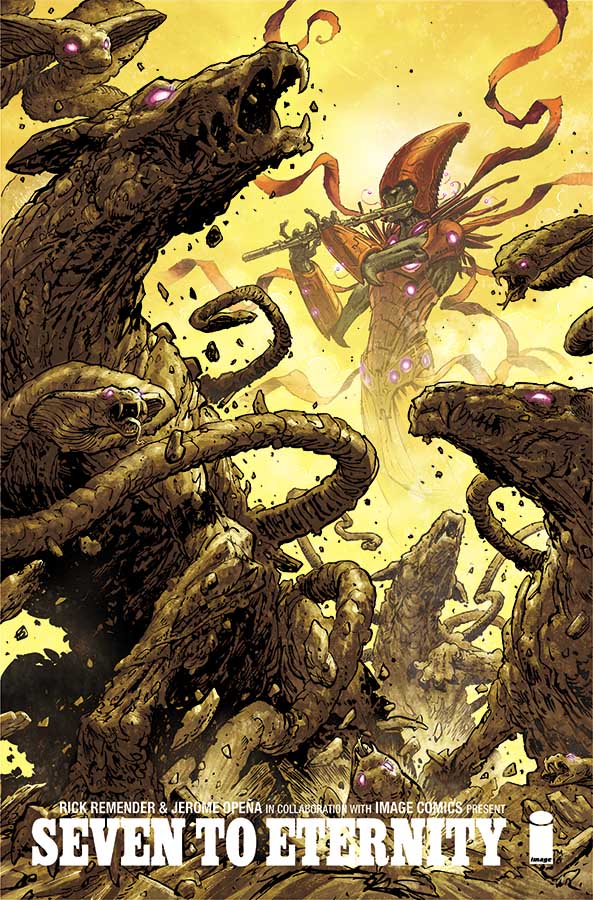 Head Lopper.  Get it.

While I think LOW, one of my current favorites, may have jumped the shark with sentient MICE, I was happy to find issue 3 of Head Lopper sitting on the shelf and it’s superlative.  Think viking violence mashed in with adventure time.  I also picked up Miracle Man Olympus from the Alan Moore period where he teams up with the soon-after-to-be Swamp Thing artist.    Also just finished Junji Ito’s UZUMAKI, which I had only read parts of on the internet in the past.  Highly recommended. Two big comics from my errant youth may be back in action– both TOY BASED and should have been total shit, but both the early Micronauts and the middle run of ROM were excellent.   Yes yes, the endings of both series were quite bad, but at that point both had been handed off to various other teams and artists and it just naturally turned to shit.  I’m very interested in what IDW does with these two.  The plot of ROM was fantastic for one, and Micronauts wasn’t too shabby either.

The only worry for me is that Micronauts has had at least one reboot (not including Micronauts Voyages which killed off all the characters in the end) and it was awful, so we’ll see…  Go Baron Karza Go!

It’s terrifying and awesome. Basically you see a picture you like and you can click on it, then you can search for more images LIKE that one by zooming in on a part of the image. While this could be very useful for just about everything, the obvious use is obvious.

Seriously though, it’s pretty great for other stuff as well– really it is.

For those of you steeped in Marvel geekery in the mid-eighties, this is a fucking brilliant read about the abhorrent Cloak and Dagger Secret Wars 2 crossover.  I had come out of my “buy everything Marvel” phase around this time with just how shit ROM had become and how piss Secret Wars II was from the outset– even as a little kid it was obvious something had gone terribly wrong with comics that would only be redeemed by the shallow but beautiful Image comics late in the decade.   This was also the time I started getting into Epic Magazine, Heavy Metal, Alan Moore’s Swamp Thing and Cerebus (which was just a confusing mess for a kid really) so it was a distinctive shift from mainstream comics.  Reading this, you can fucking SEE why in all the gory detail. 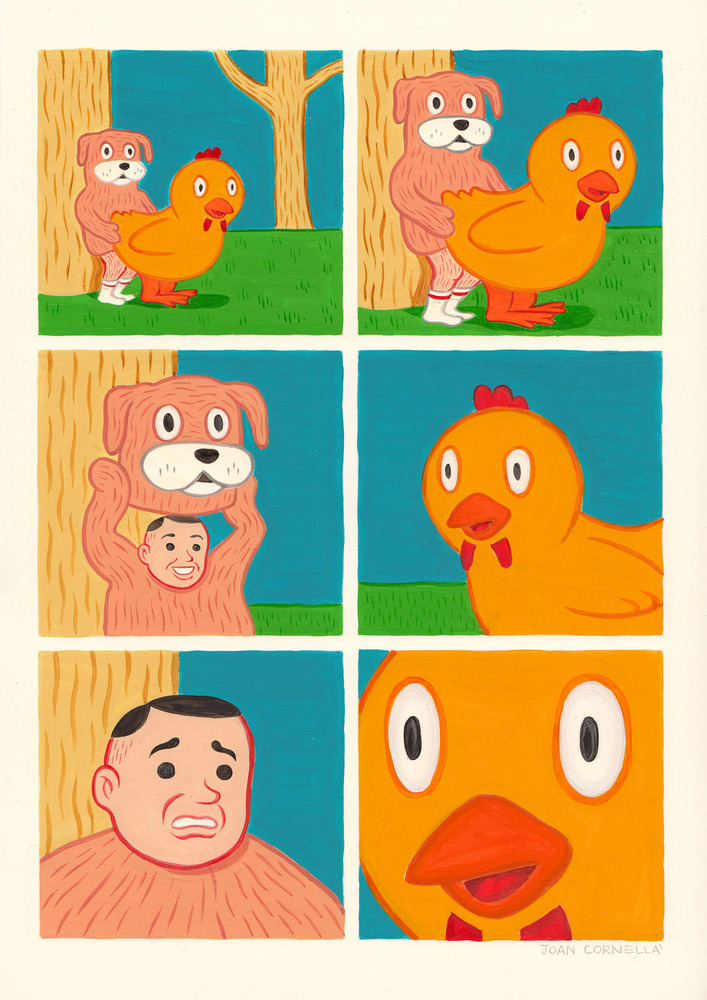