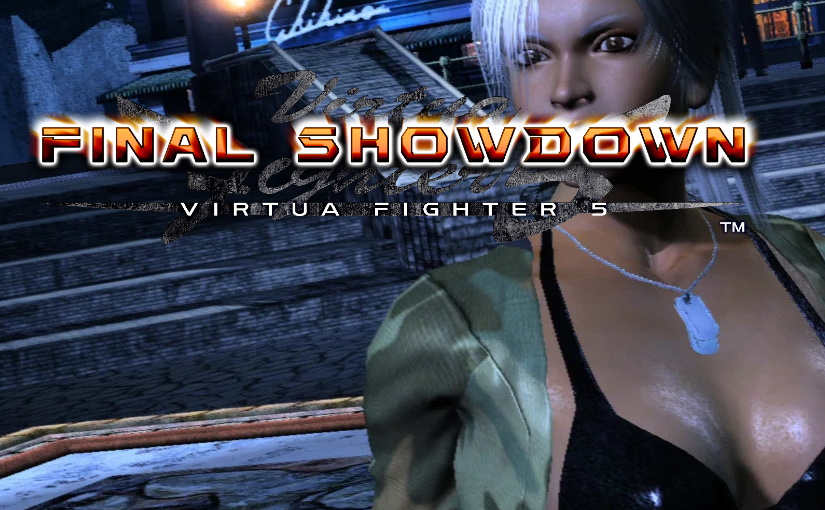 Wow. 10 years. I feel like I’ve only scratched the surface yet with this fighter and I have played it a lot. I still ALWAYS have my Xbox 360 connected to a TV in the house for this game alone (and a few others). Granted, right when this came out I had my second kid crawling around, so there hasn’t been much time for serious fighting game play or practice.

I first played Virtua Fighter 2 in the arcade at the University of Florida (and later at the arcade in Madison, WI) and waited EAGERLY for it to come out on consoles. I could never get anyone to really play it with me a ton, and in the later 90’s we had TOBAL 2 which eclipsed everything. While I followed the series, I didn’t get into it again until VF4, which is amazing. The Kumite mode in that game really pushed it over the edge, where you go to different arcades and compete in different tournaments and the AI of the players follows the styles of various real people!

To put it in the most basic terms: VF5 is the greatest fighting game ever made.

People still play, there are tournaments going on even now. This is from just the other day.

Watch in high level play in VF that the players keep their characters right near each other at all times. Look at ANY other fighting game and there’s a lot of long/medium play and when characters get close in it usually means someone is instantly full screen comboe’d. This is because the players are testing their Yomi vs what the other players will do with the whole guard, attack, throw rock paper scissors.

Platforms. VF5 has not been officially ported to the PS4 or XBONE. You can play it on PS Now (yuck) or buy it on the XBONE as a backwards compatible game. I believe most competitive play is on the PS3 still. So like Tobal 2 (the subject of another post) this is a game you have to work at getting to play.

So get your PS3, Xbox 360 or Yakuza on the PS4 and play some Virtua Fighter!