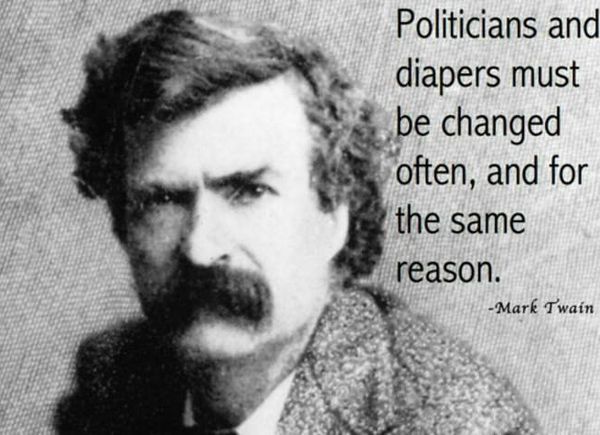 This is probably the first ever political post on this blog.  The header for this post was from Matt and the rest is a guest post by Burger who scored the Republican debate, which means he sat through ALL OF THE TALK FROM THESE FUCKING KOOKS!!!!!  Take it away:

I got through it….I don’t know why.
After watching, I have rated the candidates on several categories, those being:

The candidates earned a 1-10 in each category, for a max possible 40 points:

11. Ted Cruz 0/40 (horrible in every possible category, believer in no amnesty whatsoever for illegal immigrants, horrible religious nut, believes we should attack every country ’cause some radicals said they’d kill people in America for shitting on the Koran, etc….Says on day one he would do alot of impossible things, like rip up the Iran agreement, cancel ObamaCare, get rid of the supreme court justices that ruled in favor of allowing gay marriage, and pre-emptively attack Iran, Syria, and Russia….a busy first day to say the least.)

10. Mike Huckabee 2/40 (worse than Ted Cruz in every category and by far the craziest, except showed some compassion for poor immigrants and would not immediately kick them all out. Unbelievable nutcase on foreign policy, believes in no taxes on income whatsoever, positions on religion, gay marriage, abortion are the worst in US history–he’s ok with federal employees not following the law because of their own religious ideology….again, believes in selectively abiding by the constitution. Can I do that?)

9. Scott Walker 5/40 (he seems reasonable compared to the first two bozos…..yet you can’t find any possible thing about him that is not terrible except his packer fandom….and I even question that! His goal for this debate was to be less silent than the first debate, and perhaps he accomplished that. I guess I give him credit for calling Trump out a few times.)

8. Ben Carson 9/40 (I think I gave him points for being a brain surgeon somehow. He seemed willing to at least consult with people on immigration, he was in favor of raising the minimum wage, although he said he would only do it once forever? His foreign policy is nuts, he defers answers to god for a disurbingly high percentage of his answers, he believes in a flat 10% tax…The fact that no one knows what he could or would do is probably bad rather than good.)

6. (tie) Jeb Bush 11/40 (his answers are terrible on everything, he refuses to acknowledge that the second Iraq war was a mistake. His immigration policy is not the worst and he’d be somewhat practical maybe, he is more well spoken than the rest of the field, and earns points in that we would ultimately be better off with him than some of the crazy people. I don’t think he would do as terrible of damage as many of the other candidates, and, although terrible, was definitely not the worst on religion. I give him some credit for being able to speak Spanish.)

6. (tie) Carly Fiorina 11/40 (a smooth talker, she was battling Trump most of the time. She talked like a hard-liner, basically saying she’d build a huge fleet and air force, quoting a bunch of phantom statistics, to make the world safe through force somehow….wait, how did I give her this high of a rating? Se falls into the category of, “I’m a former CEO, therefore I must be real smart and accomplished and can solve any problem in government.” I guess her lack of much record in politics can be appealing to some people, but I’m not sure that highly questionable tenures at Lucent and Hewlet Packard qualify her for anything.)

5. Marco Rubio 13/40 (he’s terrible, but would probably just extend the status quo and not make things radically worse. Basically, his comments were not the worst on immigration and his comments were slightly less crazy and terrible than the candidates above. i.e., he was not quite as distinguished in his terribleness, but maybe he just wasn’t well spoken enough in his canned U-rah speeches to reach the absolute bottom….he was reading off a script all night, and it was dreadfully apparent.)

4. Chris Christie 14/40 (he’s corrupt, he vows to prosecute all marijuana users in Colorado in one breath and preaches states rights in the other, yet he has some practical experience and has survived in a very blue state, meaning he has some ability to compromise. I think some of his comments were banter and conservative platitudes so as not to make himself unpalatable to the tea party base. He’s probably the first or second best choice among this field to actually be president in this country)

3. Donald Trump 16/40 (he says many things that lots of Americans will like, although it was mostly bullshit. His tax policy and domestic policies as he states them now with no detail whatsoever don’t sound too bad. His immigration policy is beyond lunacy-cancel birthright citizenship, round up all immigrants in the first week and send them to mexico, build an enormous wall between mexico and the US, then go to mexico and bring back the good immigrants….hmmmm. Trump also said no one would talk about immigration if he hadn’t brought it up. He effectively pounded his own drum all night and drowned out the other candidates. He said he’d be friends with Putin cause everyone likes him, and he’d get Putin to do what he wants. I still can’t consider him a real candidate, but his campiness and free-flowing snappy comebacks are something that Palin lovers will like, and he is much more well spoken than her…..however, the connection between “successful” business person and leader of the country is questionable at best….billionaires with a singular angle have the assets and maneuverability to exploit laws for their own benefit, like declaring bankruptcy, etc….would any of that work for a country?)

2. John Kasik 18/40 (he seems like a consensus maker to some degree. Other candidates seem to respect him, his record in Ohio has some good points, although he’s a union breaker as well. His immigration policy is on the higher side for this bunch, domestic policies seemed at least somewhat reasonable, he’s too religious for my liking but it doesn’t interfere nearly as bad with his ideology as the ones a the top. He wouldn’t be the most ruinous president)

1. Rand Paul (21/40) (his ideology is by far the most palatable to me of any of these candidates. He believes in consensus building with our allies, staying out of unwinnable conflicts in Syria, Iraq, Afganistan, etc….He backed Trump on a weird interpretation of the 14th amendment applying to whether birthright citizenship is valid, and overall, his immigration policy is one of his weakest points. Also his flat tax structure of 14.4% to everyone….? Other than that, he was reasonable on domestic things, he’s anti-religion, he’s in favor of no marijuana prosecution in states that have legalized….I think libertarian viewpoints are defensible as ideologies because they are based in logic. All this being said, he’d be a disaster if he became president, as 90% of all Americans would HATE him, and he’d be politically crucified from day one by both parties)

In general, the infusion of Trump and Fiorina and their success in the polls to this point may be forcing the more core republican candidates to be more vocal than they’d like to be at this point. Notice how little Mitt Romney spoke last time with those wackaloons in 2012 on stage stealing the show(Herman Cain, Michelle Bachmann, Mike Huckabee, Rick Perry)! The difference is that none of those candidates made any dent as far as ratings.