Well, I found my notebook with my FASERIP BPRD notes in it in my daughter’s room after a few weeks of looking and even starting over in another notebook! I have a lot of notebooks and they have random ideas in them all over the place. I realize that most of them are places of dead roads that nothing will come out of except the fervent act of creation itself in the moment and that’s just dandy, but sometimes I have stuff written down that I aim to do things with, like finish a LotFP module the cartography of which ALSO was in the lost notebook! (one demand I have of my non work notebooks is that they are all graph paper). So now I need to finish off the maps and get this thing done. 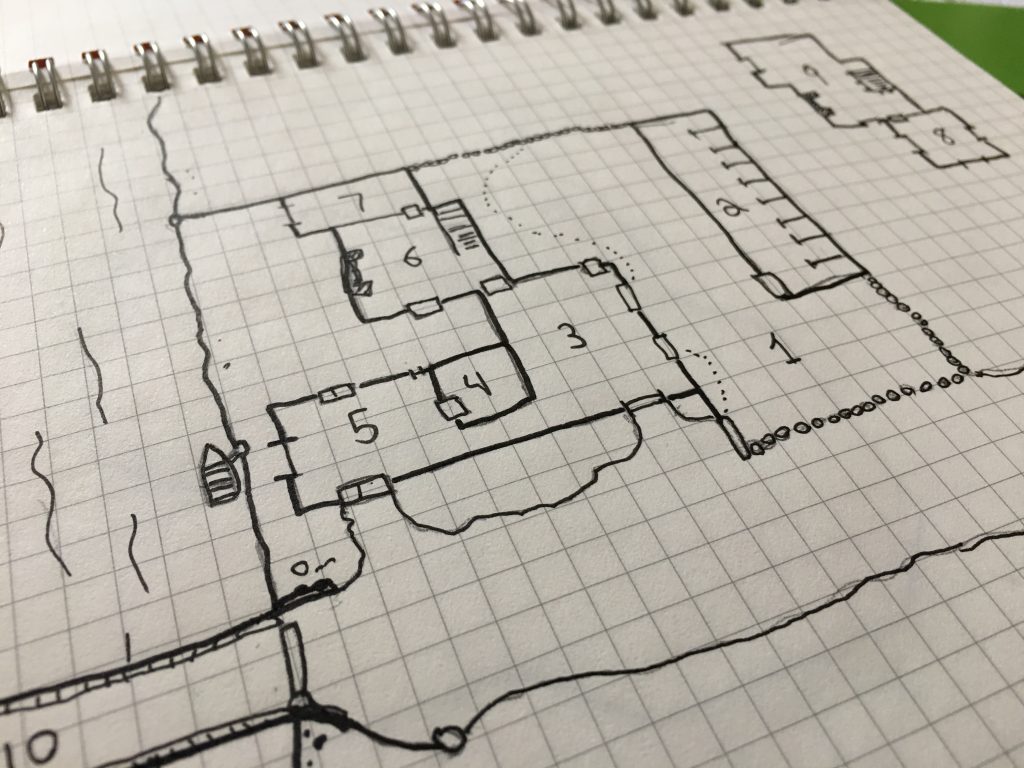 Another issue is playtesting. I’ve had the thing read over by a few people and it’s been playtested once in 5E, but I haven’t done it, mainly because my roll20 group does not generally like the character thresher that is LotFP. It’s something I gotta do. It’s not a long adventure: 3-4 set pieces and some ‘connective tissue’ between if the characters take the bait.

This points to an organizational issue of keeping everything straight paper wise when you run and play 5-6 different RPG’s in a given year (13th Age, Into the Odd, lotFP, Mythras, FASERIP and Dungeon Crawl Classics in 2017). What I’ve started doing after my ‘trapper keeper’ idea sorta failed (it got filled with stuff from all sorts of games and it’s a fuckin mess) is get one of those zipper folders and put all of the crap for that game you are running inside. It has to be totally self contained except for the rulebook (which shit for most games you don’t even need if you’ve played enough), but if you have a small rulebook like the LotFP or Into the Odd books, throw it in there too. So, that’s all character sheets, the module, any previous module the characters have run through (trust me on that one, you’ll need it),  and all session notes. The key is to have EVERYTHING there, even if you have to throw a 95% empty notebook in there (what are they? 2$?), it’s worth it so you can grab and go even if it has been years since the last time you’ve run it.