Well it was busy and fairly drunk with a lot of Lamentations of the Flame Princess played.  I’m tired as shit this evening on account of steve’s snoring Sunday morning. My god it was like a constant fart noise for 2 hours from his fucking MOUTH.  We should bring a portable CPAP machine to stick on people that fucking snore during gencon– there is SO LITTLE TIME TO SLEEP in the first place.  Since it was all burgers and sugar and beer and lack of sleep I’m going to need that XXXXXXL they are always sold out of.

I liked this year’s con.  I had all the homies there, though so many that I didn’t get to game with all of them unfortunately, but it was great to see Dan at the Cool Mini or Not line 10 minutes into the con.  Overall, it was very crowded, and for sure I want to hit Gameholecon and some of the other mid-west ones as a contrast this year.  I’ve always had a lot of fun at Plattecon and that’s TINY.  The overcrowding filled my fucking 3DS with PALICOS, which can only help the Monster Hunting right?

Lots of ‘news’ this year of you give a flying fuck about this sort of stuff.

First, the Zak S win of ennies for best writing, art, and another one for Red and Pleasant Land. D&D5 won about everything else, because D&D5 is very well designed and the books have top drawer production values.  Apparently, in absentia, the Red and Pleasant Land guy was heckled by people when the win was announced and apparently it was one of the writers on the Marvel Heroic RP game(!?).   Also, read this.   People in gaming, no doubt about it, have the tendency to have a lot of social problems.  GENCON with it’s sights and smells is case in point. When I can watch two fat dudes with pants 10″ too tight with their bone-white bellies hanging OUT below their tshirts by 2-3 inches and not bat and eye (and not have them constantly pointed at and laughed at by others, which would sadly or rightly would be the norm) or have someone who stinks like a cesspool walking around and not be phased (nor have other people make fun of that person openly by throwing soap at them, as would sadly be the norm), gamers are both an accepting and really, really socially struggling group of people.  I won’t say our group isn’t terrible (which you will see from the coming pictures) and since the late 80’s we’ve built up a set of pictures that would send Richard Simmons into a fit.  There was a day where we were playing Legends of the Five Rings or something CCG in about 1995/6 and there was a man that was as wide as three people with dirty sweat pants leaning over a massive FORTRESS EUROPA table.  He farted there with his belly pressed over the table for hours until we couldn’t smell his ass-breath anymore.  We took grainy pictures on a small camera and from that day on, a hobby was born.

Second, Games Workshop was actually at the con this year, and this is the first time I remember them being there for maybe a decade? What I saw on shelves were MASS amounts of boxes of Age of Sigmar all over the con both at the GW booth and retailers.  The amounts of these boxes did not change and I never saw anyone with a box.  I did see people buying shitloads of 40K stuff as normal.  The diorama with minatures was nice looking, but I just can’t get past the shitty rules to even consider it.  AoS might not tank, but certainly it’s core demographic was not at Gencon this year.

Third, Runequest was rolled back into Chaosium announced at the Con, pretty near when we were playing our game with Lawrence Whitaker of Design Mechanism.  I noticed all the RQ guys I saw wearing Chaosium tshirts and was like: huh? However, based on the press release I think this is a good thing for the game, though if you have the big ass beautiful RQ6 book, HANG ON TO IT.  We may not see it’s like again.

Fourth, where was WOTC? There was no TSResque castle that I saw, no D&D booth in the main hall, no MTG lines all over the place.  D&D 5E has taken the reigns and just needs to ride.

Last, was the Ken Whitman drama over the Knights of the Dinner Table live action stuff.  I saw what I think was one of the actors standing around outside a booth wearing a strange red wig for awhile.  I think a core issue there is that, despite the costume, he looked like 15% of the crowd.  Basically this guy was supposed to make some live action Knights of the Dinner table shorts, got kickstarter money and was supposed to have a filming of the shows at Gencon.  Seems normal, but apparently people doubted the films would be done at all, and everything was sketchy as hell.  I’m not seeing any info on what happened, but something to keep tabs on likely here.

While I just went there to game– there was too much internet kerfuffle to not pay just a small bit of attention to this crazy ass stuff.

Here is my fucking loot picture. 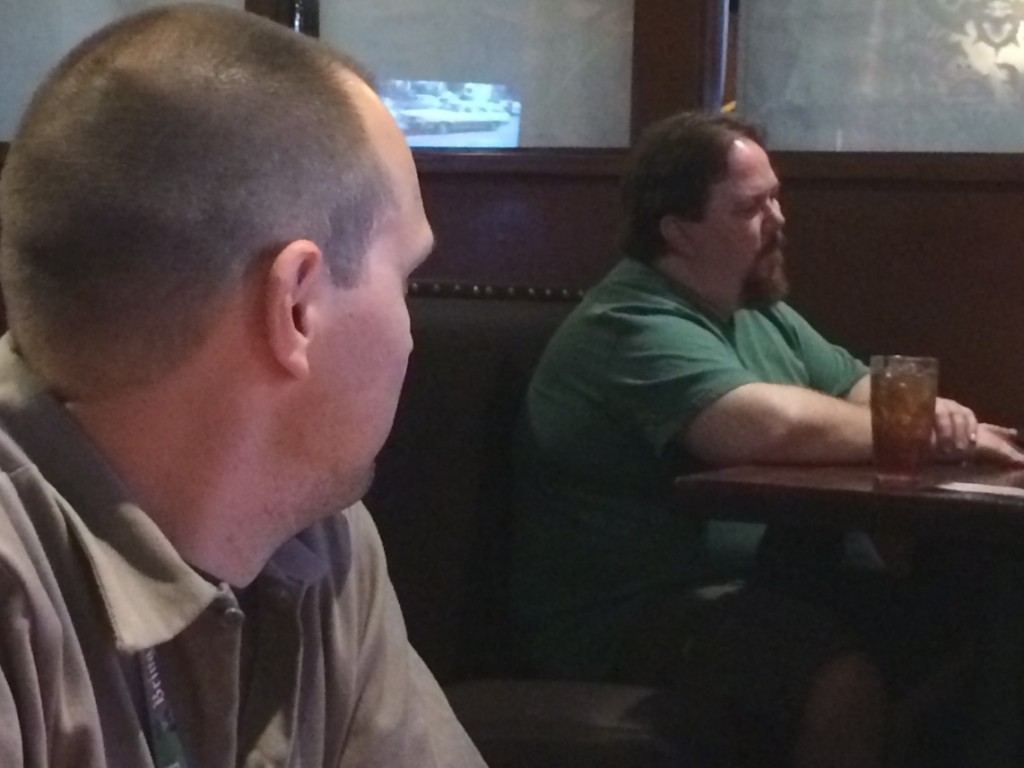 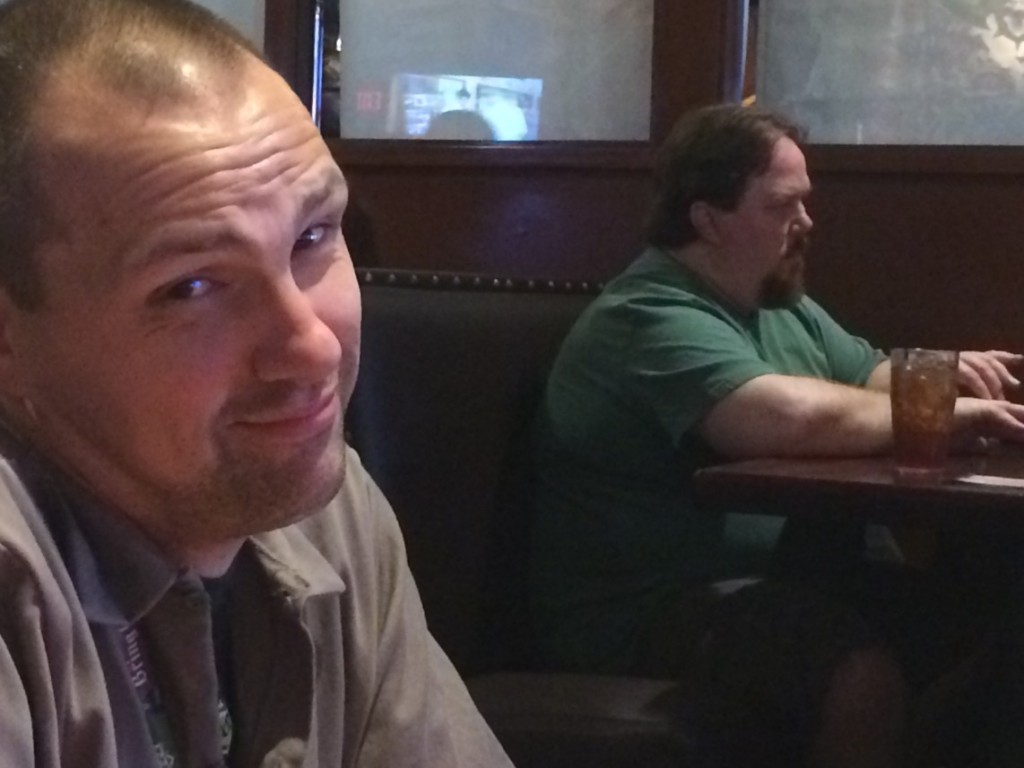