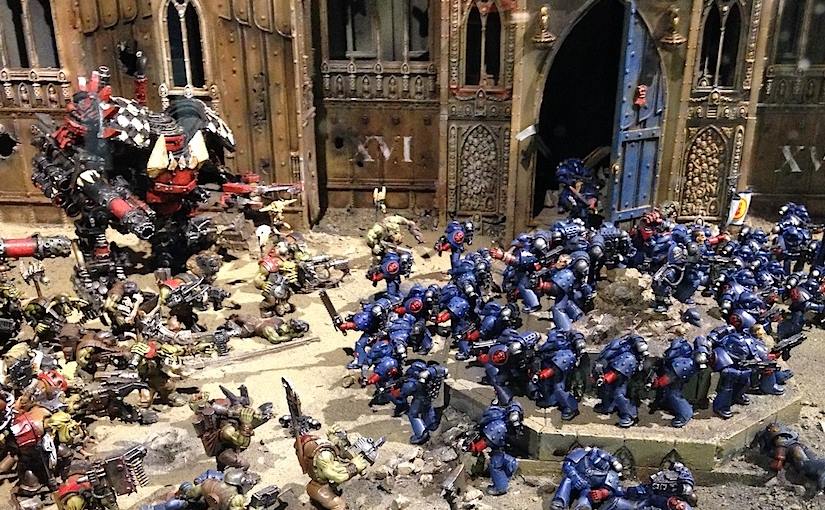 This is an excellent interview with Rick Priestley on the inception of Warhammer and 40K and those two big beautiful books from the 80’s that I still pour over from time to time (3rd edition Warhammer and 1st edition 40K that is).

With the release of Gates of Antares, which does not have the amazing aesthetic that 40K does (what with Jes Goodwin and John Blanche), we have Priestley’s seminal rule set for sci-fi gaming.

“The fact that the Space Marines were lauded as heroes within Games Workshop always amused me, because they’re brutal, but they’re also completely self-deceiving. The whole idea of the Emperor is that you don’t know whether he’s alive or dead. The whole Imperium might be running on superstition. There’s no guarantee that the Emperor is anything other than a corpse with a residual mental ability to direct spacecraft.

“It’s got some parallels with religious beliefs and principles, and I think a lot of that got missed and overwritten.”

“When you’re doing something something as wacky as a huge toy soldier game with goblins, it can be a bit of a tough sell. But when people can see how glorious it is, see the beautifully painted armies and all these people hooting and hollering and rolling dice, it gives you an instant idea of how much fun it is.”

“The studio, the creative part of Games Workshop, had always been kept apart from the sales part of it. One thing Bryan said was that if the sales people got to be in charge of the studio, it would destroy the studio, and that’s exactly what happened.”