After about 9 months of slowly collecting and reading the Invincible series, I was looking around for something GOOD in the comic store. There are tons of excellent comics tucked away between all the endless trash that comes out every month, but you have to search for them. While amazing art abounds, good or even passable writing is VERY hard to find in comics these days. I was looking for issues of the GODDAMNED (a story about Cain pre-flood that was pretty solid in the beginning) and came upon SPACE BASTARDS.

Space Bastards is a multi-writer, multi-artist affair and usually I hate those types of titles, the lack of a consistent artist to me is usually super annoying (BPRD and SUPREME by Image comics are good examples of this). However, Space Bastards has good artists, not all of them I like or I think are fit for the material, but there are a few that just NAIL it, like the esteemed Simon Bisley. I gave it a shot and the first issue I read was #6 and it had a part that I laughed out loud at– read again and laughed again. That has happened so rarely in most comics (with the exception of Groo!) that I can count the incidents on one hand. The story is a biopic about Chuck “Magic” Wagon and how his alcohol fueled rampages lead him to join the Intergalactic Postal Service; which is what the overall story is about. This particular comic goes completely off the rails as Chuck Wagon spirals into drug induced madness from which he never recovers. If you only read one issue, this is it.

Later issues concern the meta-plots more and having jumped in mid-series, I’m not super sure what’s going on, but that’s half the fun. Number 8 starts with an incredibly long rant/speech by one of the characters which is normally something comic readers can rarely abide, but this shit is psychotic and sociopathic GOLD. Not only are the characters violently insane for the most part, they are manipulative, capricious and none of them trust each other. While this is no League of Extraordinary Gentlemen with it’s both subtle and overt betrayals, it’s extremely compelling to just not know what the hell some of the characters are going to do and say at any given moment as they are prone to bouts of complete madness and mental breakdown. Recommended.

While my daughter said “this looks like it has a 2$ budget” from the trailer, she will be forced to watch at least the first episode of Invincible on Friday.

I passed the comic up at the comic store based on how…. lame the main character’s uniform is. It’s striking, but looks like Elastic Man with different colors. However I gave it a try and the comic is good, easy reading, especially after I’ve been on the Alan Moore stuff for so long that is both text and artistically dense as hell (mostly due to Kevin O’Neill–wow) and let’s see how the show follows suit. There is a BIG twist in the series that doesn’t suck at all, mostly because when the twist happens, that’s when the story really starts– If you find it slow at first, stick with it early on until, well, you will know.

There are some parts that get tedious, but when the fighting starts it gets good in the same vein as Savage Dragon (who is in the series as well). The super hero battles deliver on a level rarely seen in DC or Marvel stuff and because the characterization and development is so strong outside the fights, they don’t turn into just your standard early Image constant battle comics (see 90’s Cyber Force, Brigade, Youngblood, Supreme, WildCATS, Stormwatch… did I miss any?). 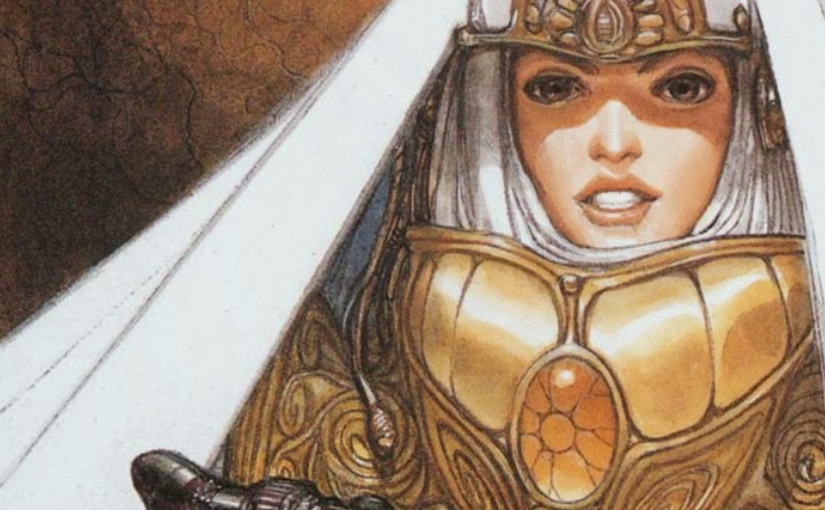 Juan Gimenez passed away last week. He was the illustrator on Jodorowsky’s METABARONS among many other comics. For me he represents the style of marvel’s EPIC magazine and Heavy Metal from the 80’s in it’s best form.

METABARONS is totally insane sci fi. Reminiscent of DUNE in it’s parts, but taken to a totally new level of extremes. Like most of Jodorowsky’s comics, it gets a bit TOO straight to the point without much in the way of sub-plots or supporting characters (similar to Royal Blood). However, it’s highly recommended and pretty cheap to pick up. The art is, of course, over the top awesome.