A LOT of games came out during 2021 despite supply chain issues, despite shipping issues and despite a lot of people working from home. It was a deluge…

Quantity does not equal quality though, and many of the games I saw or looked at were the same old tired worker placement point salad that everyone still seems to be pretending are fun to play after basically playing the same game with different art over and over again for the last five years. While not endless trash like Hollywood, and endless stream of the same thing.

That said, there were some interesting games that came out in 2021, likely many of which I didn’t get exposed to yet and will sometime in 2022 as the better games start to bubble up from the vast amount of chaff. Here’s what we got to play that was new this year.

Bloodborne: The Board Game

Well this was another giant CMON game I fell for and spent a lot of money on. With only 2 plays so far I’m not sure it was a good idea. This game is basically Hellboy with a strange card-driven combat that at first is totally counter-intuitive. While this might not see much play, the miniatures are incredible and I really just need to paint the guy with the Kirkhammer and I’m satisfied. I have a few friends that are really into Bloodborne so this may hit the table at some point. Otherwise it’s another Zombicide: Invader that just did not hold any interest even for my kids after a couple plays. CMON has some great games, but they rehash the heroquest/tons of miniatures thing over and over again, and again.

Dune: A Game of Conquest and Diplomacy

This is a shorter, 4 faction version of the original 1979 DUNE game from Avalon Hill by the original design team. Got in only one play and I think this is a winner if you want the feel of the original game but want to bust this out on a week night instead of a weekend. There are a couple modifications that shorten the game a lot (like no auction phase) which I like, but part of me wanted to get out the real game. I will try to get this to hit the table as much as possible this year.

Ahhhh the Pax games… this was an odd one, even for Pax games as it’s much less like the original (Pax Porfiriana) and more like Merchants of Venus or Wasteland Express. I played this only one time with 6 players (mistake) and so I can’t really see where this one’s core draw is yet. Probably a sleeper hit that has just not gotten to the table again yet. The circle shaped cards are.. interesting…

This I’ve only played once so far and am interested in playing more. It’s an LCG with many of the same rules from Jyhad/V:TES from back in the day, but shorter playtimes and some different win conditions. This being an LCG, it’s hard to judge after just one play and fumbling through the rules at that. One to watch. It has to compete with one of the best games ever: Shadowfist so let’s see what happens.

Spartacus: Game of Blood AND Treachery

This is a new reprint of an older game with new art and slightly adjusted gameplay. I LOVE this game and can’t wait to play it more. It’s very silly, the table talk and interaction is hilarious and the backstabbing feels wonderful to be on the receiving or giving side. Yes, it’s a classic and not really new for 2021, but this version hopefully will get an expansion or two to round out the game and add more players! I really like the card art compared to the photos from the show as well.

I’ve saved what I think is the best for last. The Hunger is a very new game by Richard Garfield, and after two plays, this is one the family can agree upon as good which was a Christmas Miracle! It combines a race game with market manipulation and deck building into an awesome blend of mechanics that go way beyond the sum of it’s parts. My only small complaint is that the board can be tough to read due to how glossy it is. This would be better matte for sure. The original name for this was Fat Dracula or Fat Vampire and that’s what we call it because your vampire gets fat and slow as the game progresses if you are not careful and can easily burn up to ash at dawn, giving it a wonderful Dungeon Quest feel. Like Dungeonquest, you don’t really effect the other players during the game except to bump them off spots on the map if you land on them. Most of the time the lack of interaction is a big deal breaker for me, but with these push-your-luck games it has proved to be acceptable. It’s the big non-interactive Euros that really put me to sleep.

There you have it, I have some work to do with playing games released in 2021 now that we are in 2022, namely ANHK and the new Cthulhu version of Battlestar Galactica: Unfathomable.

For 2022, I’m pumped for Stationfall and Bios Mesofauna the most, with the new version of Massive Darkness in third place. 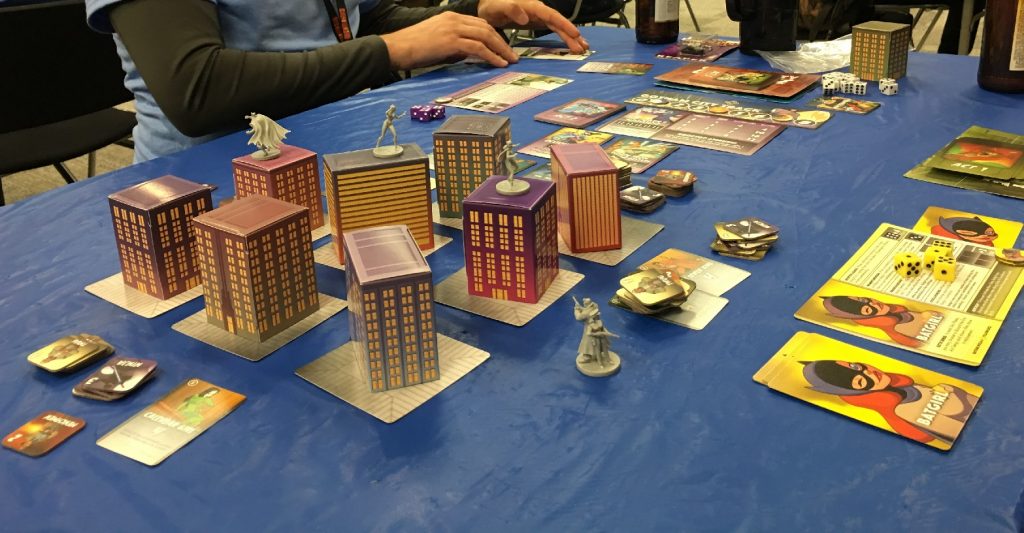 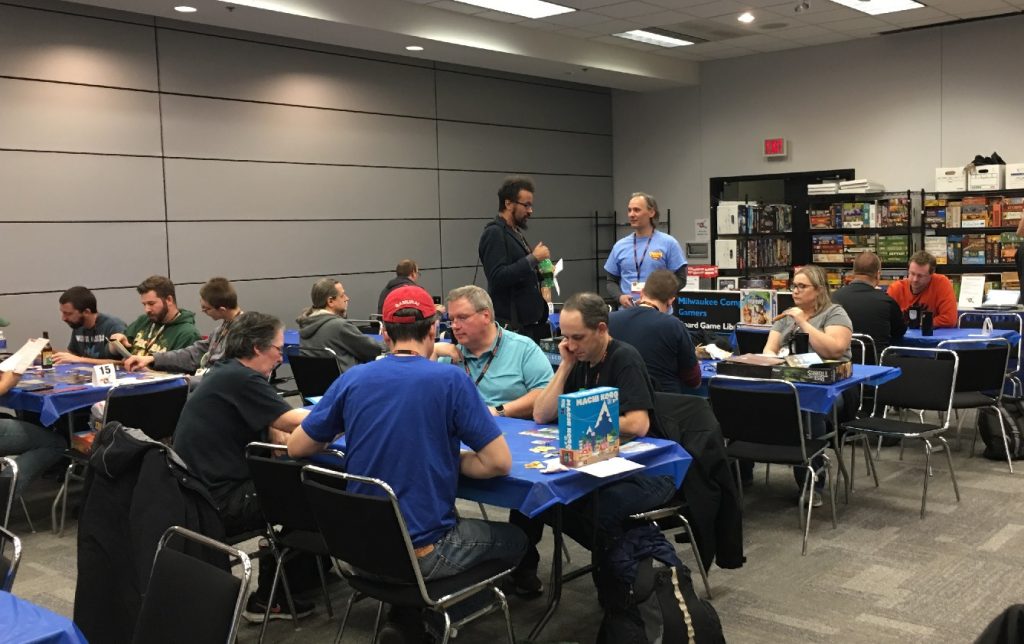 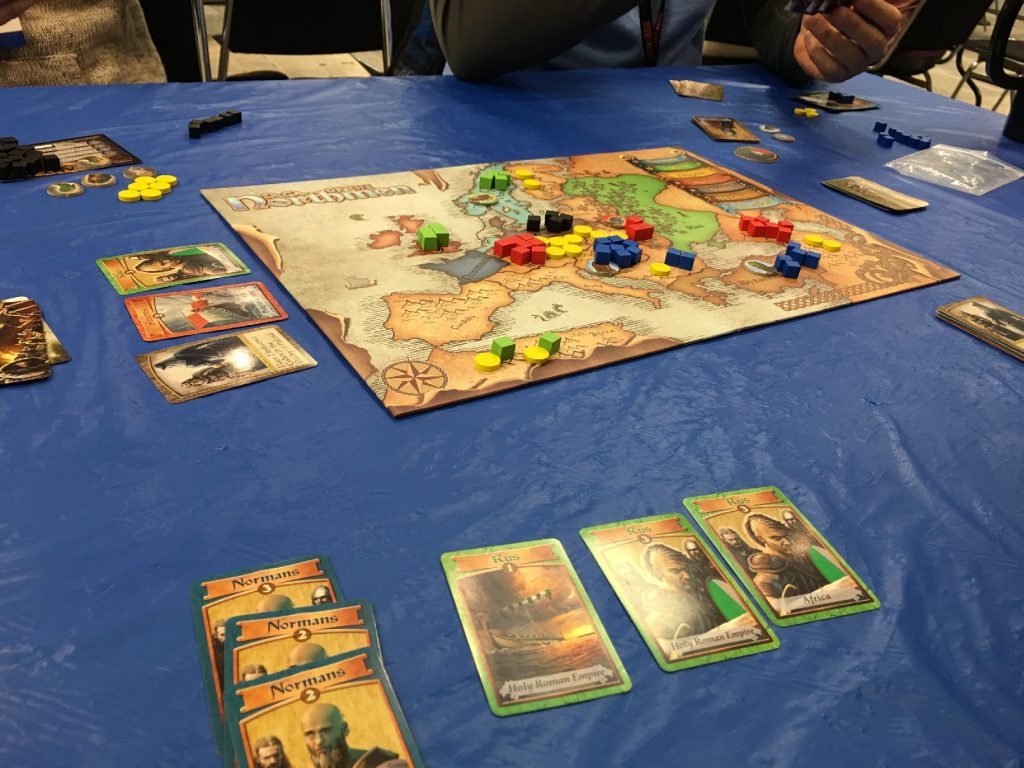 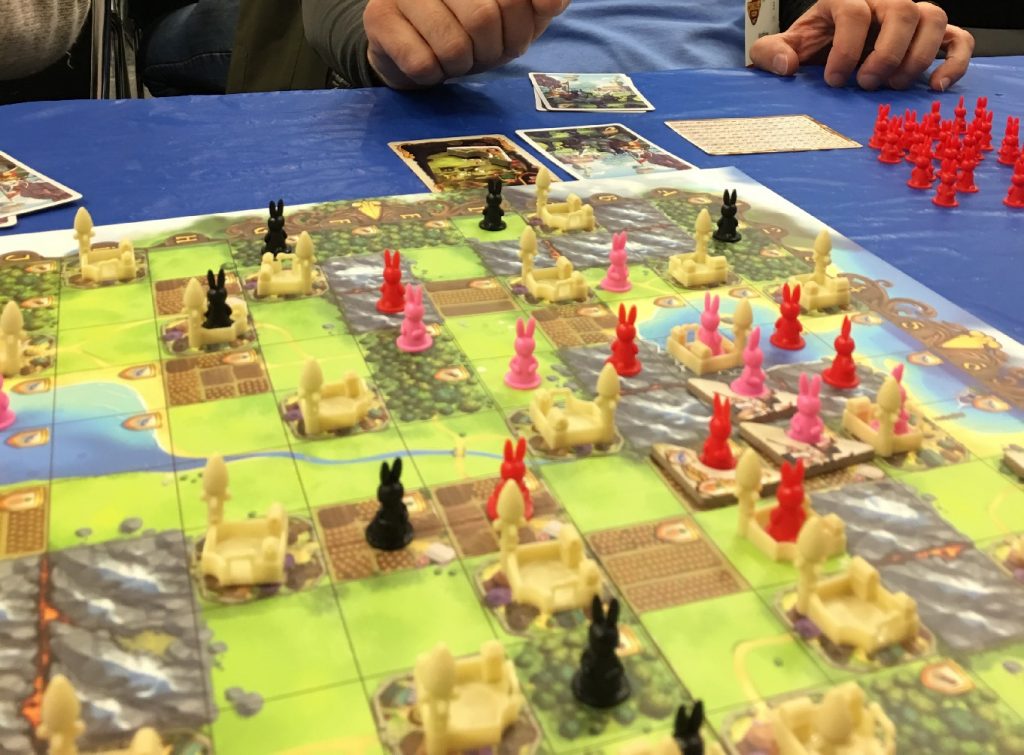 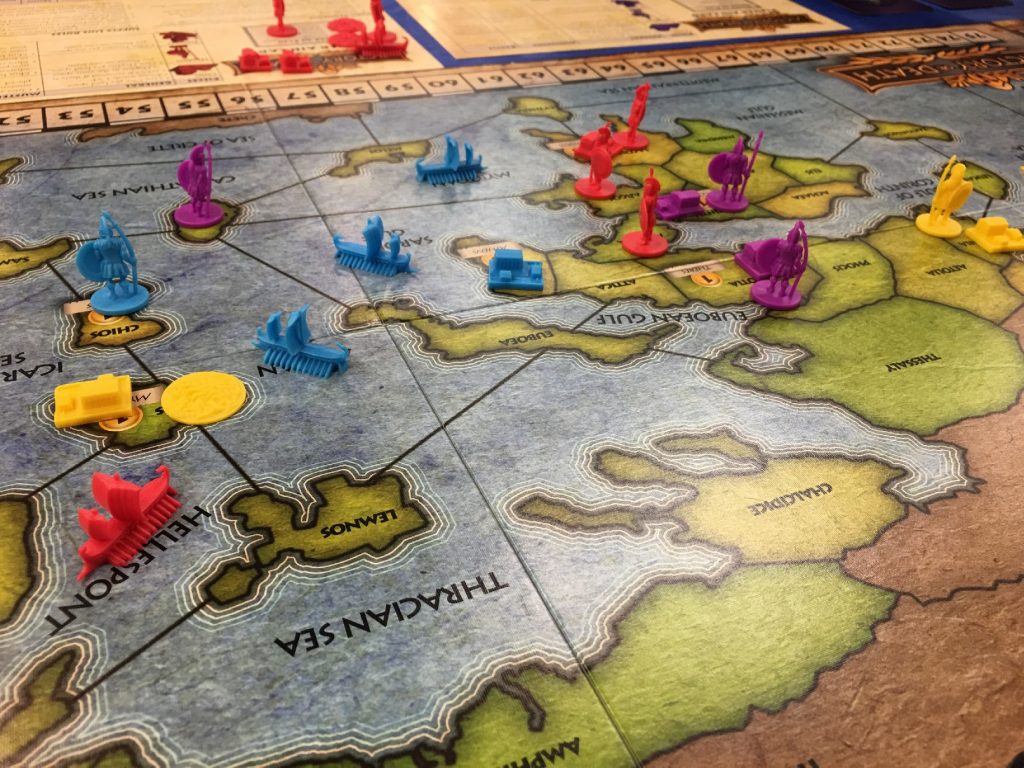 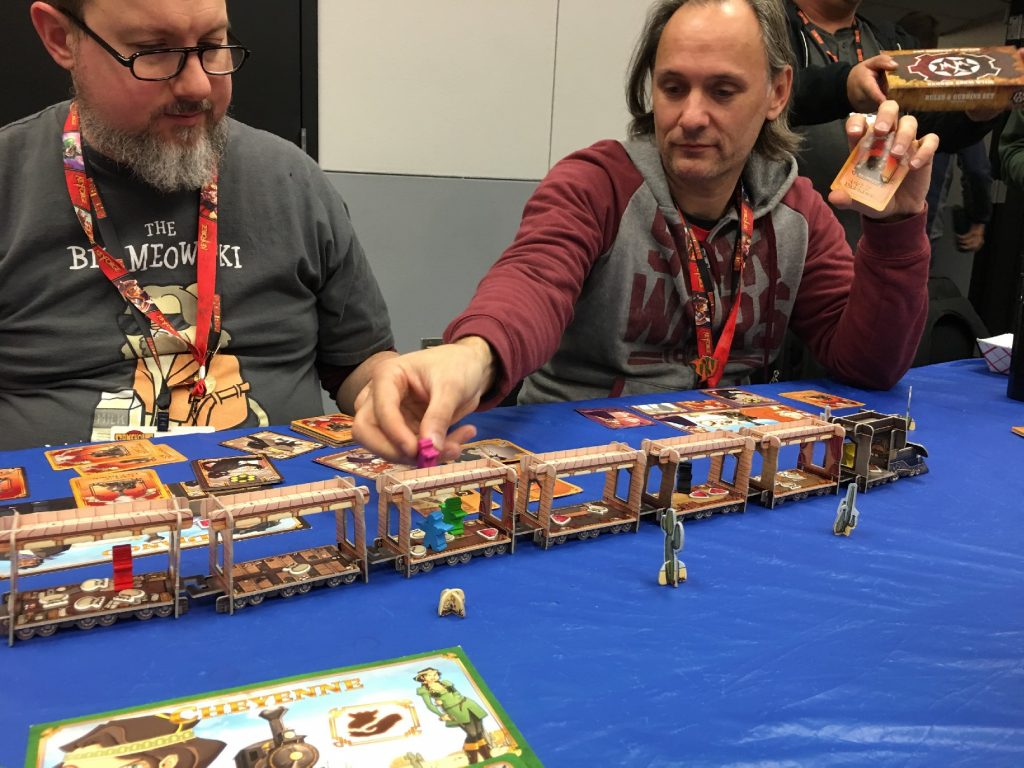 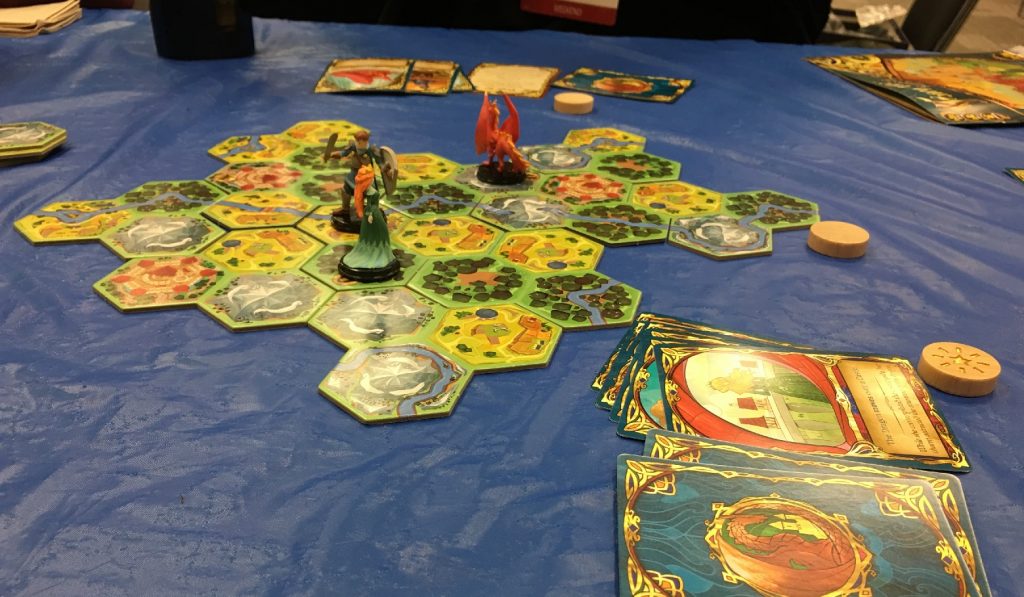 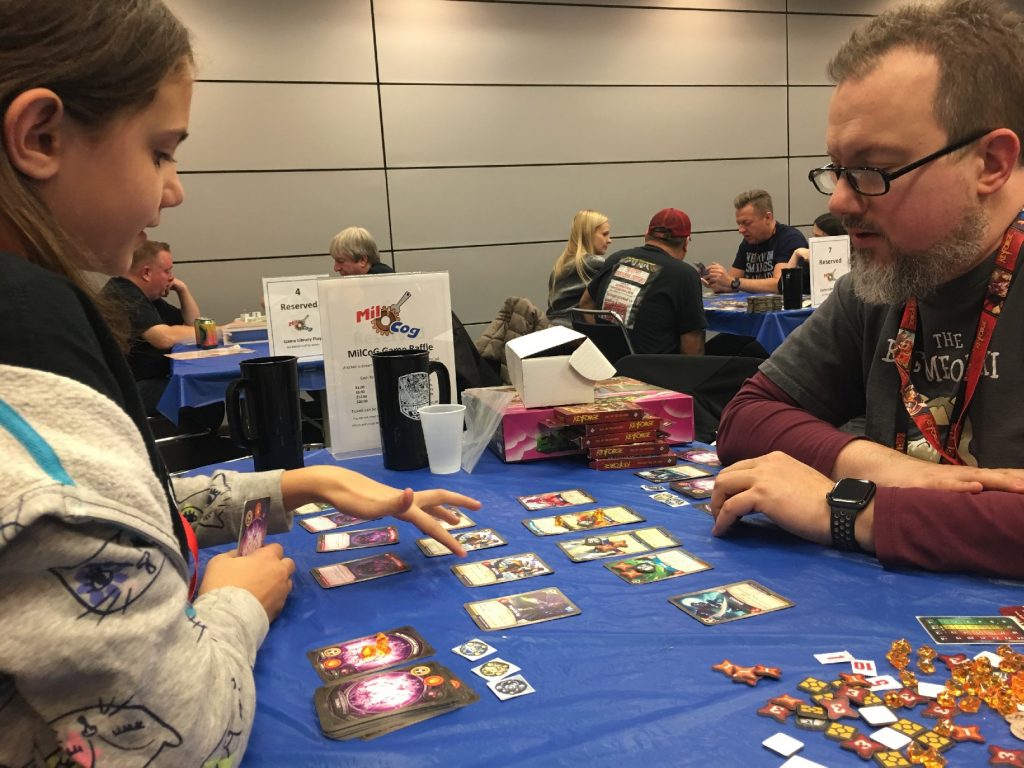